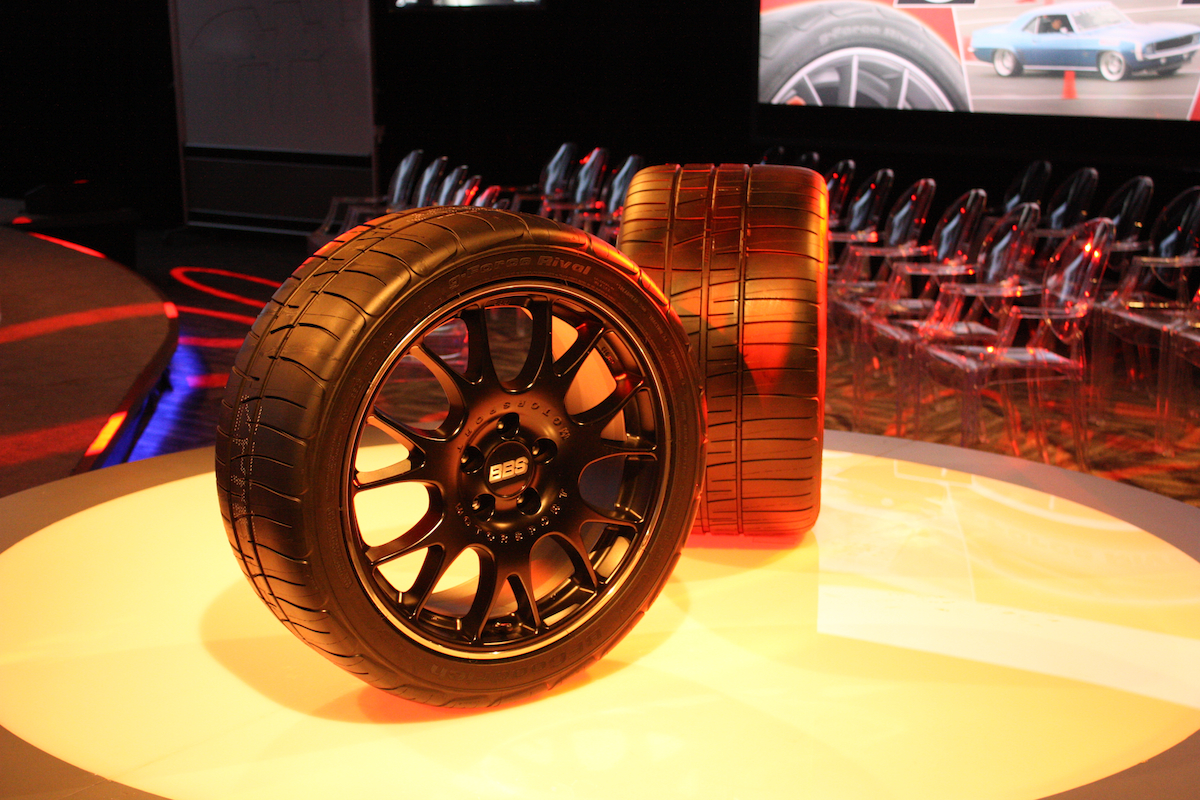 Tires may be one of the most overlooked components on your car. When plotting upgrades, most enthusiasts think “more power” first, followed by a stiffer suspension and more aggressive brakes. Tires, if they make the cut at all, are often relegated to the bottom of the priority list.

In terms of added performance, tires really should be at the top of your modification list, because the right set of tires can have more of an impact on lap times (or handling in general) than any other mod on the list. Tire maker BF Goodrich has been preaching this gospel for decades, and its products have long been a favorite of both racers and serious drivers alike. When a company like BF Goodrich says they have an important new product, we tend to listen carefully.

That product is the g-Force Rival extreme performance tire, which is meant to bridge the gap between its street-oriented g-Force Comp-2 and its competition DOT-approved racing tire, the g-Force R1. With a Uniform Tire Quality Grade (UTQG) rating of 200, the Rival will be eligible for any racing series that requires UTQG ratings of 140 or higher, while still being suitable for street use.

Like the g-Force Comp-2, there’s a lot of science behind the design and construction of the g-Force Rival. To reduce sidewall flex and maximize grip, it uses BF Goodrich’s Performance Racing Core construction, which includes a stiffening band in the tire’s sidewall. The company’s Equal Tension Containment System (ETEC) ensures an optimum contact patch shape at speed, which helps increase driver confidence at the limit. 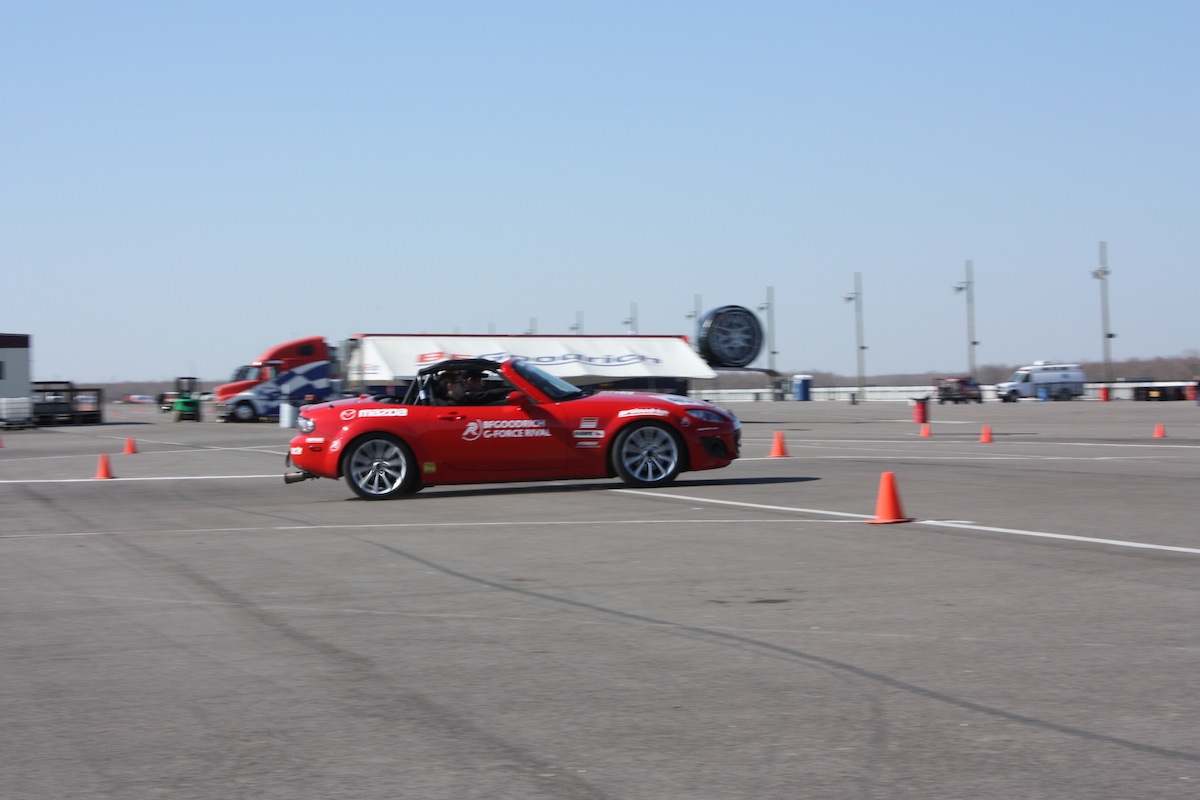 The MX-5 Cup car on the skidpad

Even the Rival’s unique tread pattern has some serious engineering behind it, with features like the Extreme Tread Edge (ETE) which wraps the tread compound farther down the tire’s sidewall for maximum grip at the tire’s limit. Lateral Draft Angles of the tread ensure that the tires blocks and ribs don’t “stand up” under high g-loads, which promotes better grip and longer tire life. Chamfers do the same thing at the edge of the tread, ensuring that the tires feel as good on lap 10 as they do on lap 1.

Buyers want tires that look good, too, which is why the Rival features things like saw-tooth tread edges on the lower shoulder and claw grooves across the tread, though both ultimately help with grip as well as appearance. The Rival will come in two basic designs, with tires over 265mm getting a four-rib design and tires under 265mm using a three-rib design. 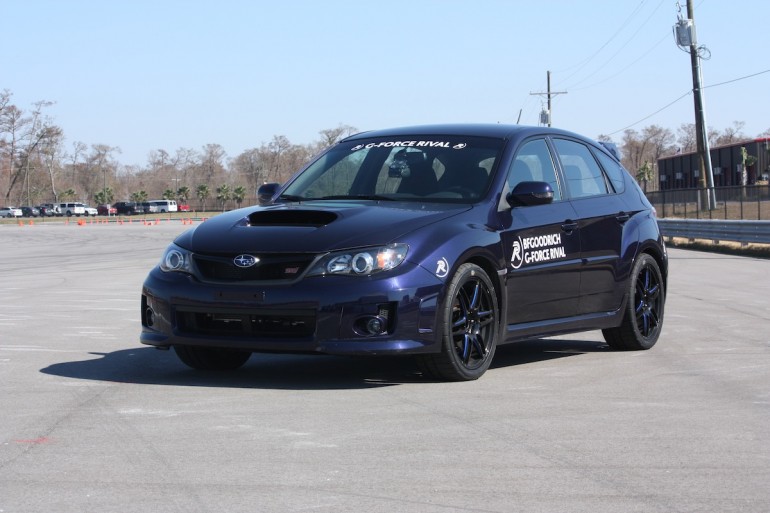 On the skidpad, we saw around 1.05 g with the street-oriented Comp-2, but that quickly jumped to around 1.16 g with the Rival and 1.2 g with the R1. The biggest difference in feel was between the Comp-2 and the Rival; put another way, the Rival felt like a racing tire, but with a larger window of forgiveness when driven at the limit. 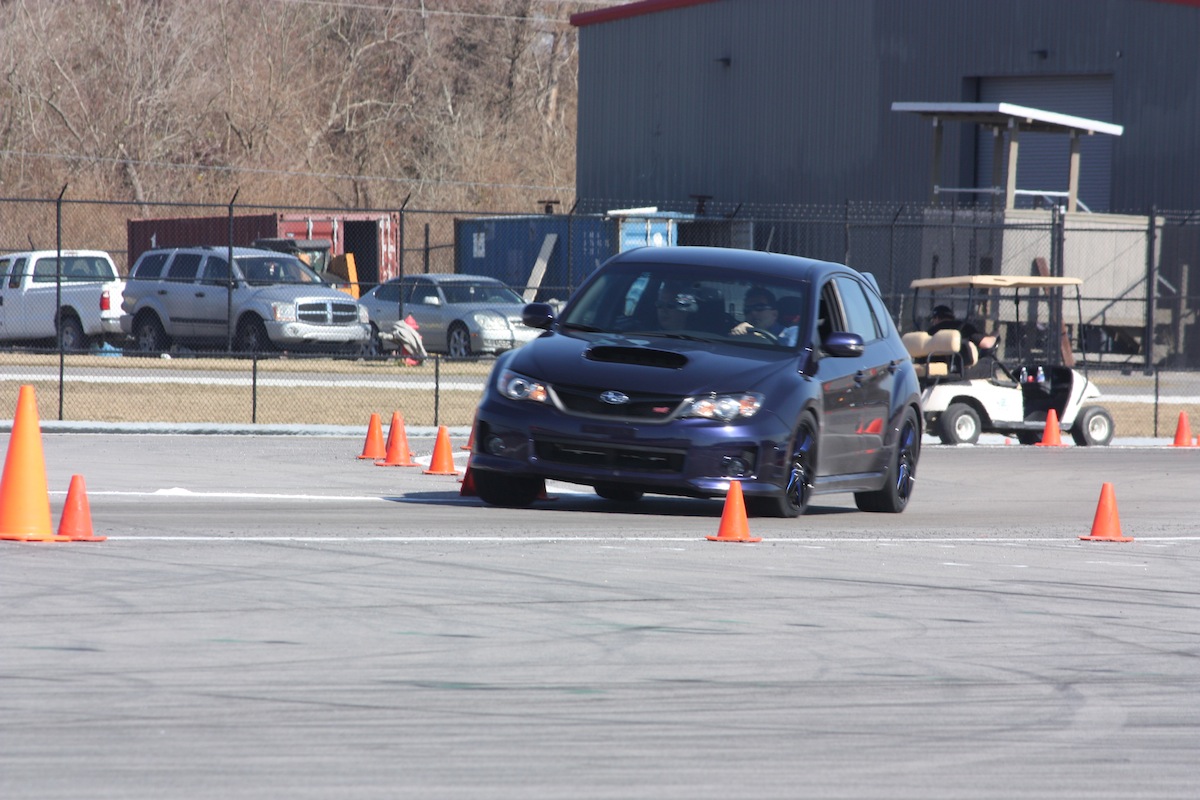 Using up tires and brakes, all in a day’s work

The next event was a short-track autocross in the Subaru WRX STI, which compared the Rival to the Hankook Ventus R-S3 and the Toyo Proxes R1R. We drove the Rival first, which meant our performance would be the worst since we hadn’t learned the course. The Hankook R-S3 followed, and the difference was immediately obvious; the Rival turned-in quicker and provided better lateral and longitudinal (braking) grip. The Toyo performed even worse than the Hankook, and we were quietly screaming “stick, you bitch” as the Toyo-shod STI plowed through ever corner we took. Confidence-inspiring, the Toyo was not, and its chewed-up tread at the end of the day was evidence that it really wasn’t in the same league as the Rival. 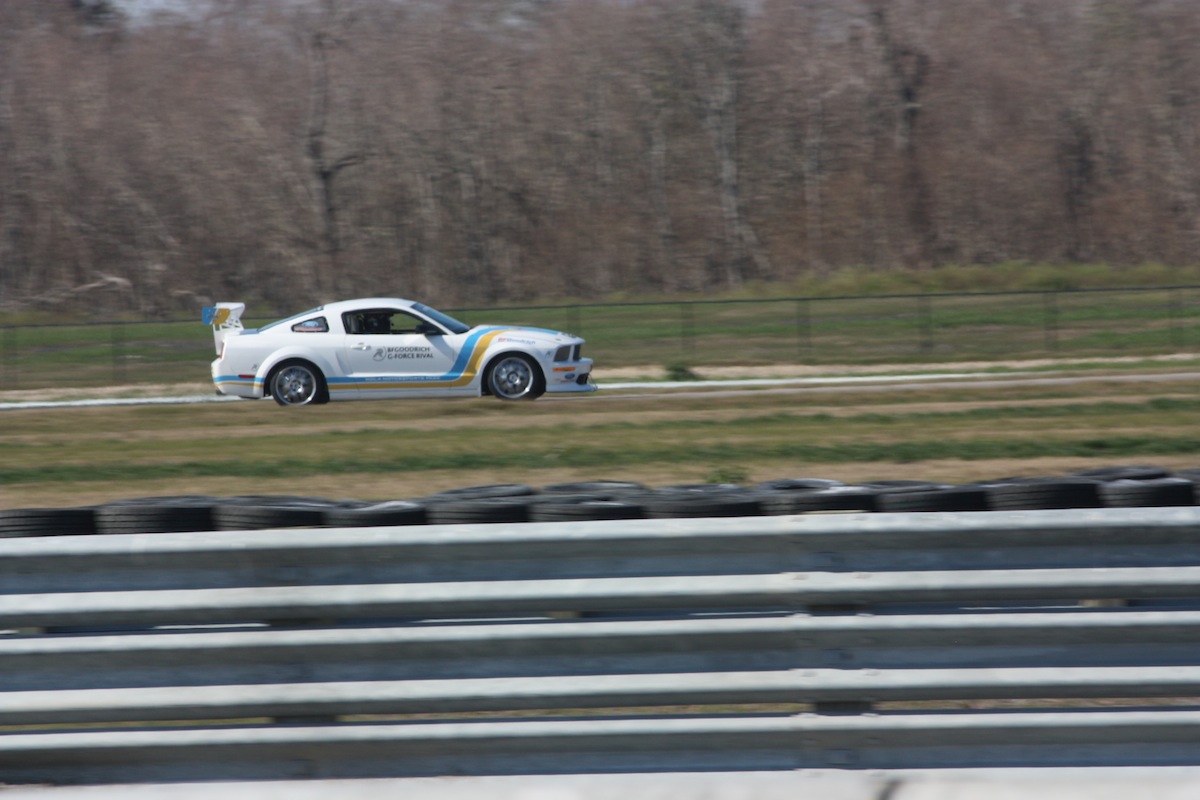 The Mustang FR500 at speed

The next event was a full-on track drive in the Mustang FR500 racer, benchmarking the Rival against the Falken RT-615K. New Orleans Motorsport Park has a front straight that’s nearly one mile long, so we were able to generate some serious velocity in testing both tires. While the Falken was good, the Rival was better, providing much more consistent feel on successive laps. The Rival was more forgiving of our ham-fisted driving (which we blame on it being an unfamiliar race car on an unfamiliar track), too, which is a definite confidence-booster for those just starting out in motorsports competition. 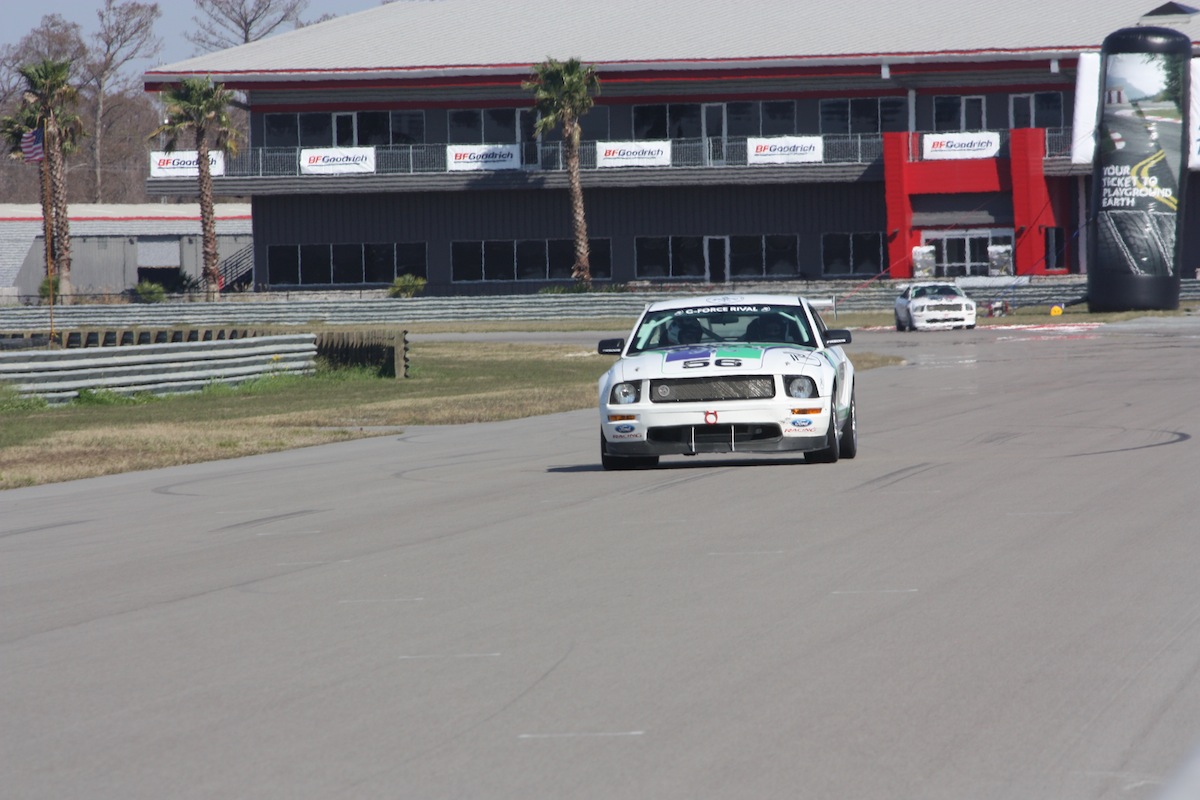 The final event was a long-course autocross in the E46 BMW M3, again comparing the Rival to the Hankook Ventus R-S3. Perhaps because it was a more familiar event for us, this is where the Rival’s advantages really stood out, allowing us to brake later, carry more speed into corners and get on the power sooner. When the Hankook tire reached its limit, the transition from grip to oversteer (or understeer) was abrupt, and we found ourselves having to fight the car to get a decent run. The Rival gave us no surprises, delivering predictable grip and a much more forgiving loss of traction when its limits were exceeded.

To call us impressed is an understatement, since we have nothing but respect for the tires we benchmarked the Rival against. If we autocrossed regularly, we’d be mounting up a set of Rivals on dedicated wheels just for competition, since they were noticeable faster than the tires we drove against. Judging from the end-of-day wear on the Hankook and Toyo models, they’ll last considerably longer, too. 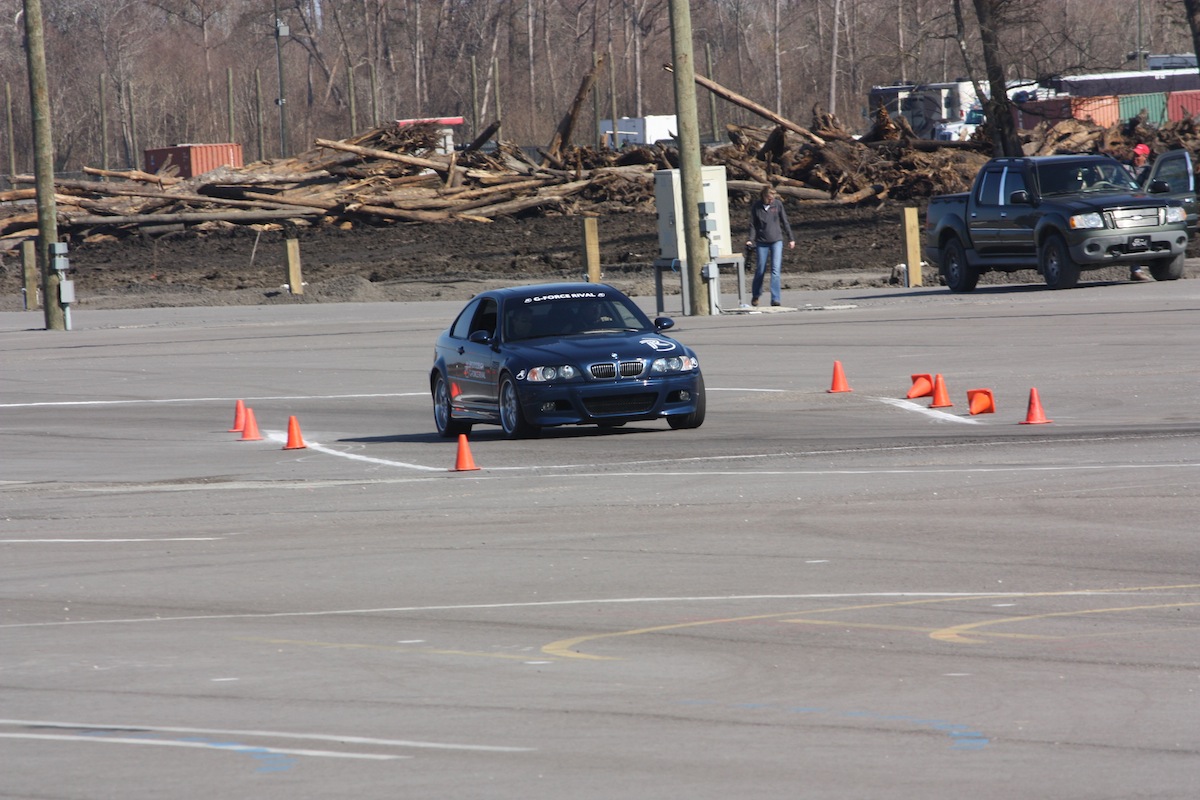 It’s worth pointing out that the Rival was designed to deliver maximum dry grip, which means it’s sub-optimal in the rain. While it’s also reported to be a good choice for damp conditions, it’s not a full-on rain tire; if you’re hardcore enough to run a separate set of wheels and tires in the wet, BF Goodrich recommends its Comp-2 tire for this application.

The BF Goodrich Rival will be launched in 15 sizes, with The Tire Rack handling initial distribution. More sizes are planned for the future, so you may need to be patient awaiting a tire that fits your specific needs.

Disclaimer: BF Goodrich flew us to New Orleans, put us up in a fancy hotel and gave us permission to drive fast cars on a racetrack. If if they hadn’t we still would have been amazed at the performance of its new Rival tire.