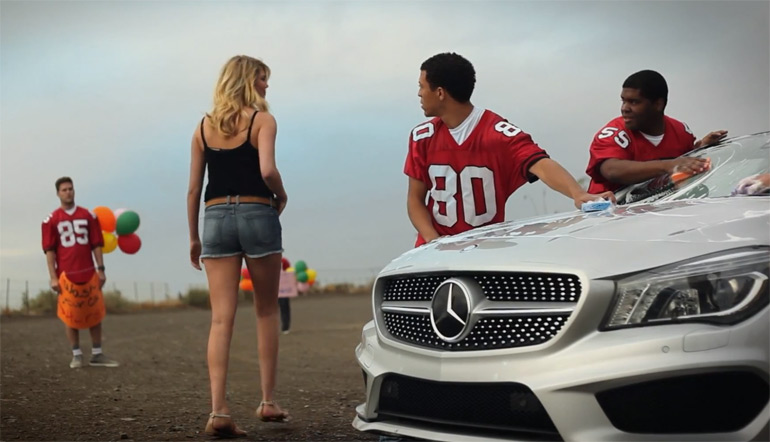 Kate Upton is undoubtedly a the right “figure” for advertising a sexy car. Mercedes-Benz knows this all-to-well as they cast her in their early-release Super Bowl Commercial featuring the all-new 2014 CLA.

In an effort to target younger buyers, the CLA and Kate Upton should be the perfect blend of what “attracts” 20+ year olds. Mercedes-Benz released the 90-second commercial as a teaser to the real Benz Super Bowl ad, which is said to also feature R&B sensation Usher.

Hopefully the new ad will put Benz in a new motion for bringing in a larger number of young buyers into local show rooms. By the looks of the video becoming viral, receiving over 3 million views, Benz may be well onto their way to accomplish their task. What do you think? Hit up the first clip and teaser videos below!