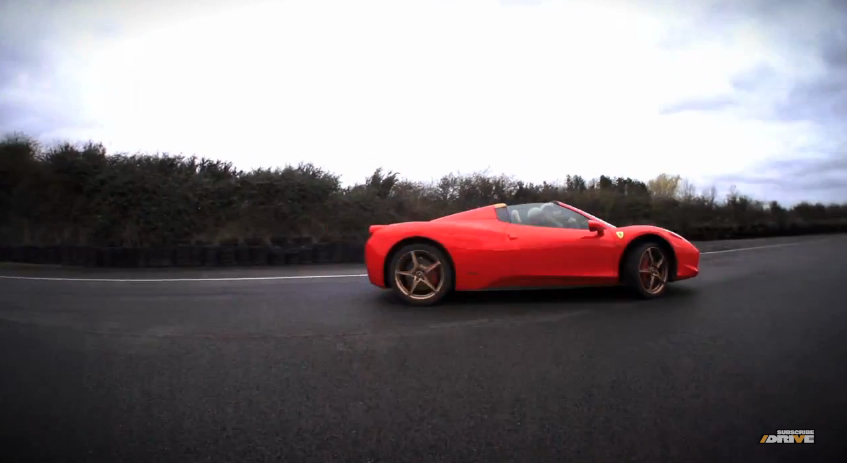 Fans of British auto journalist and racer Chris Harris know he has a love / hate relationship with Ferrari. He admires the Maranello automaker’s ware so much that he recently bought a Ferrari 599 on the used market. On the other hand, he doesn’t necessarily respect Ferrari, since it tends to supply (its hand-chosen) automotive journalists with, um, “improved” products.

In other words, the 458 Italia tested by Road & Track is likely to be a bit faster than the one you can buy from your local Ferrari dealer. When Harris made the mistake of revealing this inconvenient truth, he was hastily removed from the list of Ferrari-approved journalists. Harris bought a 599, then, as it was the only way for him to drive a prancing horse on a regular basis.

When recently “sublet” a Ferrari-owned 458 Italia Spider, Harris knew that a conventional review wouldn’t do the job. After all, the car has been on the market for a year or so, and everything that could be said about the strength of it’s 570 horsepower V-8 engine and impressively stiff chassis has already been penned. There are plenty of Ferrari-approved beauty shots and inspirational videos, but Ferrari 458 Italia Spider hoonage videos are in short supply, something Harris decided to address.

If you’re looking for a video review of the car, this clip isn’t going to do it for you. If, on the other hand, you want to see a 458 Italia Spider driven at its limits of adhesion, tail thrown sideways in glorious displays of oversteer, this is the video to watch.

If Harris was blacklisted by Ferrari before filming this spot, we’re pretty sure he’s earned a lifetime ban with this particular video.