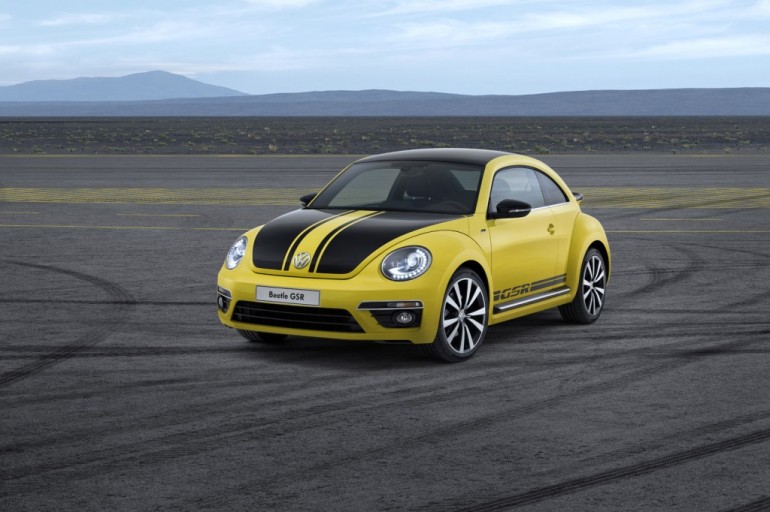 While the original Volkswagen Beetle isn’t a car that most people associate with speed or driving excitement, VW still built the car in several popular limited editions. In 1972, the German automaker released a special-edition Beetle called the “Gelb-Schwartz Renner” (Yellow-Black Racer), or simply the Beetle GSR. Production was limited to just 3,500 units, and sales were restricted to Germany; in two months, the edition was sold out.

At this week’s Chicago Auto Show, Volkswagen is introducing a new Beetle GSR, based on the 2014 VW Beetle Turbo in Sunroof and Sound trim. The GSR package gets buyers a 10 horsepower bump in output (to 210 hp), 19-inch “Tornado” aluminum wheels, a gauge package with clock, stopwatch and boost pressure readouts and R-Line bumpers. 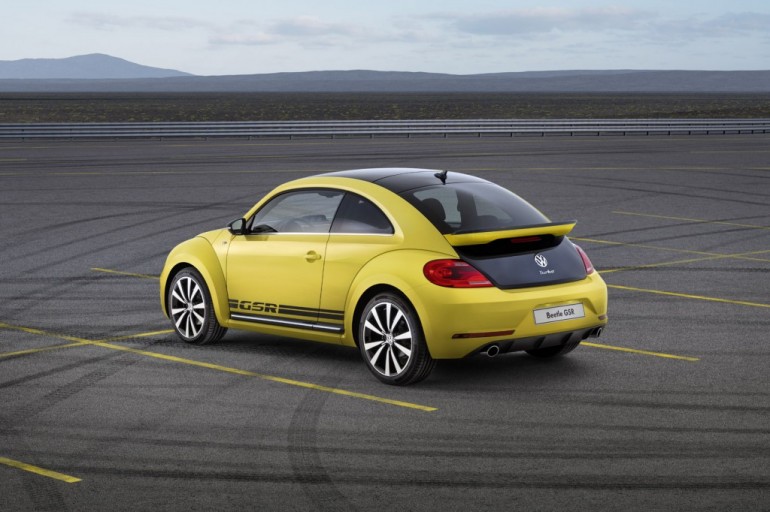 As you’d guess, the GSR wears yellow paint accented with black, and the same color theme spills over into the interior. Black leather seats are trimmed with yellow accent stitching, and the handbrake lever gets the same detailing. A steering-wheel mounted emblem identifies the car as one of just 3,500 built, same as with the original Beetle GSR. 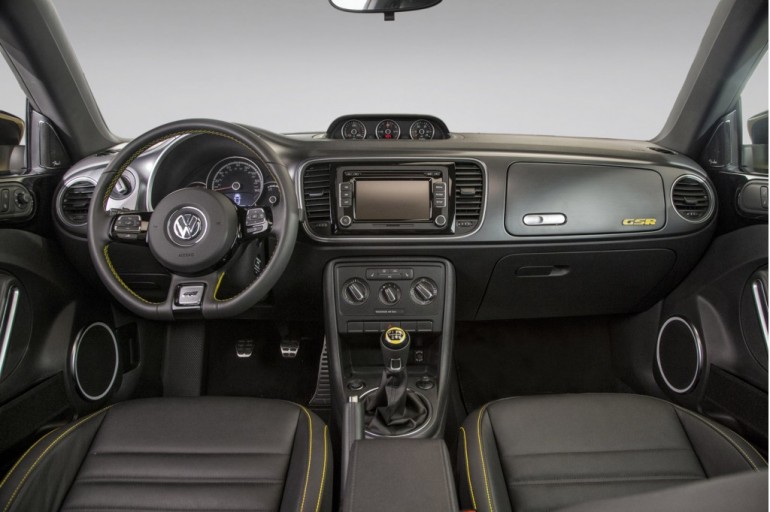 Volkswagen says the 2014 Beetle GSR is capable of a 0-60 mph time of 6.6 seconds, which is quite an improvement on the original’s 0-60 mph time of around 19 seconds. If you want more thrust, higher output is just a phone call to your local APR dealer away. 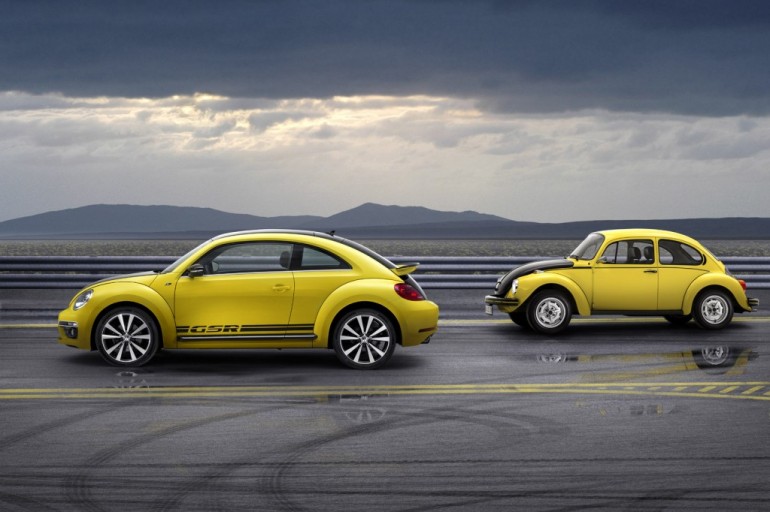 Unlike the original, the U.S. will get production of this GSR variant (though not all 3,500). Look for pricing to be published closer to the car’s third-quarter 2013 introduction.