Audi Returns As A Co-Star In Iron Man 3: Video 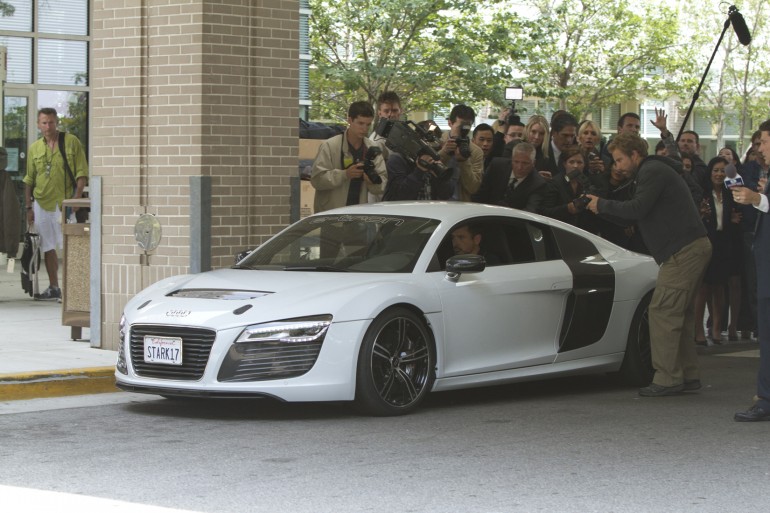 Product placement in movies is big business, since nothing sells goods like more eyes seeing them. This holds true regardless of the product, which is why automakers are scrambling to get their wares up on the big screen, next to soft drinks and portable electronics.

If you saw The Avengers, which also featured the Tony Stark / Iron Man character, you know that Acura-branded vehicles were prevalent throughout the film. The latest Die Hard movie, A Good Day To Die Hard, was very close to an infomercial for Mercedes-Benz, as some 14 different three-pointed-star models were used in filming.

Audi had something of a minor role in earlier Iron Man films, and it looks like the four-ring brand will be back in Iron Man 3. Tony Stark (or Robert Downey Jr., playing the character) is seen behind the wheel of an Audi R8 e-tron, while his significant other Pepper Potts (played by Gwyneth Paltrow) drives an Audi S7 Sportback.

As far as we know, that’s about it for Audi product placements in the film, which promises to be even darker than the first two installments. Just as in the first two films, Tony Stark faces near-insurmountable obstacles on his quest to lead a semi-normal life, and Marvel Studios promises an answer to the question, “does the man make the suit, or does the suit make the man?”