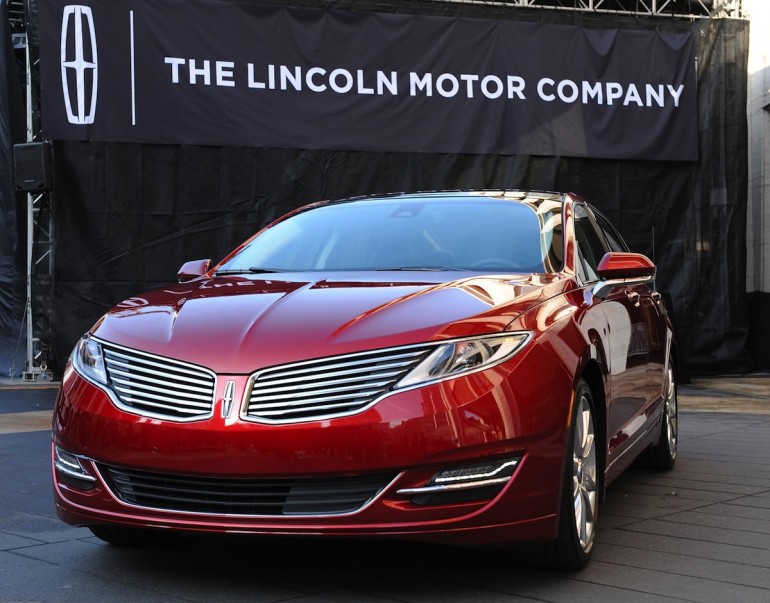 When you’re counting on a single model to sustain the life of your brand before other new products hit the pipeline, getting the launch right is absolutely essential. Supplier delays can kill momentum, and nothing can cool demand for a luxury sedan quicker than quality issues (real or perceived) with the initial batches delivered.

It’s no secret that Ford’s Lincoln brand is struggling to find an identity, if not struggling to even survive. Its Town Car was once the darling of livery fleets from coast to coast, but that’s been put out to pasture and the MKT really hasn’t caught on with car services. Its Mercury equivalent, the Grand Marquis, was the poster car of the AARP set, but Lincoln hasn’t managed to convert these buyers into MKS sedans, either.

When the MKZ was first shown in 2012, it was clear that Lincoln intended to draw in a whole new demographic with its stylish midsize sedan. Everyone, journalists included, wondered when they could get behind the wheel of one. Lincoln even blew the bank on advertising, going long with a wasted Super Bowl spot that left viewers scratching their collective heads. Perhaps it was a good thing that dealers didn’t have MKZ models to drive, since the ad was hardly a call to action to test drive an MKZ.

Last month, Ford admitted that final inspection backlogs at its plant in Hermosillo, Mexico, were partly responsible for MKZ delivery delays. In an effort to speed up delivery, Ford shipped completed MKZ sedans from Mexico to its plant in Flat Rock, Michigan, for the final quality inspection. Inventory was then trucked to dealers rather than shipped via rail, which would have taken longer but cost less. Put another way, Ford has spent a great deal of money on each MKZ, ensuring that quality is up to par and delivery to dealerships is prompt.

Last week, Automotive News (subscription required) reported that Ford has worked through the backlog of final inspections, and that inventory of MKZ sedans at Lincoln dealers should reach normal levels by month end. While that’s a good thing for customers patiently awaiting delivery, we can’t help but wonder if it’s too little, too late. Lincoln’s costly Super Bowl ad blitz is now a distant memory, and we wonder how much more the brand will need to spend to attract customers into Lincoln showrooms.

There are other new products in the Lincoln pipeline, but none are scheduled to appear in 2013. If buyers decide the MKZ isn’t right for them, what are the odds that Lincoln can up-sell them into an MKS or MKT? (Hint: we wouldn’t take those odds.)

Getting the MKZ in the hands of dealers (and ultimately, customers) is an important first step for Lincoln. As to whether or not it’s too little, too late, only time will tell.