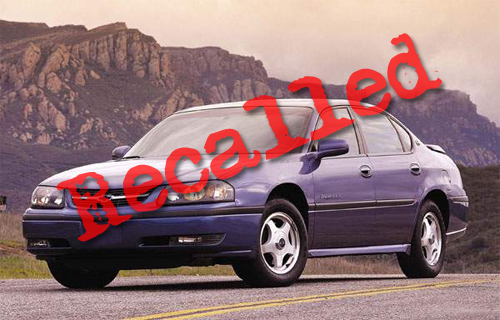 GM is recalling about 1.5 million vehicles due to an oil leak that could cause an engine fire.

Apparently under hard breaking engine oil could leak past a heat shield and drip on the exhaust manifold causing a chance for a fire by igniting the oil from the hot surface of the manifold. This currently affects the following vehicles:

To address this issue, GM dealers will remove the plastic spark plug retention guide and install in its place two spark plug wire retainers. The service is free of charge of course. The fix is very simple be needed because of the potential severity of not addressing this issue which is FIRE! No one wants a fire on their older GM vehicle. That just may put someone over the edge and attempt to sue a company that is about to file bankruptcy.

Note: This recall does not affect the supercharged version of the 3.8-liter engine used in any of the vehicles above.