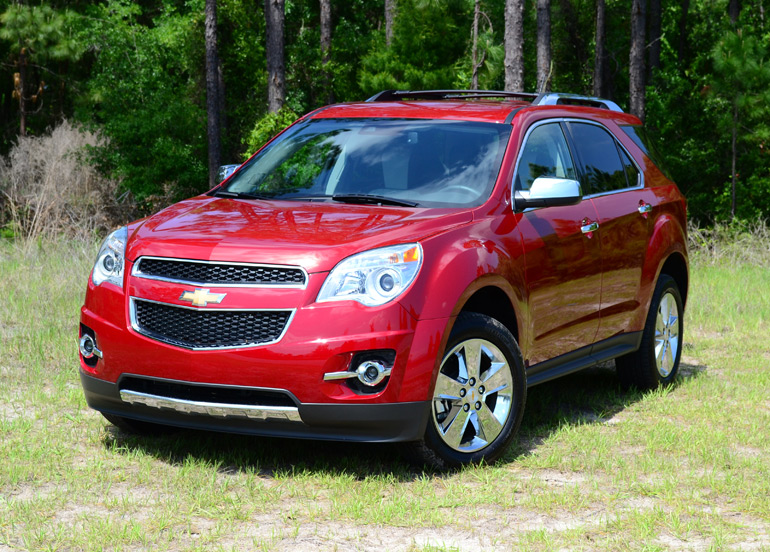 The Crossover SUV segment continues to have a highly competitive edge with several variations dropped into the same vat of wagon-types and plumped-up sedans. The new 2013 Chevrolet Equinox, despite any major redesign in the past 3 years, continues to stand tall within the midsized crossover segment with new features and engine choices that make sense. 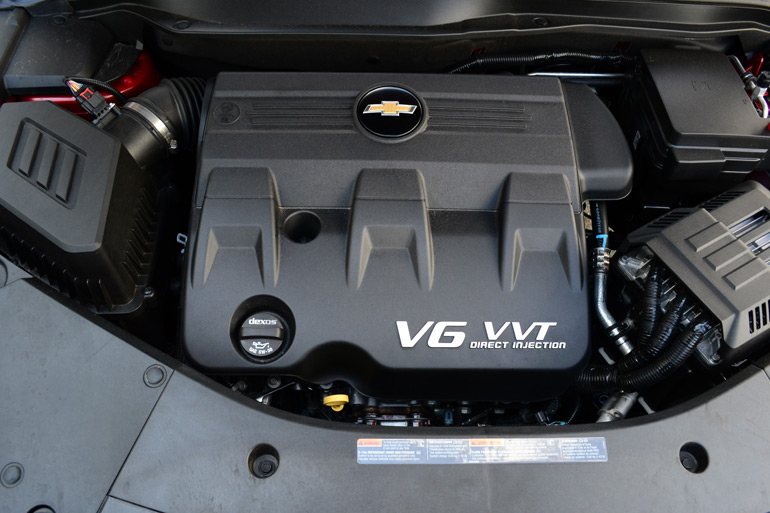 The engine for the new Chevrolet Equinox remains to be a choice between a 2.4-liter 4-cylinder engine with 182 horsepower and 172 pound-feet of torque, and a V6. The V6 engine for the 2013 Equinox is now the 3.6-liter variant producing a healthy 301 horsepower and 272 pound-feet of torque. The choice for Chevrolet using its touted 3.6-liter V6 engine over the outgoing 3.0-liter V6 makes the Equinox come alive on the road giving it forward-moving authority smoothly delivered through a standard 6-speed automatic transmission and your choice of a standard front-wheel-drive setup or an optional all-wheel-drive system. 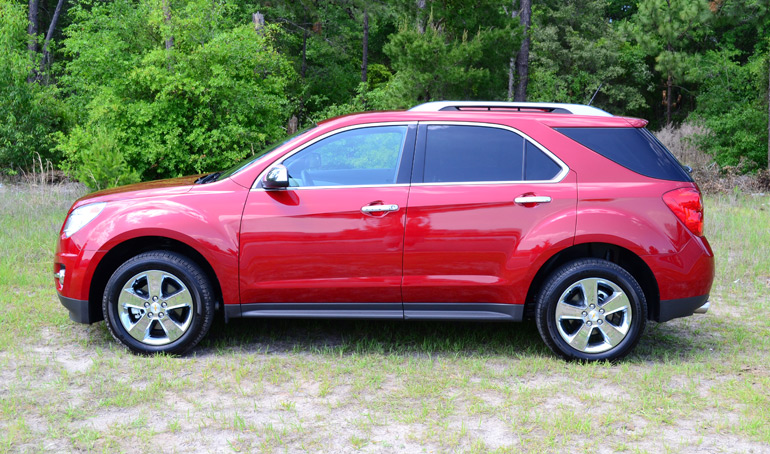 Driving dynamics for the new 2013 Chevrolet Equinox LTZ all-wheel-drive V6 proves to give you as the drive the confidence needed in most legal driving situations and inclimate weather conditions. Breaking any of the 4 wheels loose is an endearing task as the all-wheel-drive system does a good job with power management to the wheels with more grip. Though, the 6-speed transmission becomes a mixed bag of indecisiveness when you demand power around mid-throttle. The transmission wants to act as if it is in a virtual sport mode and hold the lower-selected gear for a prolonged time, sometimes as long as an additional 5 seconds. This indecisiveness leaves the powerful V6 hanging onto higher RPMs giving you a subtle hint to change your driving style. 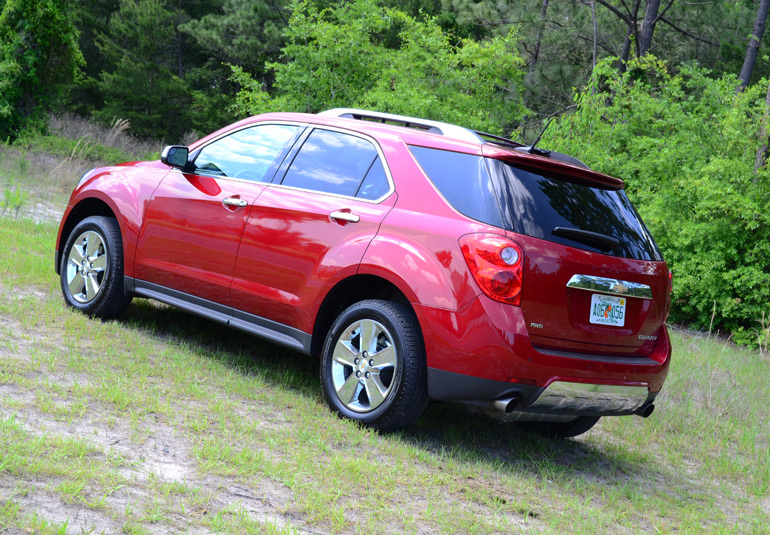 The ride quality of the new 2013 Chevrolet Equinox LTZ AWD V6 is very well dampened, thanks to new dual-flow shocks for the 2013 model year, yet it has an added stiffness that communicates a sporty language followed up with a slight nimbleness for a cross over SUV of this size. The larger but optional 18-inch chrome-clad wheels equipped on my Equinox LTZ AWD V6 test vehicle may catch your eye with flashes of reflected light, but they also prove to add some lateral stability thanks to being wrapped in P235/55R18 all-season Michelin tires. 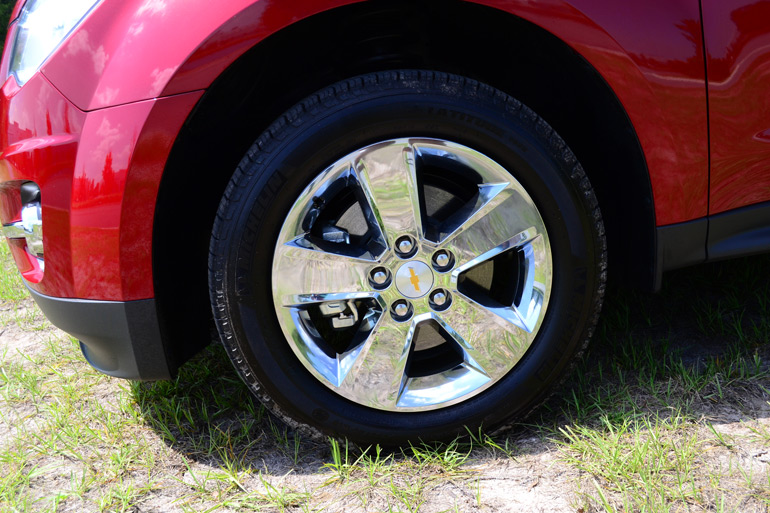 As an added economical benefit to the new 2013 Chevrolet Equinox, the V6 engine choice being the new direct-injection 3.6-liter not only adds a substantial amount of power over the outgoing 3.0-liter V6 engine (37 horsepower more), but EPA fuel economy figures remain basically the same. The new 2013 Equinox V6 front-wheel-drive gets an estimated 17 mpg city and 24 mpg highway. The all-wheel-drive V6 gets 16 mpg city and 23 mpg highway. Mind you, the 2.4-liter 4 cylinder, though down on power, gets a remarkable 22 mpg city and 32 mpg highway, whish is astonishing for this size of a cross-over SUV. During my time in the new 2013 Chevrolet Equinox all-wheel-drive V6 my best mpg estimate on the highway was 21.5 mpg. In the city I was able best the 16 mpg city figure with my heavy-traffic 15-mile commute yielding 18 mpg. 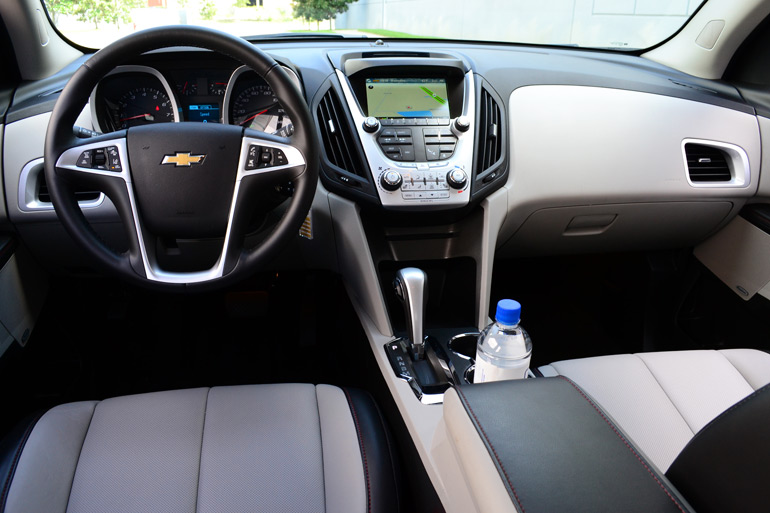 On the inside of the new 2013 Chevrolet Equinox is a familiar interior and dashboard with the exception of the new Chevy MyLink interface. The new high-resolution center-dash LCD touch-screen proved to be easy to read, navigate and access feature-set menus throughout the new infotainment system. The large color icons and graphical eye candy of the interface plays along well with those new to this decade’s automotive gadgetry offerings. The use of a few physical button sets instead of capacitive buttons in more up-scale vehicles still proves to be a sure way of getting the desired function you selected with virtually any sized finger(s). The integration through streaming Bluetooth and voice commands work without hassle and requiring repeated inputs. Many of the apps, however, do require some extra attention to sync up with your smart phone, such as Pandora having a temporary sluggish response.

The seating area in the new Equinox demonstrates to be quite competitive by offering ample room up front and enough rear space on the 60/40 split backs for 3 6-feet tall adults. The perforated leather seating areas (heated front seats) of my new 2013 Equinox LTZ had just the right amount of bolstering for a vehicle of this type, but some of the padding seemed to be a one notch too far on the hard side. Over-all, the interior is plush enough with no materials attempting to pass off an illusion of being something other than what you initially think it is. Basically, plastics look like plastic, but not overly cheap, while they leave nothing else to guessed about its makeup, even where the very few contrasting areas meet. 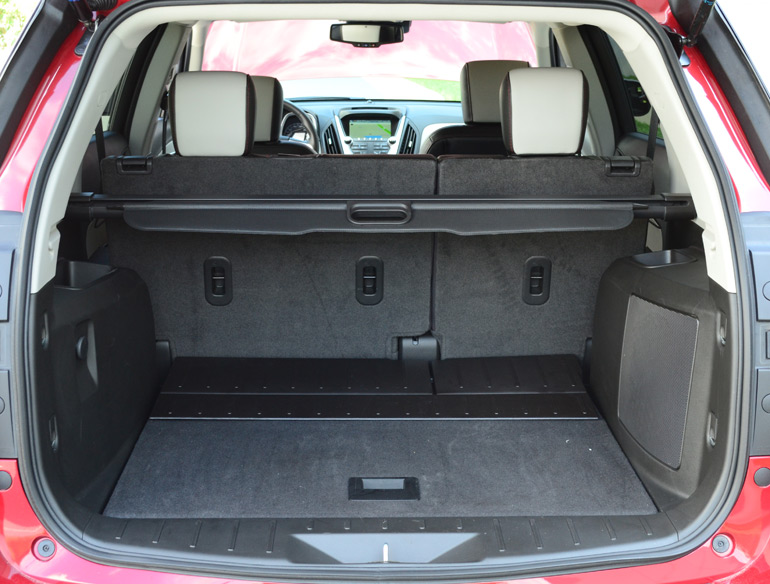 Rear cargo space is plentiful making room for up to 63.7 cubic feet with the rear seats folded down. With the rear seats up you are looking at about 31.5 cubic feet of space, enough for 5 occupant’s weekend luggage. The power liftgate, a standard feature for the top shelf LTZ trim, serves as an expected benefit for easy accessibility. 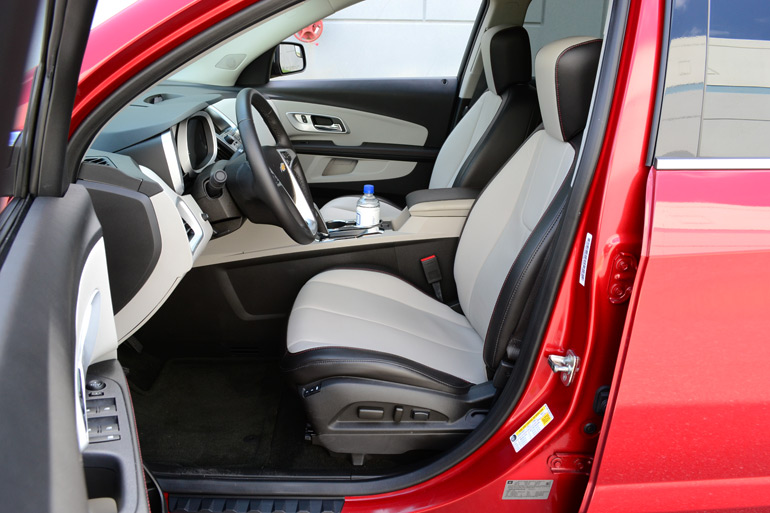 Safety is a forward moving envelope for just about every automaker and Chevrolet is steadily rolling out innovative active safety features for their new vehicles. First offered on the 2012 model, is a carried over forward collision and lane departure warning system. The forward collision system proves to be helpful even in situations when you unknowingly creep up on a vehicle in front of you at speed. There is a rectangular collision graphic red LED lamp at the top of the center dashboard that blinks when you approach an object too fast or has a steady illumination when you are simply too close to a vehicle in front. The system’s sensitivity is all dependent on a 3 step user adjustment accessed by a quick steering-wheel mounted button. Upon detecting you quickly approaching a vehicle in front, the system will also chime an audible alarm and purge the braking system to the point that you feel the brake pads starting to clamp down on the rotors. 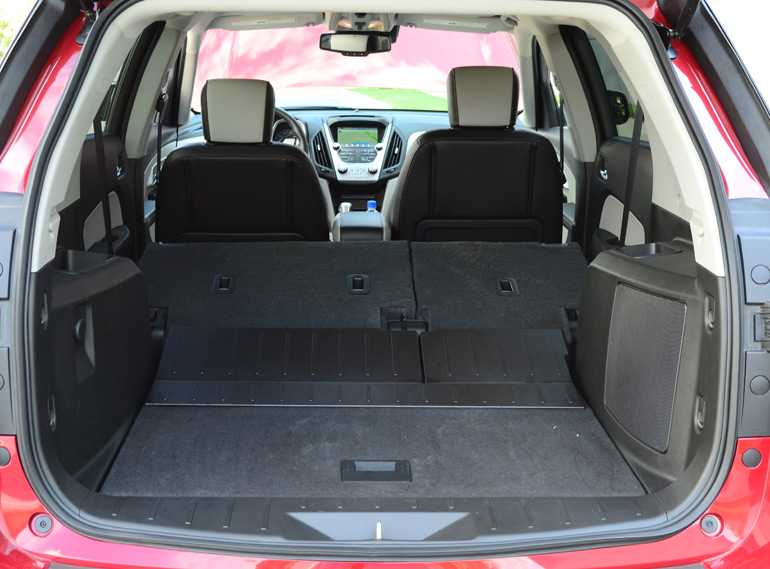 Chevrolet has kept the Chevrolet Equinox on a level playing field with other mid-sized crossover utility vehicles for some time now. Though the new Equinox does not stand out too much from the normal SUV crowd, it does offer up improvements that tend to go unnoticed until the value, performance, comfort and versatility aspects are highlighted. Starting at a low base price of $24,155 for the LS front-wheel-drive Equinox and climbing up to $37,710 for a mostly-loaded 2013 Chevy Equinox LTZ AWD V6, it begs to have a look and test drive before considering its competition.