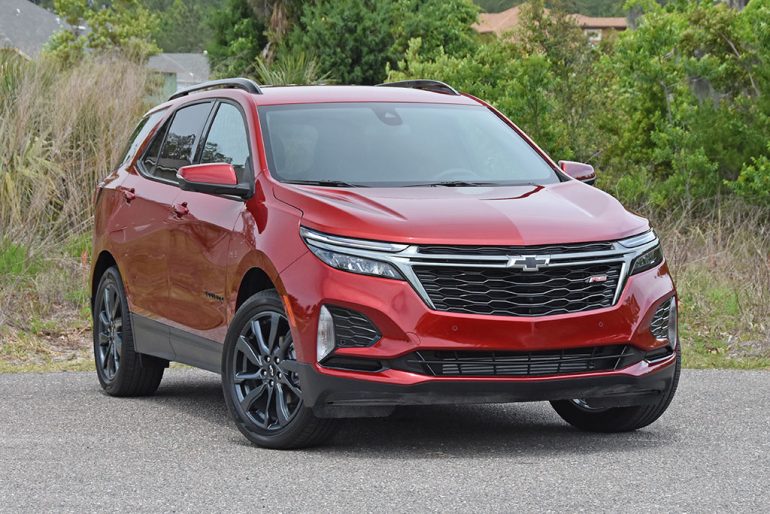 The mainstream segments for crossover utility vehicles have been quite competitive as of late with offerings from every manufacturer receiving redesigns often or regular updates to keep them fresh and relevant. For Chevrolet, ‘catch-up’ seems to be a game that they are playing with their Equinox crossover, which receives some refreshing for the 2022 model year and a new RS trim that elevates its exterior presence for a sportier appeal.

The 2022 Chevrolet Equinox has long been somewhat of an underdog and with the 2022 model refresh, Chevy’s hope is to make it more recognizable and relevant in such a vast competitive crossover field. 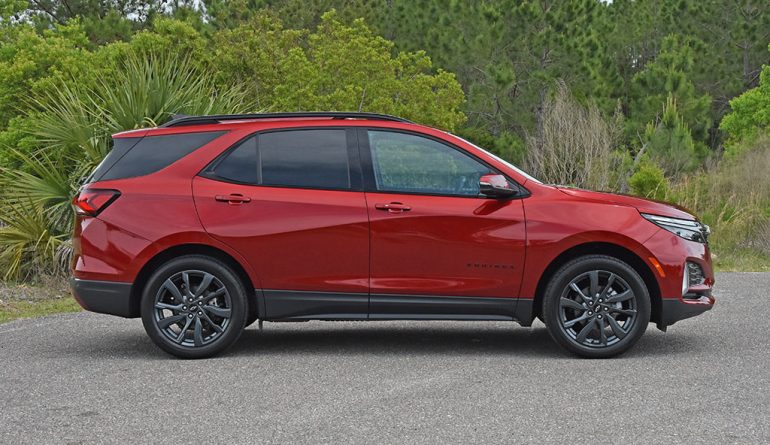 For this week, I get the 2022 Chevrolet Equinox RS all-wheel-drive model, which does look the best the compact crossover has ever looked but that’s about where the good parts stop, unfortunately. You must understand that the Equinox once had a 2.0-liter turbocharged engine that I rather enjoyed for having a decent amount of power to the tune of 252 ponies and a nice 260 lb-ft of torque. Now, Chevrolet doesn’t offer that engine but instead stuck to their base powermill, the 1.5-liter turbocharged 4-cylinder that produces 170 horsepower and 203 lb-ft of torque. To add a bit of insult to injury, that engine gets mated to a 6-speed automatic transmission making the drivetrain of the Equinox feel a bit dated and paltry. Overall, the engine feels like it has something extra around the mid range but never follows through or revs much past 5,500 rpm where the 6-speed transmission seems to prevent the engine from giving out of breath up a little higher, which it does as I manually shifted to hold second gear as it revved to 6,000 but provided no additional power. 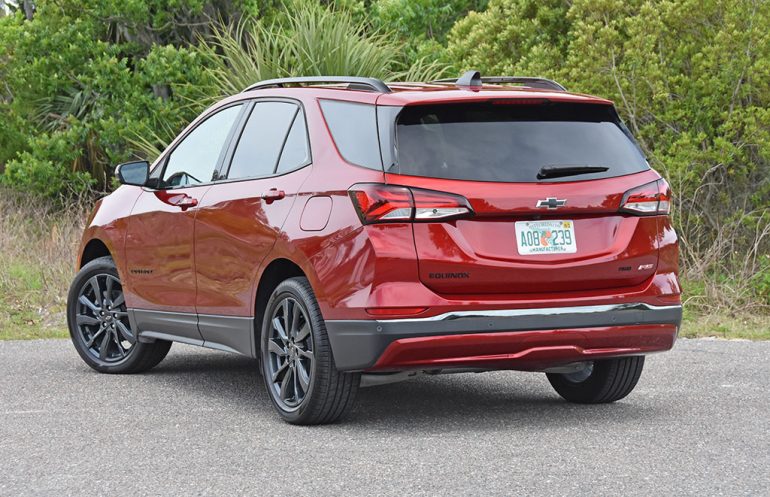 It’s possible that the reasoning for only offering the single engine in the latest Equinox is to avoid overshadowing the Chevy Blazer and for the sake of fuel economy, and maybe to keep costs down. However, the new styling of the Equinox tends to move a little towards the Blazer’s look with the split headlight design. Still, I’m quite disappointed in the performance of the Equinox’s powertrain as it scoots along with some unpredictability and lackluster acceleration taking about 8.9 seconds to hit 60 mph from a stop. Not to mention, fuel economy isn’t all that stellar with the EPA estimates of 25 mpg city, 30 mpg highway, and 27 mpg combined. To quickly compare something like the 190-horsepower 2022 Honda CR-V EX-L AWD, it gets 27 mpg city, 32 mpg highway, and 29 mpg combined but it is down on torque having just 179 lb-ft.

Driving the Equinox, I found myself nearly flooring it at times just to get up to speed when merging onto the highway. The midrange power is “okay” but still lacks the proper oomph that you would expect out of a vehicle that looks sporty like the RS trim of my test vehicle. 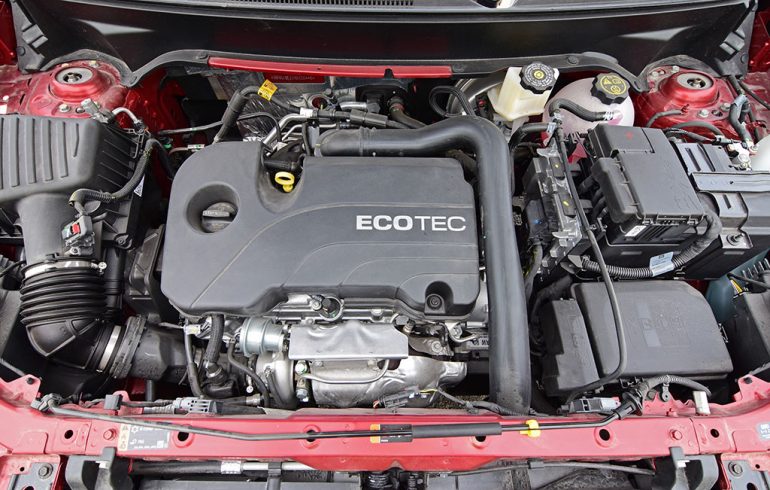 Apart from the somewhat anemic engine and transmission combination, the Equinox handles well and has a decent compliant ride quality. The chassis and suspension tuning of the Equinox feels as if it can handle a lot more power with an assured feeling of stability at highway speeds.

The interior of the new Equinox remains mostly the same. Though, the new RS trim offered for this year livens up the space a bit with the red-accented stitching and piping through on the leather seats. In fact, the RS trim is a nice addition to split the difference between the top Premier trim and the mid-range LT trim to add to the LT the features of a power rear liftgate, roof rails, the LT’s Confidence and Convenience package equipment, 19-inch black-painted wheels, and the availability of leather upholstery and a Bose audio system. 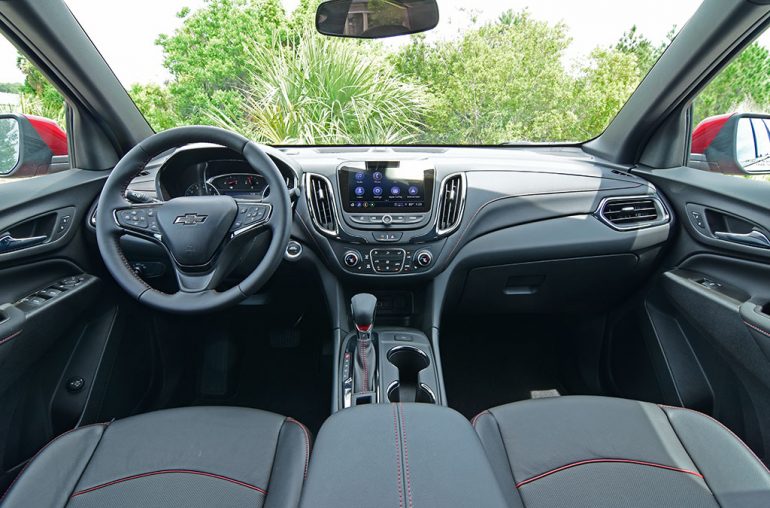 Where the Equinox shines is the cabin layout with no out-of-place surprises and a straightforward easy-to-use 8-inch touchscreen infotainment unit. The unit is exactly what you find in the rest of GM’s lineup of vehicles, which has wireless Apple CarPlay and Android Auto integration that can also be paired up with your smartphone via a USB connection. 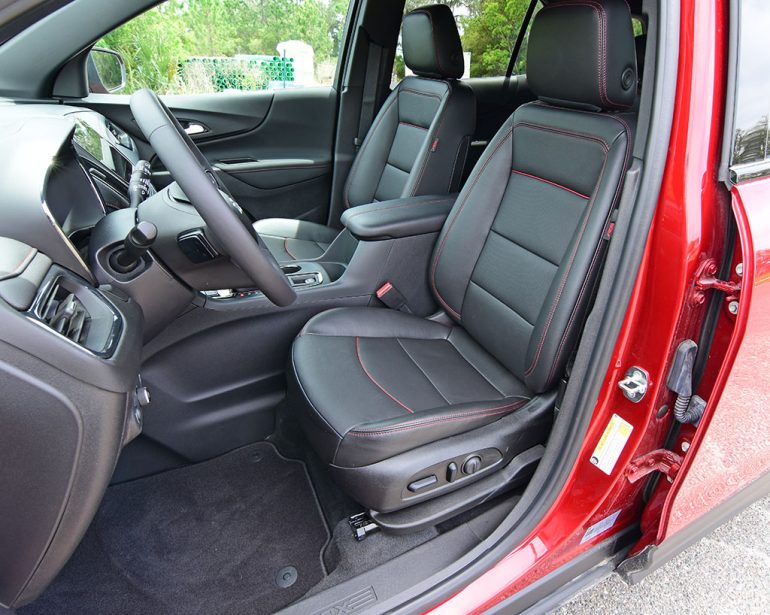 The seating areas are agreeable as well making wise use of interior space even in the confines of a compact crossover but is somewhat shorter on cargo space when compared to most new competition having 29.9 cubic feet of space with the 60/40-split rear seatbacks up in position. Fold the seatbacks down and you have 63.9 cubic feet of cargo space. 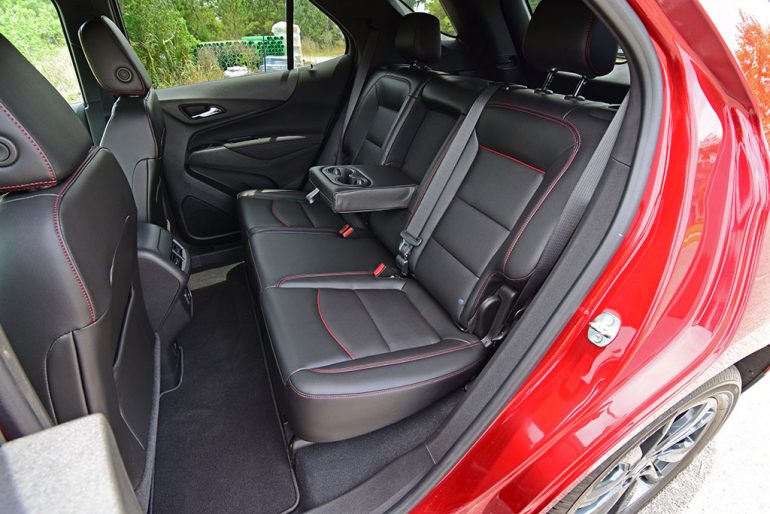 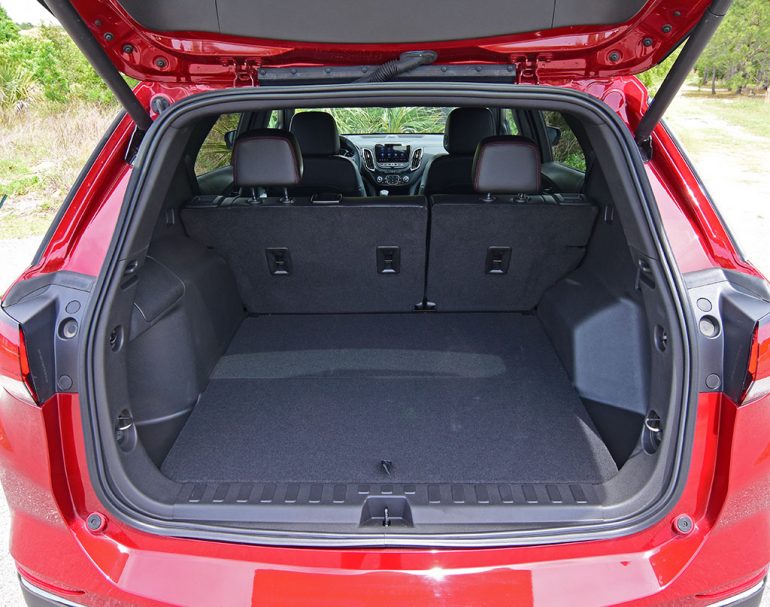 Chevrolet still has some work cut out for the Equinox to rise to the top of the hill. Until then, it does remain to be a decent choice in such a competitive segment if you opt for something like my RS trim to get the sporty look, which probably looks better than many other vehicles in its class. 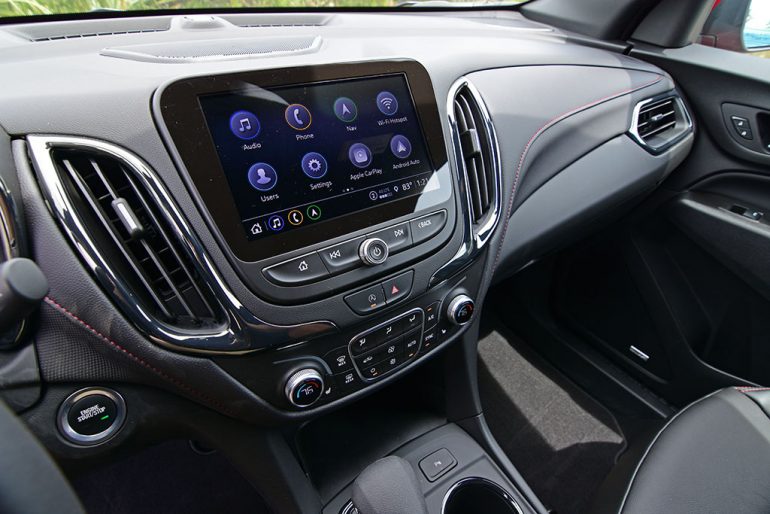