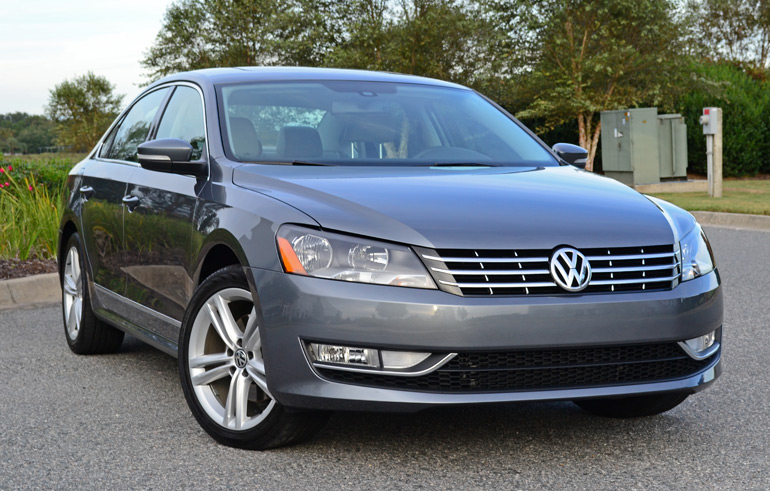 The new 2014 Volkswagen Passat continues its design into the new model year with the addition of a 1.8-liter Turbo engine replacing the 2.5-liter 4-cylinder in the SEL trim level but remaining available for base-level trims. With a wide range of configuration options, the new 2014 Passat tends to offer something for everyone in the scope of a mid-sized sedan known for its European styling wrapped up in a composed and economical package. 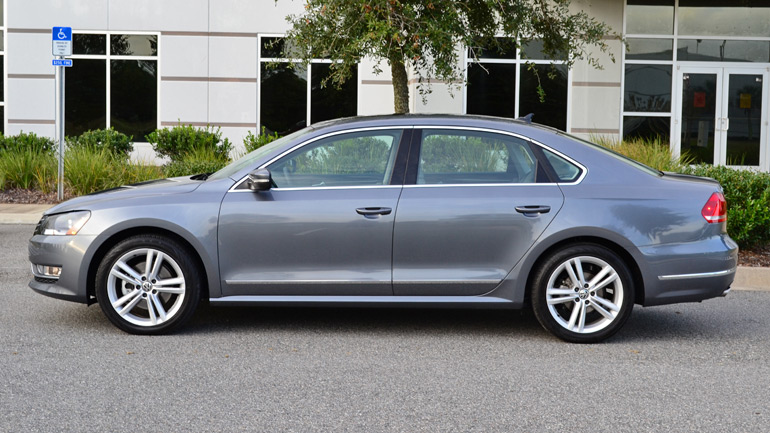 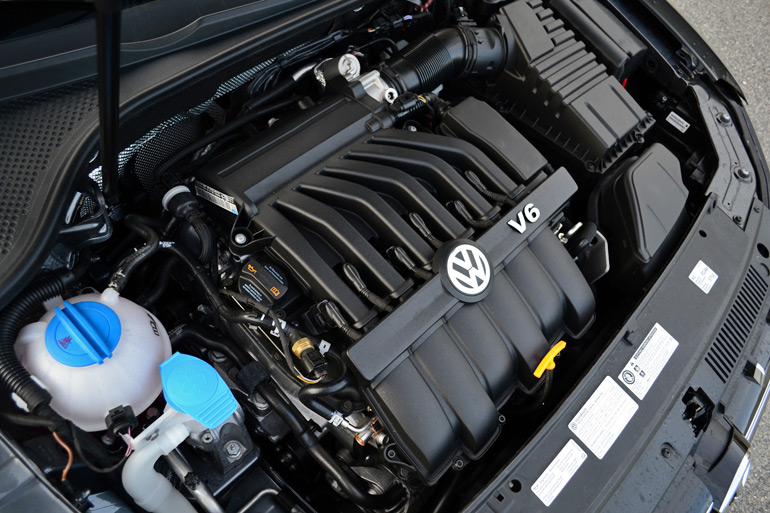 When it comes to the European driving aptitude of the new 2014 Passat, your choices are summarized in the powertrain selection. Having driven a 2.5-liter 5-cylinder variant of the Passat and now the V6, the contrast is pretty great. The Passat V6, mated to an automated manual 6-speed transmission, basically an automated dual-clutch DSG unit, proves the Passat is serious about its straight-line performance. Power directed through the dual-clutch transmission to the front wheels is at times overshadowing for the chassis. In other words, traction control, which cannot be disabled, has its work cut out for keeping ample wheelspin under control. Power is direct and the quick-shifting dual-clutch transmission, which shifts seamlessly without any power loss through each gear, kicks up a consistent pull at the mercy of the front tires’ grip. Fortunately, torque steer is not much of an issue. 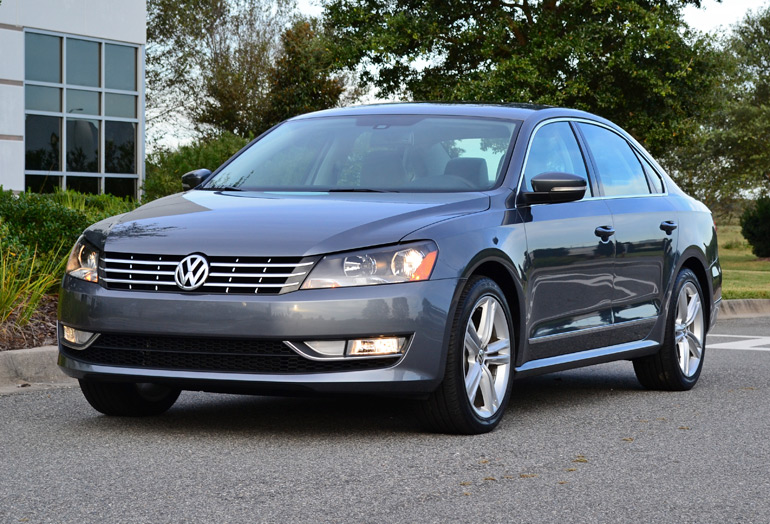 Fuel economy from the 3.6-liter 15-degree-V VR6 (V6) engine comes in around 20 mpg in the city and 28 mpg highway, though I was able to better the highway figure getting 29.1 mpg on average. Considering the engine’s eagerness to keep things entertaining, the fuel consumption is not too bad, especially compaired to the less-powerful 2.5-liter engine. Though, you would be in a better fuel consumption position selecting one of the many other powertrains made available within the Passat’s extensive trim level offerings.

Shifting of the DSG transmission is well suited for the robust and wide power band of the 3.6-liter V6 engine in the new Passat SEL. Shifts take place virtually behind the scenes in milliseconds from one cog to the next. Manual shifting mode, whether controlled by the gear selector or steering wheel mounted shift paddles, also takes place without any noticeable delay. The newest DSG unit is a marvel and exceeds expectations even when it comes to rev-match downshifts, which take place in a snap without any unwanted or abrupt deceleration from the drivetrain. 0-60 mph time comes in a short 6.4 seconds, a testament to the Passat V6’s engaging front-wheel-drive and DSG transmission setup. 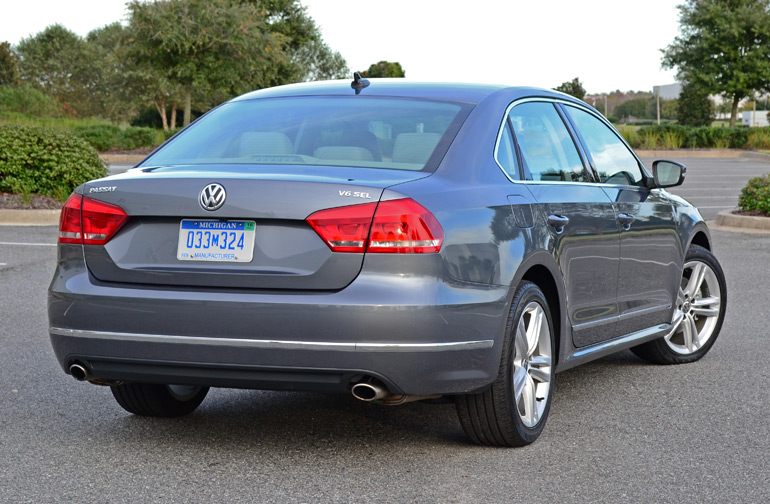 The new Volkswagen Passat V6’s ride has an initial European feel but tends to get lost in translation when going over bumps and wavy road surfaces. Basically, the ride becomes a wet sponge and sways far away from being sporty or firm when taxed. The soft dampening of the ride transmits into the Passat’s handling attributes where you get excessive body roll when you really push the Passat near its lateral limits. Most of the driving characteristics are aimed at safety and understeer but fail to push back with the performance that is met in some of the Passat’s midsized competition. Though, braking and straight-line acceleration remains to be the new Passat V6’s strong suit.

By the initial observation of the exterior, the 2014 Passat is inclined not to stand out in a crowd. Some of the sporty aspects that do gain attention within the exterior are the 18-inch alloy split 5-spoke wheels and front fascia. Most of the exterior design elements are kept conservative much like the Passat’s smaller Jetta sibling in lower to mid-level trims. Differentiating the two does become a task for some after a quick glance. Of course the Passat does exude most of its difference in styling with its larger size, mostly noted at close angles. 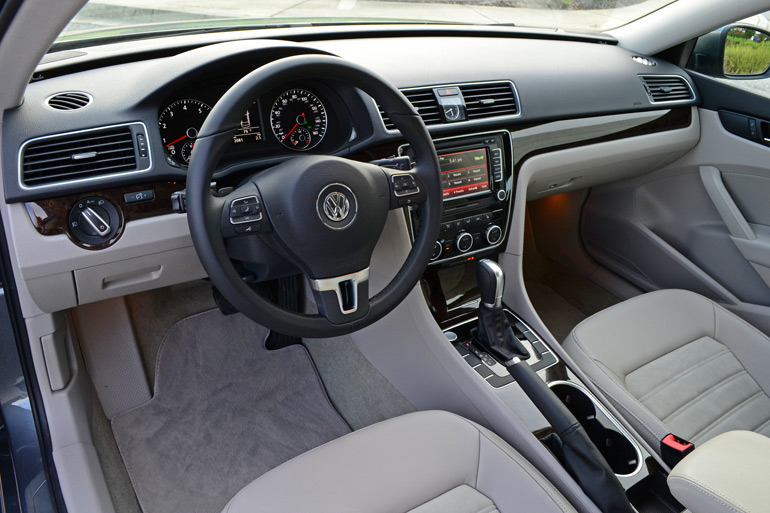 The new 2014 Volkswagen Passat V6 SEL’s interior is much more of a commonality in the VW family than its drivetrain. The interior is rather subdued by lackluster accenting much like the Passat’s exterior. However, the interior serves its expected duties with comfortable seating, slight bolstering in the front sport seats with suede-like inserts and ample space for front and rear occupants. Many styling traits carried down from older generations of the Passat can be found in the large padded dashboard along with VW-unique control layouts and instrumentation. The latest infotainment unit fed through a color touch screen is minimalistic in its feature sets and menus proving to have a short learning curve for most. Surprisingly the system is packed with a few hidden features such as the ability to drag and zoom via on-screen-touch gestures. 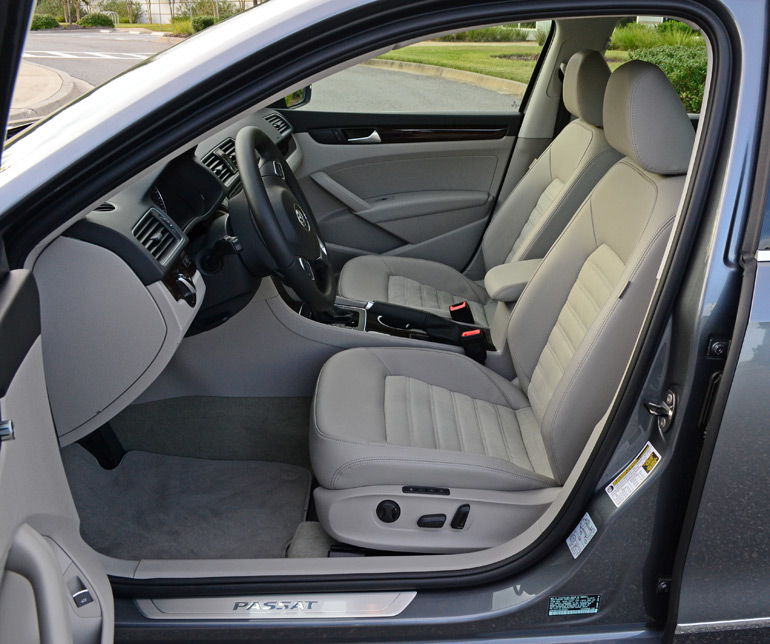 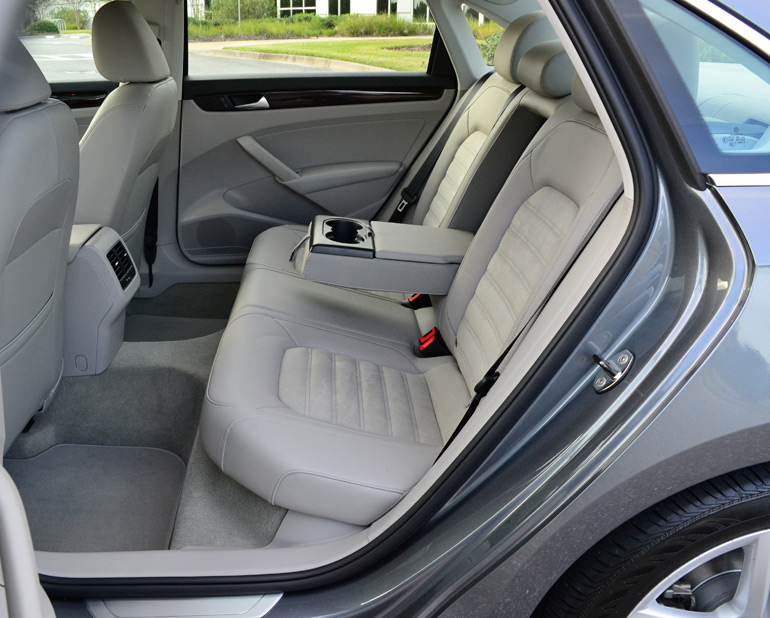 In terms of the new 2014 Volkswagen Passat’s practicality, it really shines bright and serves its endowed purpose for a mid-sized sedan that can even compete with the lower pricing scale of smaller less-equipped vehicles. Starting at just $21,665 for a base Passat S and moving up to the top of the scale for my 2014 Passat V6 SEL Premium for an as-tested price of $34,715 including an $820 destination charge, the Passat is an exceptional value that does not disappoint. 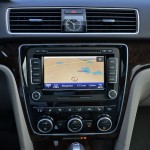