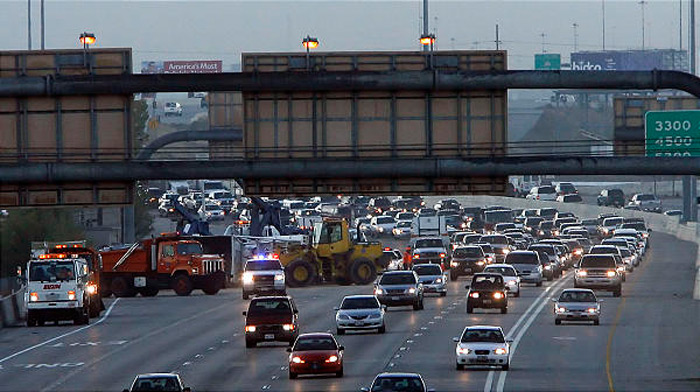 Driving one of Australia’s 17.2 million motor vehicles should be straightforward, right? After all, you simply step into your vehicle, turn the key and drive away, careful to stop at red lights, give pedestrians the right of way and follow the speed limit. Navigating the roads in some parts of the world, however, isn’t straightforward. Several strange laws will cause you to chuckle.

Don’t Carry Minors on a Vehicle

The state of Oregon made transporting minors on a vehicle’s roof, hood, fender or other external part illegal unless they are strapped in properly. The law protects kids but seems to be a no-brainer.

Keep Your Arms and Legs Inside the Vehicle

In New South Wales, waving goodbye with your hand out the window lands you a nearly $300 fine. That’s because the law prohibits protruding limbs from extending outside the vehicle.

Washington State drivers who intend to commit crime must stop at the city limits and report to the police. The law ideally reduces crime, and all drivers should be thankful for this strange law and the fact that it’s not a crime to compare car insurance quotes before driving in Washington or anywhere in the world.

Reserve the Horn for Delivering Warnings

Many drivers toot the vehicle’s horn to warn other drivers of their presence, and that’s perfectly acceptable. Don’t use the horn to offer a friendly greeting in New South Wales, though. That action will land you a nearly $300 fine because it’s illegal to use a warning device as a greeting. Don’t honk your horn in front of a Little Rock, Arkansas, restaurant where sandwiches or cold drinks are served after 9 PM either. That’s also an illegal use of a vehicle’s horn.

Several countries employ strict laws for driving under the influence of alcohol. Drive in Cyprus, though, and you aren’t able to drink water while sitting behind the wheel. Instead, pull over and quench your thirst.

Ride Your Bicycle with Care

Laws of the road apply to motor vehicles and bicycles equally, so obey the laws whether you drive a car or a bike. As an illustration, New South Wales drivers receive a $66 fine for running a red light or riding a bike recklessly or furiously. North Korean women can’t even ride a bike on the road. They face a fine and could have their bicycle seized.