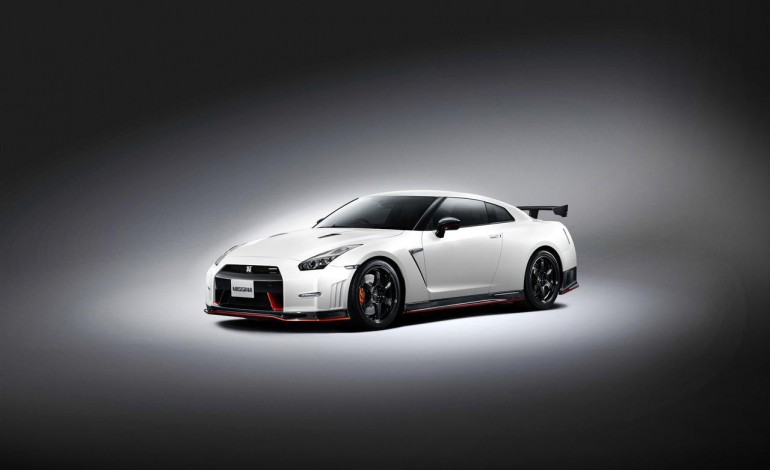 Being that I am a fan of the Nissan GT-R, all despite the naysayers, it is a welcoming impression that I get each and every time Nissan updates their prided exotic sports car. It is great to see the natural progression of the GT-R year after year shattering the track and 0-60 mph times of vehicles that cost two-times as much as the nearly-4,000 pound monster from Japan.

The latest cutting-edge of the sward swings in the direction of Nissan’s performance brand, Nismo. The new 2015 Nissan GT-R NISMO edition takes the vehicle to heights it has never seen within the walls of the Yokohama factory floor with an astounding 595 horsepower and 480 ft-lbs. of torque, which is up 50 hp and 17 ft-lbs. from the normal GT-R respectfully.

What is slated to be in the flesh at the upcoming Tokyo Motor Show, is the all-new 2015 Nissan GT-R NISMO touting a speculated 0-60 time of 2.5 seconds and the ability to thrash the Nurburgring nearly 7 minutes flat. Obviously this is much ‘MORE’ than the standard GT-R Track Edition, it is Godzilla gone basaltic within the confides of its birth place. 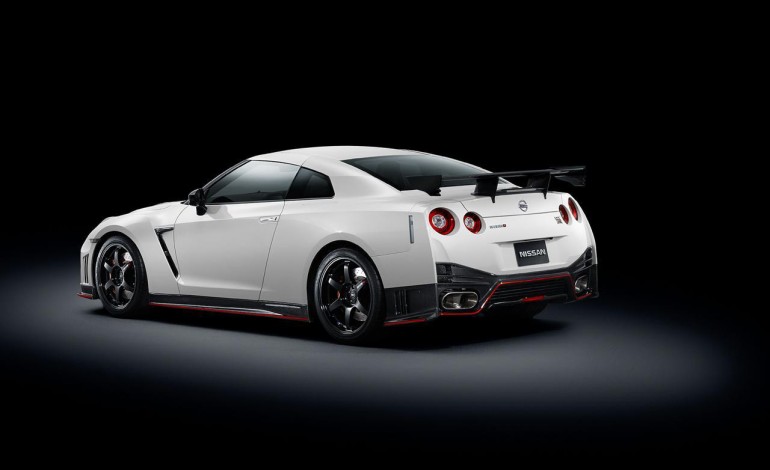 The new 2015 Nissan GT-R NISMO has left no stones unturned with tuning improvements made primarily in the intake and exhaust systems and larger twin turbos derived from the GT-R GT3 race car. A new higher-capacity oil pump is added to the equation to keep all bits properly lubed under the extra load. Other touches that make the GT-R NISMO a beast of its own are larger anti-roll bars, stiffer springs and dampers electronically controlled with 3 levels: Track, Race and Race Plus. Yeah, they skipped right over any comfort or normal modes, which plays along with the GT-R NISMO’s theme of a ruff-around-the-edges vehicle allowing more room to soften-up the normal GT-R. Sure, that all makes sense, because Race Car!

No announcements on pricing for the GT-R NISMO but sales will commence next year in Japan and the US should see it hit our shores in about a year from publishing this HOT NEWS. Look for more information to come out of Nissan in the coming few days as the Tokyo Motor Show commences.

New, ultimate iteration of Nissan’s GT-R supercar. Inspired by the Nismo-prepared GT-R that has competed successfully at the famous Nurburgring 24h race, the Nismo GT-R delivers even greater performance thanks to uprated engine outputs and advanced aerodynamics that generate over 100kg of additional downforce at 300km/h (186mph).

– Power is up to 600hp (441kw) thanks to high flow, larger diameter turbos which are used for GT3 racing, improved breathing and optimized individual ignition timing control for each cylinder.
– Maximum power is now achieved at 6800rpm, up from 6400.
– Torque is now over 650Nm. (more than 480 lb-ft torque)

– The suspension is based on the setup prepared by Nismo for Nissan’s entry into the 2012 Nurburgring 24-hour race. With some adaptations to improve refinement, reduce road noise and harshness, the setup is designed for stunning agility, road-holding and handing finesse.
– To minimize body-roll during cornering and changes of direction, the Nissan GT-R Nismo features a 17.3 mm hollow rear anti-roll bar which raises roll stiffness while reducing weight.
– The springs and custom-developed Bilstein DampTronic dampers in the front and rear suspension are specially tuned to deliver exceptional grip levels and progressive handling response at the limit.
– Specially-developed links fitted to the front double wishbone suspension increase castor trail to optimize wheel position during high-G cornering and improve straight-line stability. Additionally, large high-rigidity bolts are used to increase stiffness of the wheel-hub attachment area.
– The construction of the GT-R Nismo’s bodyshell now uses adhesive bonding in addition to spot welding for increased rigidity and precise suspension response under extreme load, another example of Nismo “factory tuned” enhancement.

– Ergonomically sculpted carbon-fiber-backed reclining RECARO seats (EU/JPN) comfortably, yet firmly, support the driver and front-seat passenger.
– The Nissan GT-R Nismo has a special steering wheel design which is dressed in Alcantara®, with three spokes, red center mark and red stitching to give the best combination of grip, feedback and comfort.
– Interior trim features include discreet red stitching on the seats, center console, door trim and steering wheel.
– The GT-R Nismo driver can assess his or her on-track performance by downloading and reviewing digital data from the connected services advanced performance telemetry system.

The Nissan GT-R Nismo will be available in Japan, U.S. and Europe in 2014.

Naturally, the Nissan GT-R Nismo has lapped the fearsome Nordschliefe race circuit in Germany. It continues to challenge the lap-times set by small-volume, hand-built hypercars…

Carlos Ghosn, Nissan’s CEO, will announce the GT-R Nismo’s laptime when the car is unveiled at Nissan’s global headquarters in Yokohama, Japan at 19:00 on Tuesday 19th November at the celebration of the brand’s 80th anniversary in advance of the opening of this year’s Tokyo International Motor Show on Wednesday 20th November.