Texting While Driving – How serious is it and do we need laws in place to Ban It? 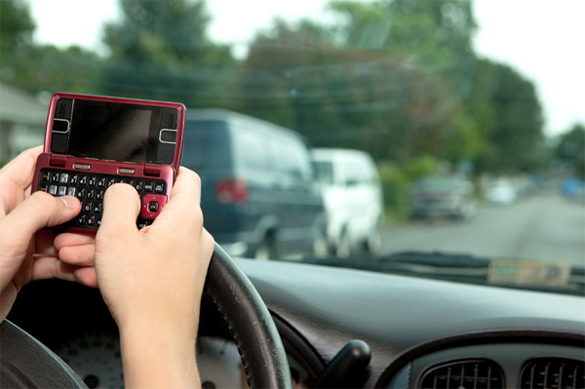 While we enter the season of youngsters returning to school it reminds us of when we used to be a teenager faced with peer pressure, an acne filled face and maybe if we were fortunate enough, a car to drive to school. Although I never got a car until after high school, I can never recall a situation where I used my cell phone while driving, let alone, texting while driving. Simply put, the reason was, we didn’t have cell phones. Today surveys and “studies” will tell you that over 85% of teens will have a cell phone before graduating from high school. Of those teens, a majority of them will be guilty of texting while driving. It is not only teenagers that are texting while driving, adults of all ages are just as guilty.

It is no wonder that 56% of Americans, when asked, admit to texting while driving.  We now live in such a socially and technologically driven society with the increasing popularity of Facebook, Twitter, Myspace, iPhones, Blackberries and so much more stuff thrown at us than ever before. In America we thrive on fast food, fast cars, 3G networks, fiber optics, streaming video and audio, and text messaging. Everything is fast and we all want it now! 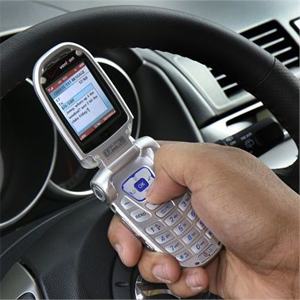 The question arises:  Is texting while driving just as bad as drinking and driving? Basically, yes it is. You have to understand, even though every person is different and every situation is different, you can’t perform two major tasks at the same time. When the human body is put through the test of performing too many tasks at once, one will eventually suffer. In the case of texting while driving (TWD), a person must use at least one hand and both eyes to engage in composing and sending a text message.

Let’s give it the benefit of the doubt.  Let’s say composing and sending a text message takes 3 seconds to complete. In those 3 seconds, you could have ran over an old lady, hit the car in front of you, veered in the path of oncoming traffic or even ran over an object in the road that blows out a tire. It only takes a split second to cause an accident. The point that I am trying to make is, unless you are bionic or an alien from another planet, your brain will only allow you to fully engage in the task of driving or texting, not both. You may think that you are able to text and drive at the same time but the study from the Virginia Tech Transportation Institute confirms that texting while driving increases the chances of getting into an accident by 2,300 percent. That is not a typo, it means you are 23 times more likely to get into an accident if you choose to text and drive at the same time. I think it is time that we all determine if a text message is really worth putting other people’s lives, or your own, at risk.

Below is a recent video reenacting a situation that happens way too often. The video has been somewhat controversial but nonetheless, it is the unfortunate reality of some people’s lives.

Chime in! We want to hear from you. Should texting while driving be banned all over the US? What about other countries? What are your reasons? Post your comments below.