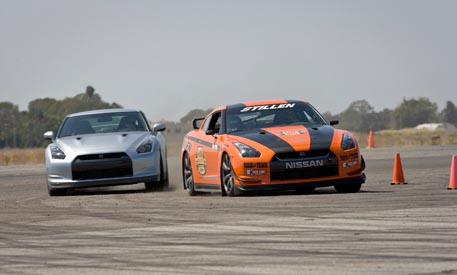 Just when you thought the Nissan GT-R could not get any better, Steve Millen takes it to a whole new level as demonstrated in Road & Track’s featured article, “GT-R showdown: Stock vs. Stillen”.

You are still hard-pressed to find a desirable moded Godzilla, or Nissan GT-R, that has been improved in all performance aspects of the vehicle. Steve Millen’s crew has done just that with a leaner and meaner beast of a GT-R. This one is magnificent! 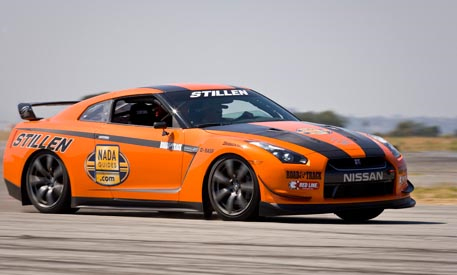 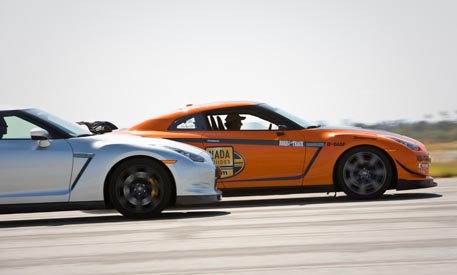 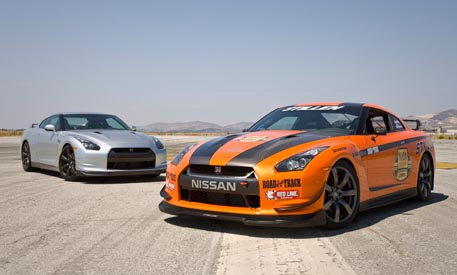 “We have a lot of adjustability in the car,” Millen said. “We can change the ride height, the rebound and so on. But we’re really trying to keep the tires on the ground — that’s the key. And we’ll adjust the car to make that happen.”

Stillen’s GT-R leapt out of the box spinning all four tires for a run to 60 mph in an astonishing 2.9 sec. The experience in the stock version, whose launch control rpm has been lowered to 3000 rpm for 2010, was far more mundane, although 3.5 sec. is still impressively quick.

Interestingly, despite the weight savings Stillen achieved with its GT-R, the Targa car wasn’t quite as light compared to the production car as we thought it would be. Millen figures nearly 400 lb. was taken out of his car (he weighed most of the parts himself), but our scales registered only a 172-lb. advantage for the Stillen. What gives? For one thing, Millen’s car was a pre-production 2009 model (one of the very first cars brought into the U.S.), and although we never got a chance to throw it on our scales before the Targa build process, Millen did. He has a certificate registering 3900 lb., which means his car started out quite a bit heavier than the 3792-lb. 2010 test car. That extra 100 lb. or so, along with the addition of a rollcage that easily weighs over 100 lb., means Millen’s near-400-lb. weight-loss figure computes.

Stillen gripped just slightly better (0.98g Stillen vs. 0.96g stock). We feel this is due to the Stillen’s 172-lb. weight advantage, as well as its different suspension tuning.

But the biggest difference between the Stillen GT-R and the stock GT-R is sheer power: Bury the throttle in a side-by-side drag race — no launch control, no power-braking, just get on it and go — and the Stillen GT-R makes like Usain Bolt, easily outdistancing the production car. Just as with Bolt, it’s not even close.

Performance Numbers (As Set Up For 2009 Targa Rally)