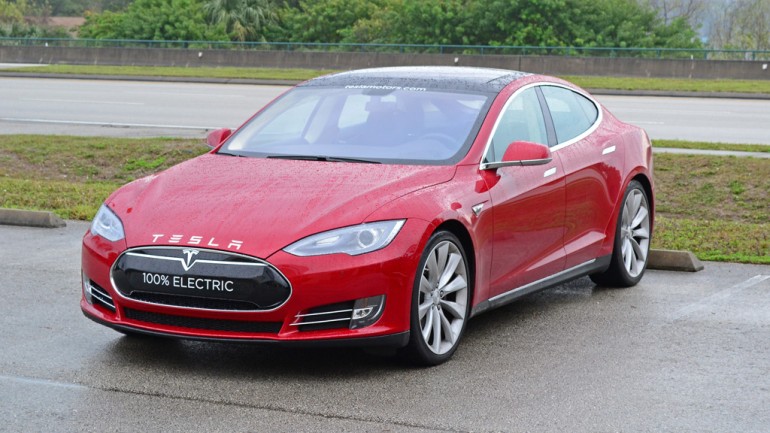 By now you probably know all there is to know about the new Tesla Model S. You’ve read that the top-end P85+ (performance-plus 416hp/443 lb-ft of torque) trim has the ability to reach 60 mph in 4.2 seconds and top out at 130 mph. You’ve heard all about the cruising range of 300+ miles on a single charge. Sure, I’ve heard it all before as well, and it sounds pretty good until you reach the part about the car costing $100k (Starting Prices – Model S 60 kWh $62K, 85 kWh $72K, 85 kWh Performance $85K). Even with the tax refund, that is still a ton of cash. Is the car that good? Well, after spending a while behind the wheel of the new Tesla Model S P85+ we are surely impressed and almost ready take advantage of the Tesla financing and bring one home. 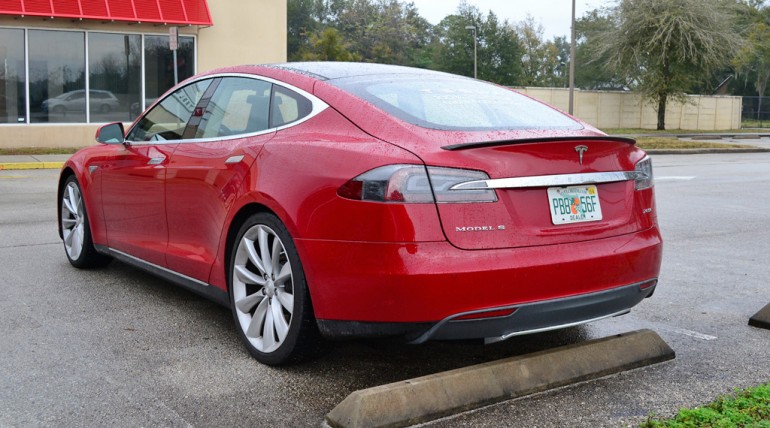 The new Tesla Model S is a marvel in itself despite all of the naysayers and critics with a negative opinion. The Model S does exactly what it is advertised to do – provide transportation in a 100% electric vehicle ranking to be the safest on the road with impeccable performance wrapped up in a luxury sedan package. The interior of the new Model S is a slightly lower grade than those we expect from the likings of our prided luxury brands in America, but still acceptable for such a vehicle. As far as the fully-electric drivetrain goes, it is simply a thrill ride in the confines of a heavy sedan that emulates a much lighter platform to the driver. Instant torque is almost like an addictive drug, you must have more of it, and more of it is given at the press of the firm ‘gas’ pedal (accelerator pedal for those who want to be technical about it). Deceleration is unlike any other vehicle in the default regenerative braking/deceleration mode. One could literally avoid use of the brake pedal altogether and just use the natural deceleration of the ‘gas’ pedal in place of a brake because it is just that aggressive, which is why the LED brake lights automatically come on when letting off of the pedal. 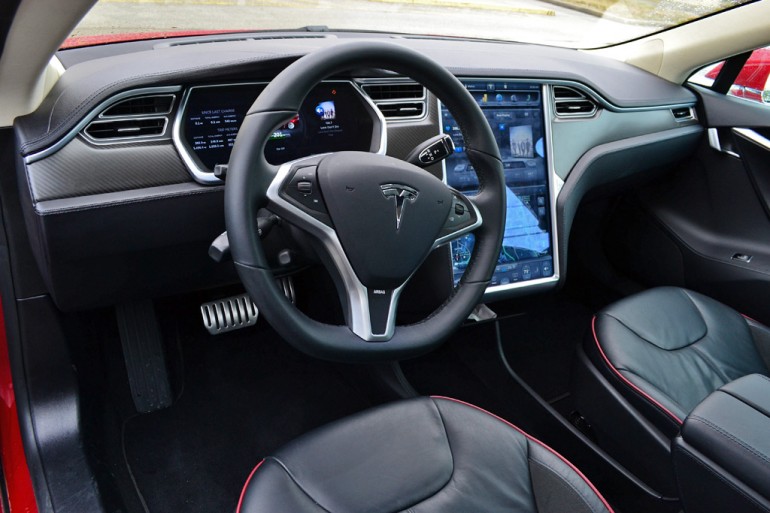 I won’t bore you with all of the Model S statistics or get into a discussion on the recent headline news stories featuring blown out of proportion accidents in which all occupants walked away unharmed. All of that has been covered in abundance. What I will tell you, is that there is a future in electric vehicle technology. The amazement you get driving such a vehicle could help boost our country into a time when we finally begin to wean off our oil consumption. Of course, I like a big V8 engine as much as the next guy and nothing will ever replace the sound of a whistling supercharger or the angry exhaust of a gas powered muscle car as far as I am concerned. However, Tesla, with the visionary Elon Musk at the helm, has created a remarkable product with the Model S. This electrifying luxury-sports sedan is well deserved of a serious look for those who only speculate, criticize and meander the Internet full of misinformed information. The Tesla Model S exhibits a gateway to our future and things can only get better. 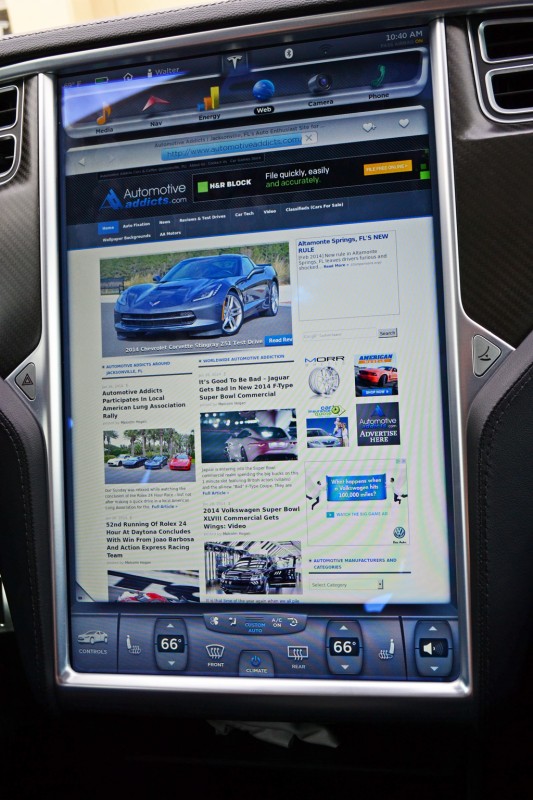 During my short time driving the new Tesla Model S I was able to envision a time where 95% of all the US population is able to visit a nearby supercharger station and recharge their Tesla Model S (or other new Tesla vehicles) and travel to whatever destination in the USA they choose without that nagging range anxiety in the back of your mind. Furthermore, we can now move a little closer to a day when electric powered vehicles, or another alternative fuel powered vehicle, takes the primary place as our main mode of local transportation. The Model S is, after all, an American made product and instead of continually criticizing the forward-thinking movements of such a company, we should stand behind it a bit more for the sake of our next generation of enthusiasts and every-day consumers.