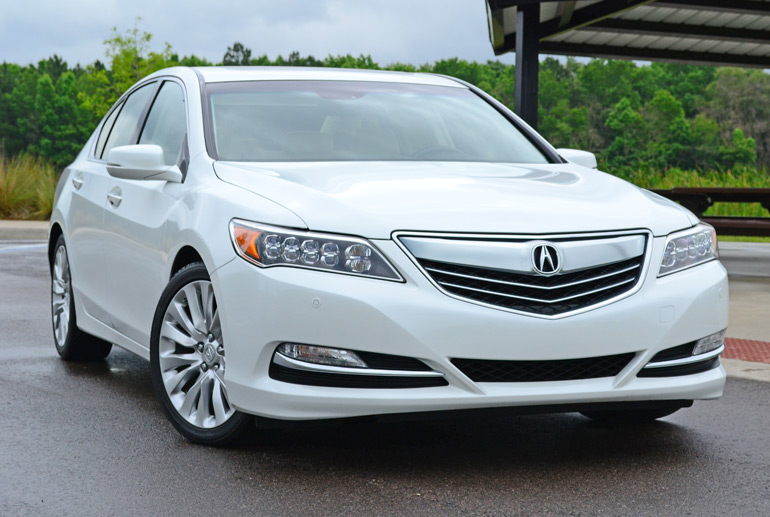 The new 2014 Acura RLX remains to be somewhat of a mystery among the full-sized luxury market, even though Acura has proven its placement among its luxury competition. The Acura RLX is one of those vehicles that attempts to pick up off of the memories of the Acura Legend from many generations ago. Surprisingly, the new RLX has a bit of that old Legend class as it serves up a plentiful amount of advanced technology, tech that is truly futuristic and cannot be found on many vehicles currently unless you lay down close to six figures for the price of admission. 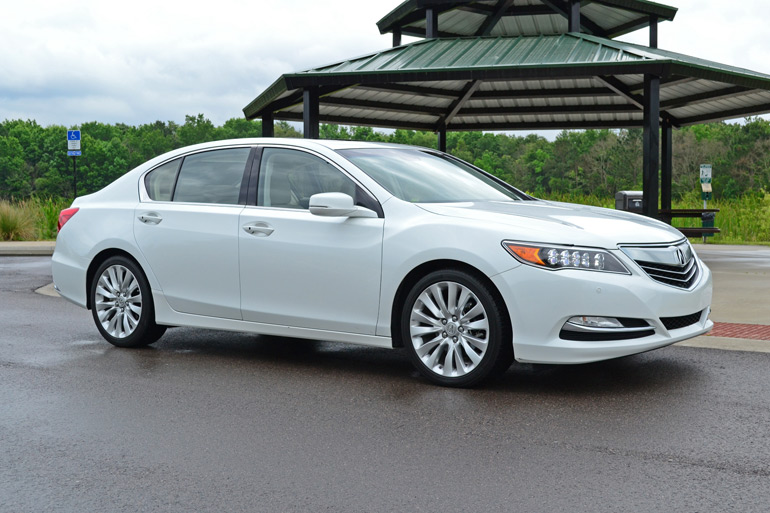 As Acura’s flagship vehicle, the new RLX, brandishes itself off of the TL, which is now the TLX, and the outgoing RL. The new RLX features larger dimensions than its predecessor, as much as 2 inches more in the wheelbase and its over-all width. Powered by a 310 horsepower and 272 pound-feet of torque 3.5-liter i-VTEC V6 engine mated to a 6-speed automatic transmission gives the 3,997-pound RLX enough power to get the job done without being a slouch when power is demanded. The drivetrain feeds the front wheels in much of a passive manor to avoid emulating the drama you get from larger front-wheel drive cars with powerful engines – that being torque steer or unwanted wheel spin coming out of heavy accelerated turns. Although, wheel spin seems to be an unavoidable situation in the hands of an enthusiast, the RLX is still nicely balanced and well mannered on the road. 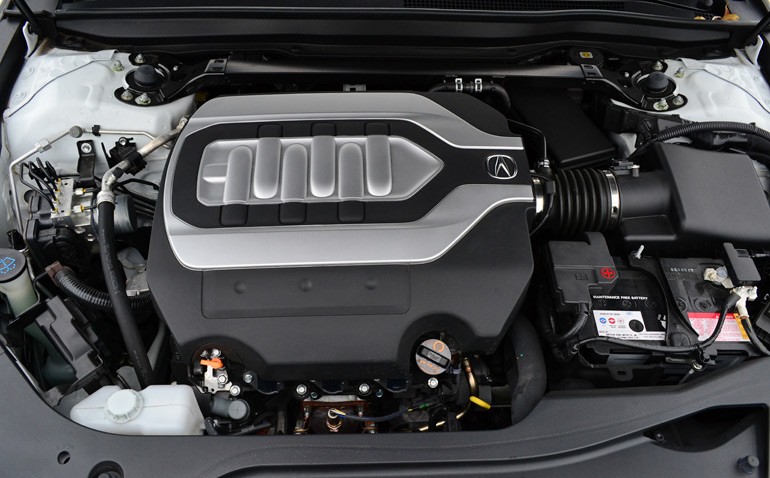 In the full scope of luxury vehicles in the same class, the RLX leaves a few things to be desired. With a 310-horsepower V6 engine and front wheel drive, the RLX initially lags behind its full-size luxury competition. However, despite being a V6 powering the front wheels, the only option available until Acura greets us with the all-wheel-drive RLX Hybrid, remains somewhat of a rarity within this segment. The drivetrain provides decent pulling power but at the cost of a bit of extra engine buzz audibly and a slight coarseness emitted into the cabin. As far ride comfort, the suspension of the RLX leaves me baffled with the tuning of the shocks. Basically, the RLX’s ability to handle bumps and wavy roads is unsettling as it produces an extra reverberation and bounce to its ride, almost like a vehicle with the wrong spring rate matched to its shocks. This ride faux pa was unavoidable but somewhat rectified by having two or more adults sit in the back. Perhaps, the suspension is something for Acura to rectify in future suspension tuning. 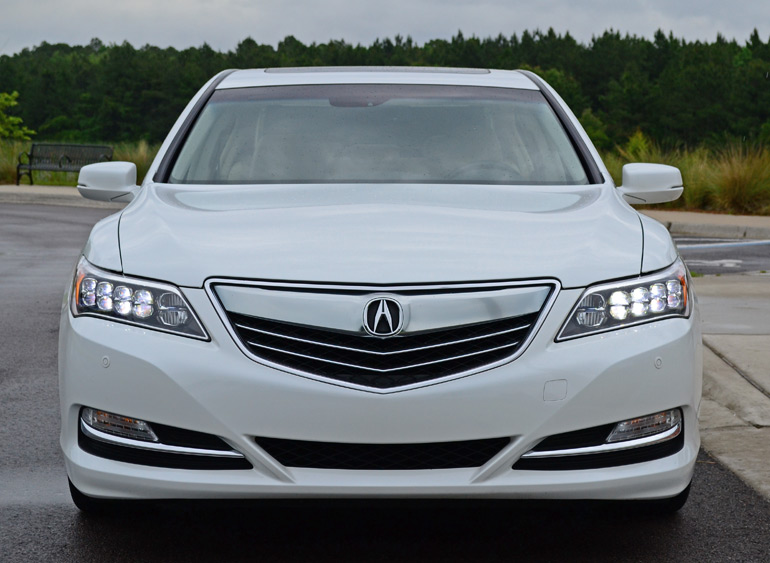 Possibly making up for the Acura RLX’s suspension shortcoming is the plethora of advanced tech features, including its wide-beaming Jewel-eye LED headlights paving a bright way in most forward viewing directions, a sweet crisp-sounding Krell premium audio system with 14 speakers rivaling many expensive living room setups, Precision All Wheel Steering System (P-AWS) adding a sharpness to steering angles, and its adaptive cruise control system with low speed follow and lake keep assist giving the RLX the ability to basically drive itself – steering and all. Of course, the ‘self-driving’ has some limitations, such as the system will want you to keep your hands on the steering wheel at all times and it does not follow through on sharp curves. The system is very limited in its abilities, though it does make a nice complement to your adaptive cruise control by nudging the steering wheel as it reads the defined lines in the road. The system will beep when it cannot detect two defined road lines, signifying it can on longer steer with the road. It is an interesting concept altogether, but more of a novelty to proving only useful for fatigued drivers and those who want to show-off to a few passengers. Even then, if you are that severely fatigued that you are relying on the follow-system, you might want to reconsider driving at that time. 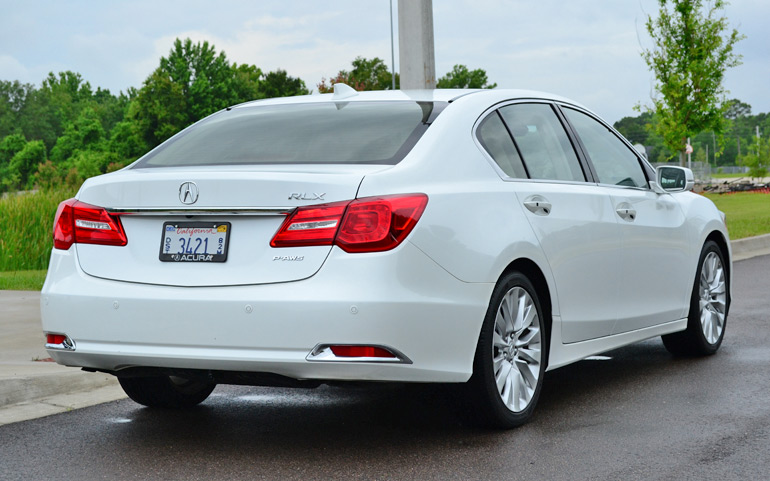 The new 2014 Acura RLX’s road-going character proves to rise above the normal front-wheel-drive expectations. Much of this is due to its precision all-wheel steer system, which enables the rear wheels to pivot up to 1.8 degrees when changing lanes at speed. When cornering, the system will turn the rear wheels slightly in the opposite direction to rotate the vehicle around a bend. Under heavy braking the system will even introduce a slight inward angle for better braking stability. The system attributes to a different driving characteristic that some may take a while to get used to. In all, the system makes steering a bit sharper and eventually predictable after learning its curve, no pun intended. 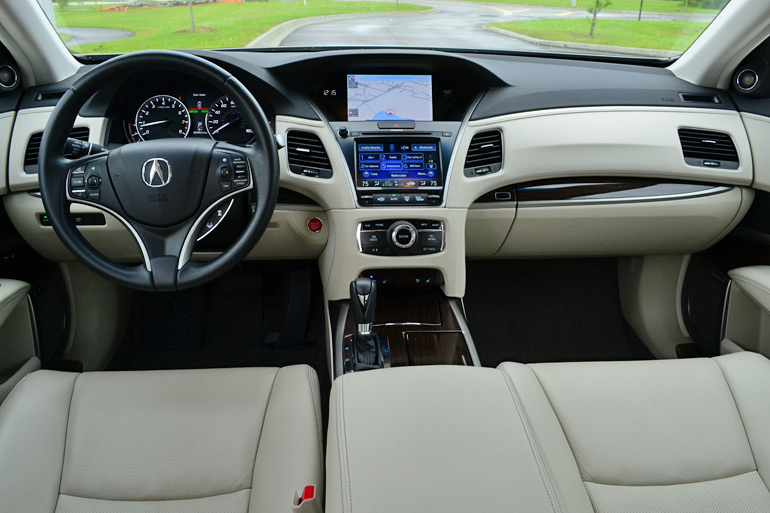 On the inside of the 2014 Acura RLX Advanced you find plenty of techie goodness foreshadowed by luxurious bits but in sparring supply. Much of the cabin of the new RLX has a nice dash of luxury but really doesn’t pull off the complete expected luxury appeal that much of its competition exudes. The center console, in Acura fashion, has a central control dial for the navigation screen while a new touch-screen with haptic feed back, below the larger nav screen, which is there for accessing most vehicle settings and audio controls. There are several menu sets that can be accessed through the touch screen but the rest of the system’s access to navigation and other vehicle settings are left to the central control knob and various dedicated buttons surrounding it – all displayed on the top navigation screen. In some ways the system works well as one but does keep you attentive of its separation of controls but not to the point of being aggravating. A slight learning curve is required but afterwards the system as a whole is easy to operate.

The comfort is on par for this luxury class as well as the comfort amenities, such as heated and ventilated front seats, heated rear seats, comfortable perforated leather seating throughout, power rear window and manual rear side window sunshades – most of which are part of my RLX Advance package features. The 2014 Acura RLX excels at its offering of leg room up front, actually offering a bit more space than its direct competition, such as the Audi A6, Benz E-Class, Lexus GS and Jaguar XF. 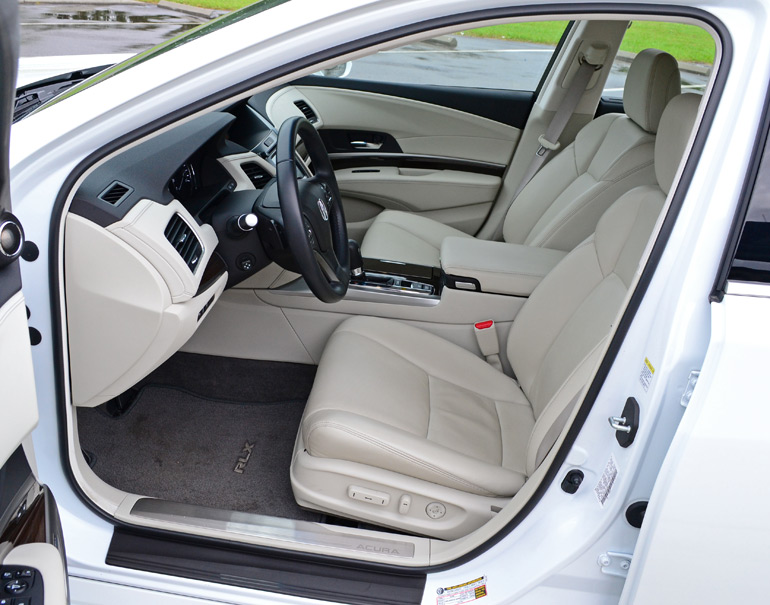 Outside the RLX doesn’t really overshadow in its design and body sculpting. Some of the highlighted design aspects remain to be its unique jewel LED headlights and nicely curved wheel arches flowing into the top-portions of its side. It may not be surprising to see the RLX blend into the background in American suburbia, although that can be a good thing in some circumstances and for some folks who do not like the flash and dash.

The economical side of the 2014 Acura RLX shines brightly with its variable cylinder management of its 3.5-liter V6. At times, I found the RLX getting just over its 31 mpg EPA estimate on the highway and around town I was able to conjure up about 22.4 mpg, also slightly better than the EPA numbers of 20 mpg city and 31 mpg highway. The 19-inch 245/40 all-season tires on all corners prove to be the perfect combination for the RLX’s performance abilities and moderately smooth ride. 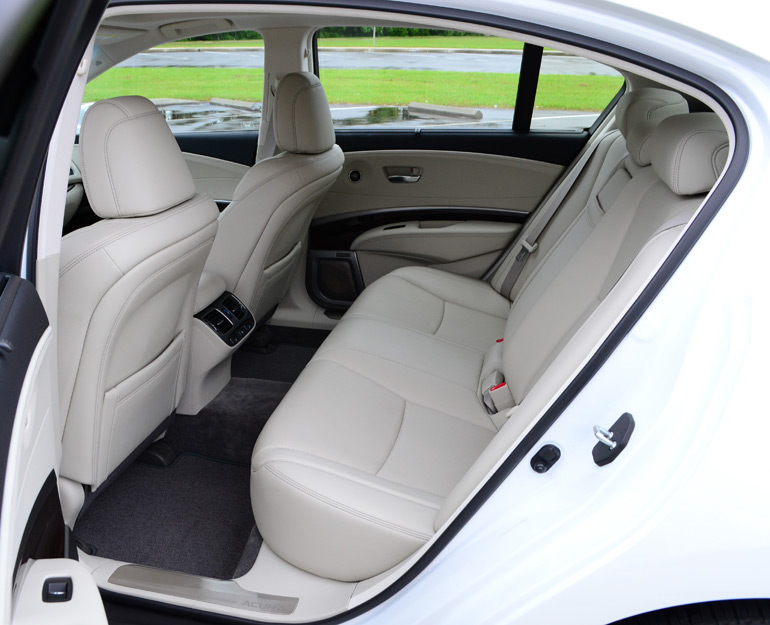 Concluding with the 2014 RLX’s value is part of its potential misplacement within the full-size luxury vehicle segment. My 2014 RLX Advance package test vehicle came to an as-tested price of $61,345, probably difficult to swallow off for what the RLX offers in its luxury appointed drivability. Though, as far as advanced technology goes and its nicely appointed luxury seating and comfort, the RLX seems to fit well into its segment and deserves a close look.