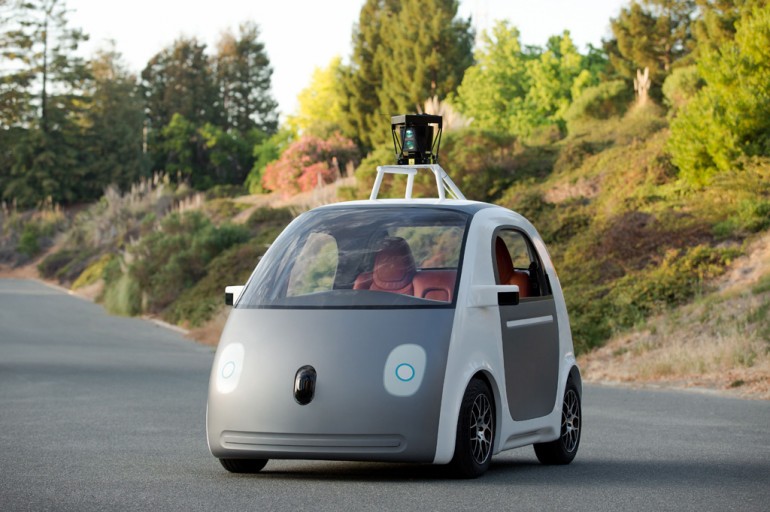 Darn, I think some of us should start looking for a new career as Google’s new driverless cars aim to eliminate the need to drive a car ever again. We knew it was coming, I guess I will just pack up AutomotiveAddicts.com and reminisce on the good times. Whatever!

Google’s new two-seater driverless car is making a buzz this week in more ways than one as they unveil a prototype picking up passengers who don’t have a steering wheel or pedals to interact with as they are taking on a drive around the block. Seatbelts are, however, required as passengers will have a navigation screen to look at to show the route with start and stop buttons.

The speed of the new driverless-automated vehicle is capped at 25 mph, for now. “Just imagine: you can take a trip downtown at lunchtime without a 20-minute buffer to find parking,” writes Chris Urmson, director of the Self-Driving Car Project, on Google’s official blog. “Seniors can keep their freedom even if they can’t keep their car keys. And drunk and distracted driving? History.”

The pilot program will be run in California within the next two years using modified Toyota Prius, Audi and Lexus models. So far, Google’s autonomous vehicles have racked up about 700,000 miles in tests.