I had just stepped off the treadmill, barely catching my breath, when a stranger approached me and asked how I like the 2014 Volkswagen Tiguan SE that I was driving. In all fairness she wasn’t really a stranger. I know I had greeted her many times coming and going over the years, but we had never had a conversation before. 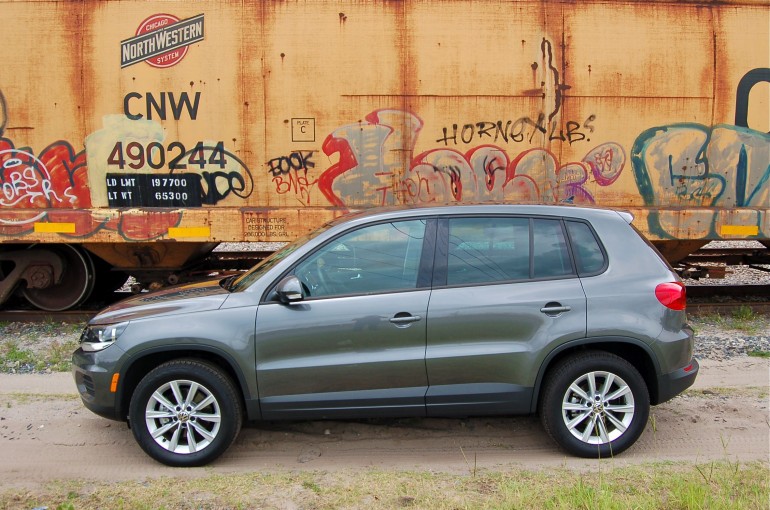 I told her I was impressed with the compact SUV, but I had only been driving it for a few days as a part of a week long review. She smiled and pointed at the identical twin Pepper Gray Mettalic Tiguan that she owned, parked just a few spaces down from my review vehicle. 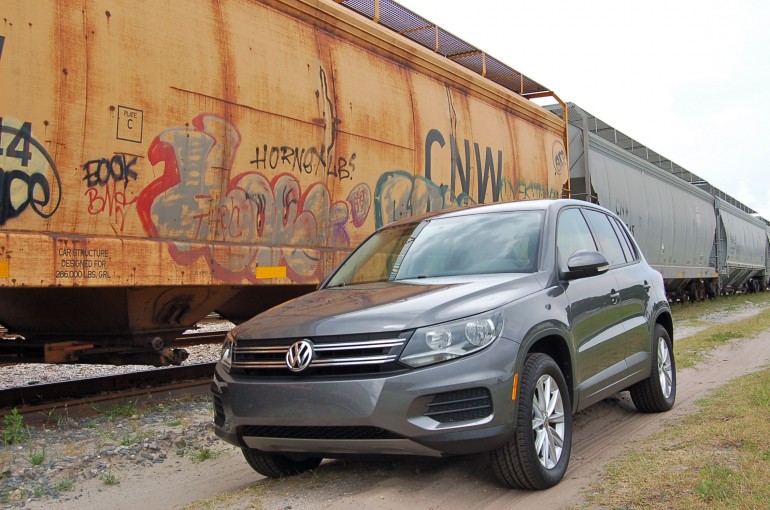 Of course I did what any journalist would and asked for her honest commentary on the Volkswagen, I would have the car for a total of seven days, she has been driving it for over a year.

Interestingly, our opinions were very similar. The 200 horsepower and 207 lbs-ft available from the 2.0L Turbocharged inline 4 was powerful enough to make the VW feel quite “peppy.” The front-wheel drive SUV’s steering was “responsive” and overall the Tiguan felt “very balanced” when driving around town or on the highway.  The 17 inch wheels and all-season tires were slow wearing, “grippy” and great in the rain. 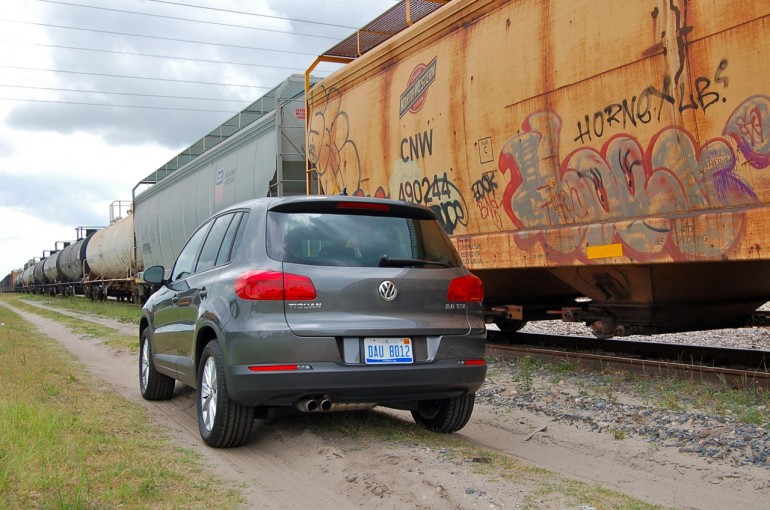 The Tiguan was dependable; the only trips to the service center were for oil changes and routine maintenance. The fit and finish wore well, the standard black leatherette interior looked as good as it did the day she drove off the lot. The 23.8 cubic feet of cargo space were more than enough for most situations, but when needed folding down the rear and passenger seats gave the interior enough room to haul just about anything she needed. She also added that “gas mileage is great and although the car feels very big when you are driving down the road, it is small enough to get lost between all the giant vehicles in the parking lot.” 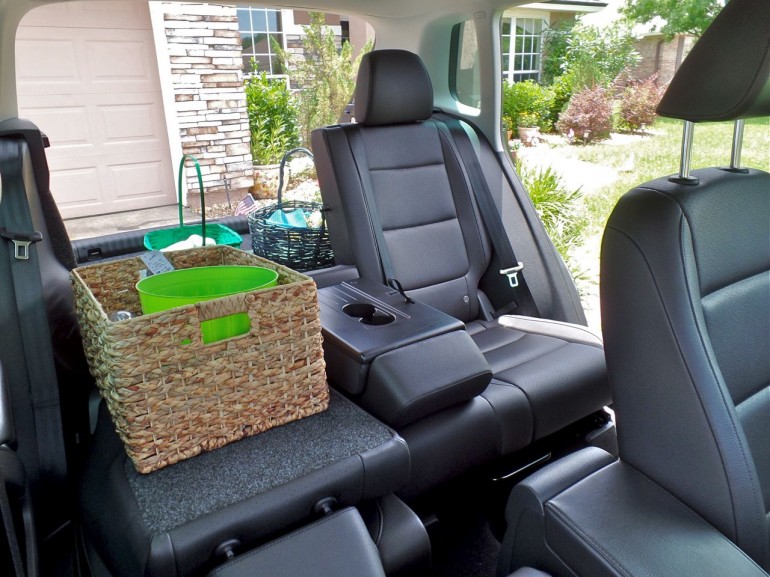 Her overwhelmingly positive review of the SUV was helpful and very consistent with my own impressions of the Tiguan, but what really took me off guard were her reasons for being a diehard faithful lifelong Volkswagen enthusiast. 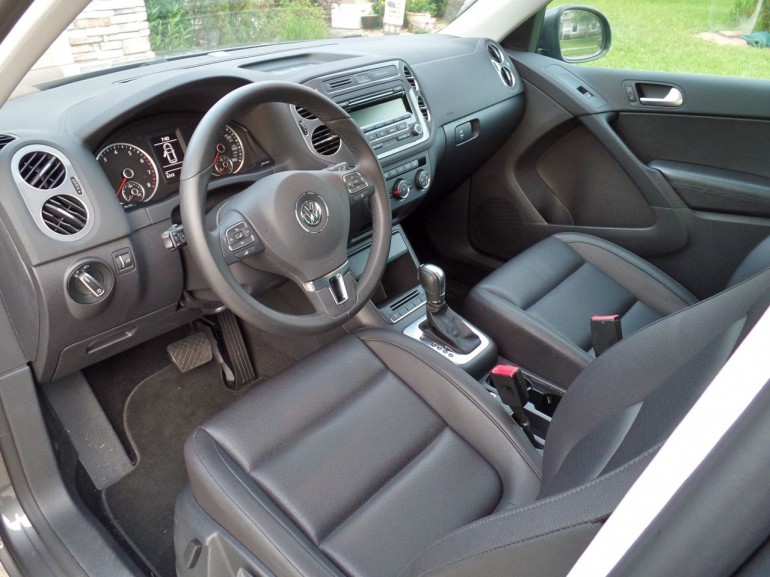 After owning a series of nearly bulletproof Volkswagen sedans and coupes, she purchased a brand new 2004 Volkswagen Touareg from a Jacksonville VW dealer. The car was beautiful, but immediately troublesome, from her account it sounded like the car was on the lift at the shop more than it was sitting in her driveway.  Amazingly, although the car was a lemon, the Jacksonville Volkswagen dealer was not, rising to the occasion and tirelessly working to resolve every issue, winning her trust, respect and life-long business. But that wasn’t even the biggest reason she says that, “she will always own a Volkswagen.” 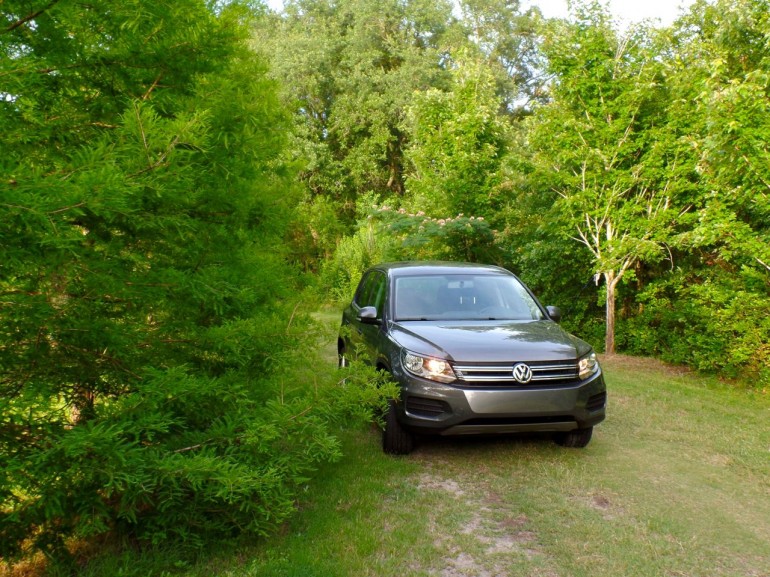 A few years earlier her son was stuck in traffic, sitting in a late model Volkswagen Passat at the 295 and 95 interchange not far from the Jacksonville International Airport. A driver came over the rise of the overpass, did not have time to slow down and collided into the stopped traffic, rear-ending her son’s stopped car at speeds estimated to be around 55 miles per hour. Although the Passat was totaled, her son was without a scratch. Volkswagen had built a car that stood the ultimate test and saved her child’s life.

The 2014 Tiguan SE offers and EPA 21 city and 26 highway, 23 combined mpg. The model that I reviewed had the standard Bluetooth capable AM/FM radio with CD player, which sounded great and although simple, was sufficient for providing music and a decent telephone interface. There are no standard USB outlets, something that I have come to expect even in economy models, but they are available as an option. The iPod port found in the SUV’s center console was dated, the wire supplied was for the iPhone 4 and earlier. 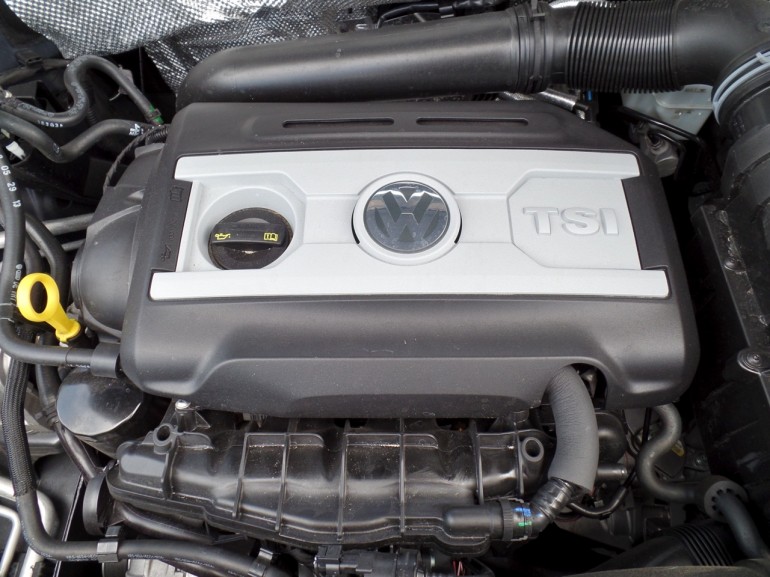 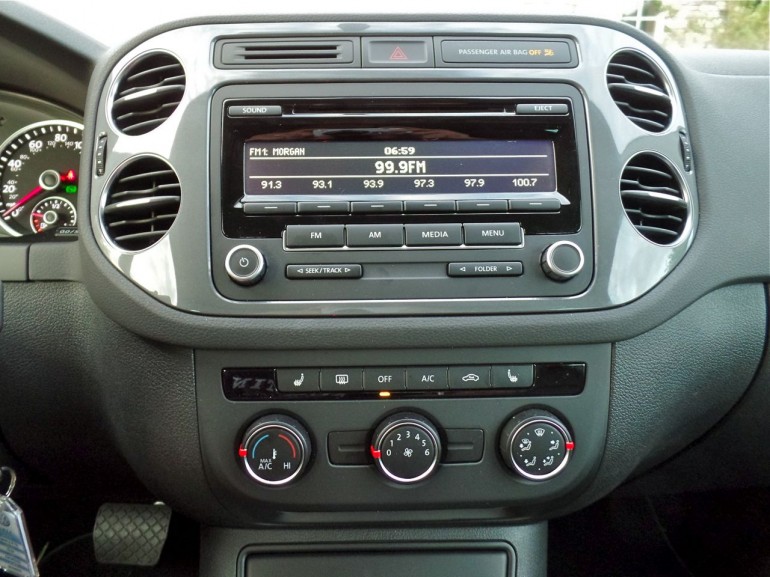 The bottom line is that the Tiguan is a wonderful car to drive with ample power and excellent build quality. The interior is roomy and the materials are long wearing.

And based on my conversation with my new friend at the gym, it is impossible not to recommend Volkswagen’s 2014 Tiguan SE.