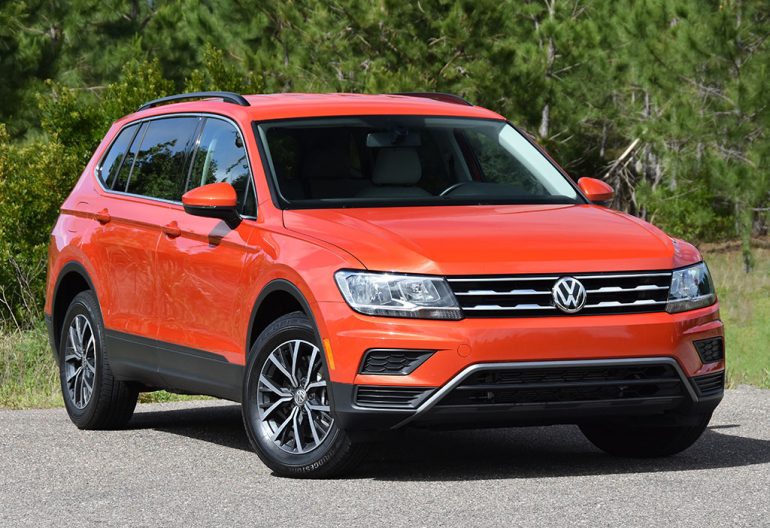 With the sales of crossover utility vehicles dominating the American landscape, it only made perfect sense for Volkswagen to improve upon their Tiguan to capture additional mainstream sales and potentially be their top seller. Introduced with a complete redesign for the 2018 model year, the new Tiguan places itself in a better position to garner attention from its first-generation processor with a much larger cabin, three-row seating, better fuel efficiency, updated tech and safety features, and plentiful cargo room.

>> Get The Best Price On The Volkswagen Tiguan from a network of local dealers now. <<

Spending some quality time with the new 2019 model year of the Volkswagen Tiguan, with a slight revision of its trim levels, reminds me of when vehicles offered a lot without the hefty price tag to match. Volkswagen has kept true to their tradition with my VW Tiguan SE FWD test vehicle testing out at a price of just $26,695, which at the base price of $24,295 for the Tiguan S, it is among the least-expensive three-row crossovers currently available. Though, saying that the new Tiguan is a 3-row crossover is somewhat bending the rules due to the third-row being rather cramped and fitting the part of an after-thought that should only be used in a pinch to fit a couple of small kids back there. Otherwise, the new Tiguan proves to be roomy for its class up front and in the second row clad with leatherette seating surfaces. 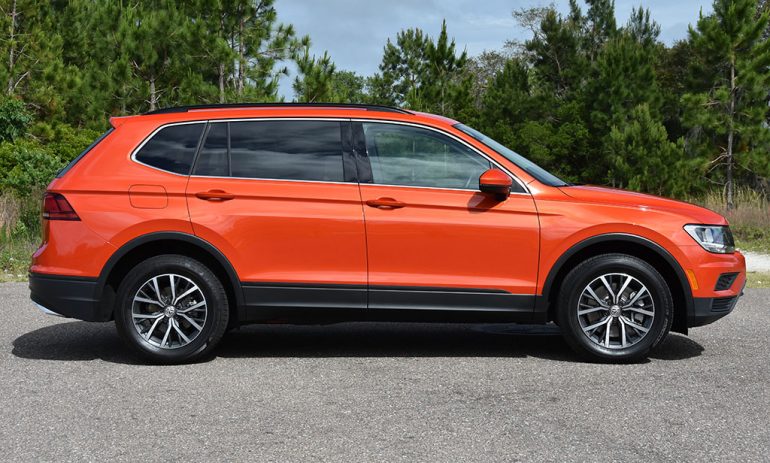 The new Tiguan only gets one powertrain for the new generation, which is the brand’s 2.0-liter turbocharged 4-cylinder engine. The engine, which is somewhat de-tuned from its many other offerings throughout the VW lineup, only musters out 184 horsepower and 221 ft-lbs of torque. Power is sent to the front wheels as standard through an 8-speed automatic transmission. The 4MOTION all-wheel-drive system is available on all five trim levels, (S, SE, SEL, SEL R-Line, and SEL Premium). 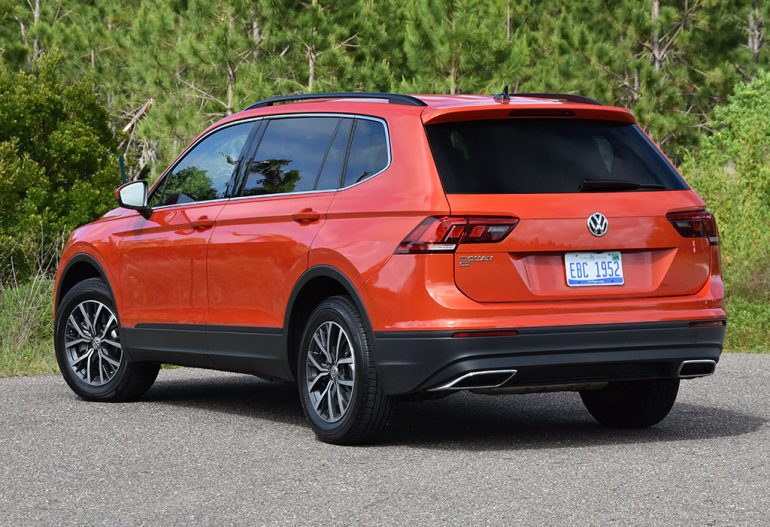 The power from the engine is rather underwhelming and quite disappointing. After all, the new Tiguan is almost two seconds slower to 60 mph, taking 8.2 seconds, than the outgoing first-generation model. The power from what has otherwise been a respected engine is quite a letdown and is only exacerbated when you load in a few adults and some cargo in the decently-sized cargo space. The handling aspects of the Tiguan, while it provides a smooth ride quality thanks to the large profile-sized tires on my test vehicle, are decent but tend to give away pretty quickly when pushing the Tiguan hard into turns or coming out of them when front wheelspin and understeer takes over. Overall, the Tiguan is far from sporty, and much about its driving character is neutered due to the gutless engine. 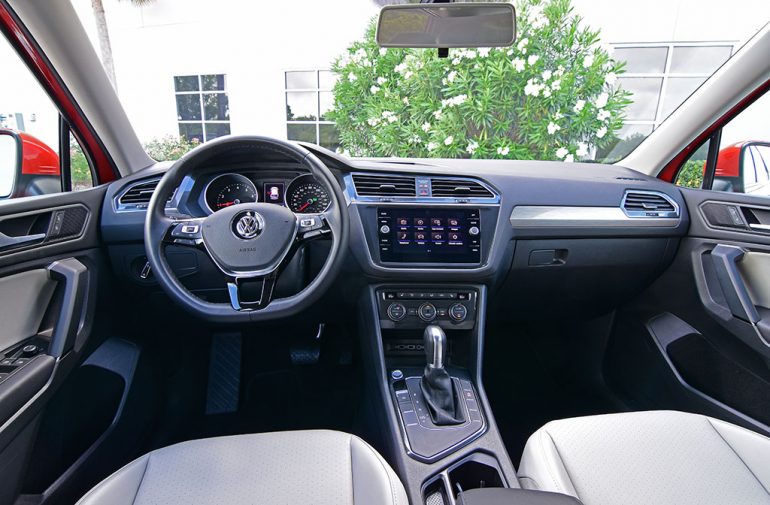 Making up for my disdain of the Tiguan’s poor performance is its decent interior space and a respectable list of features that level-up ever-so-slightly with each of its five trim levels. The updated infotainment system with a large 8-inch color touchscreen, Apple CarPlay and Android Auto integration, and a user-friendly interface is a welcomed aspect of the interior space. Moreover, the controls and dashboard remain simplistic and touts an automatic dual-zone climate control. The SE trim level should be the base version while the S trim is void of features that make it feel like a complete vehicle in today’s landscape of vehicles that offer a plethora of standard features. Thankfully VW offers up a variety of trim levels where the SEL Premium starts to really transform the Tiguan into something nearly luxury-like, with the one exception of having the same spiritless engine. 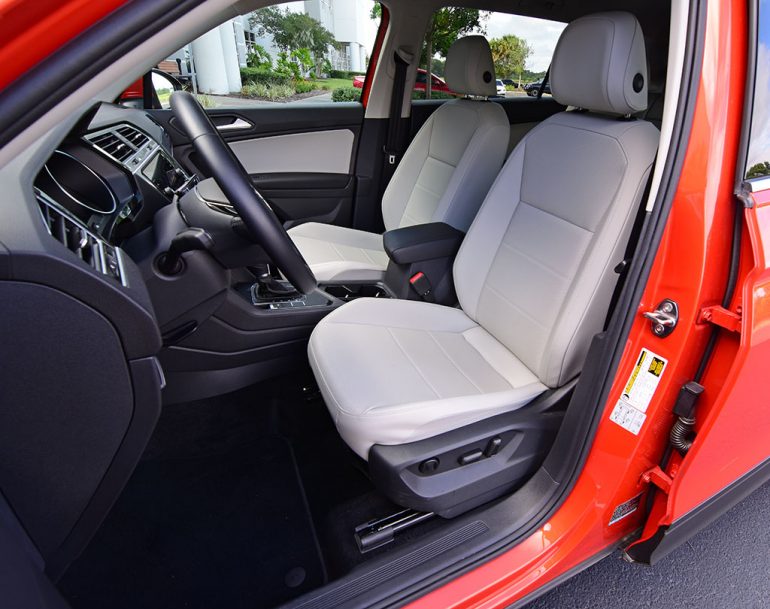 Being that most shopping the Tiguan will not care so much about its meager performance, it does offer an attractive package for a low cost, something that is refreshing in the spectrum of high-priced crossover utility vehicles. The new 2019 Tiguan, while it has better fuel efficiency than its predecessor, still could use some improvement to be competitive getting an EPA-estimated 22 mpg city, 29 mpg highway, and 25 mpg combined for the front-wheel-drive models. 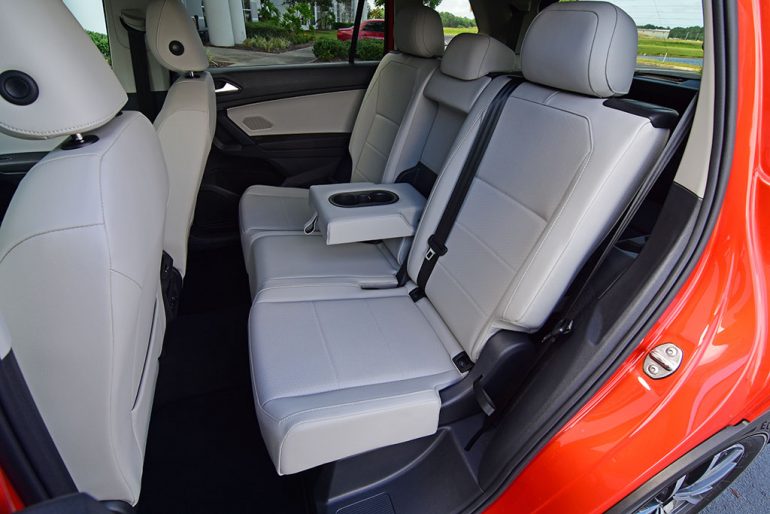 Overall, the new Tiguan is a good vehicle for those far from the enthusiast realm. It gets the job done in many ways with commendable interior room and several desirable features in its upper trim levels all for a decent price and warranty coverage that bests much of its competition with a limited warranty of 6 years or 72,000 miles and matching powertrain warranty.

>> Get The Best Price On The Volkswagen Tiguan from a network of local dealers now. << 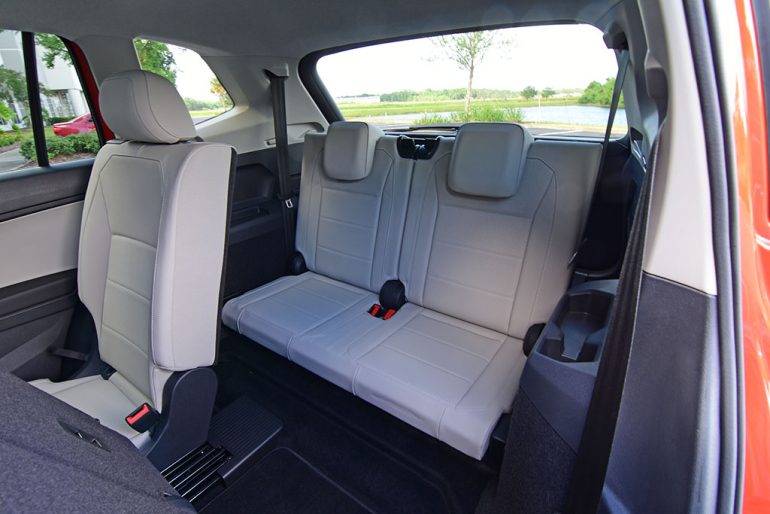 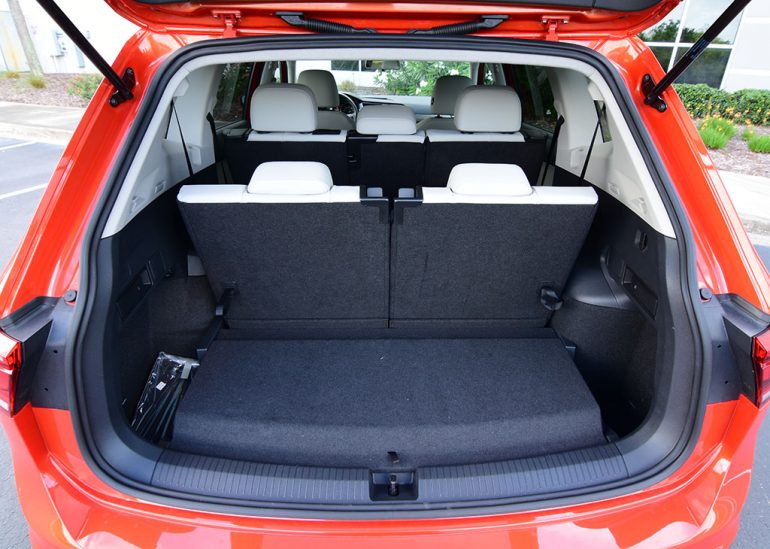