TRD. Three Simple Letters That Have Anything But Simple Ramifications 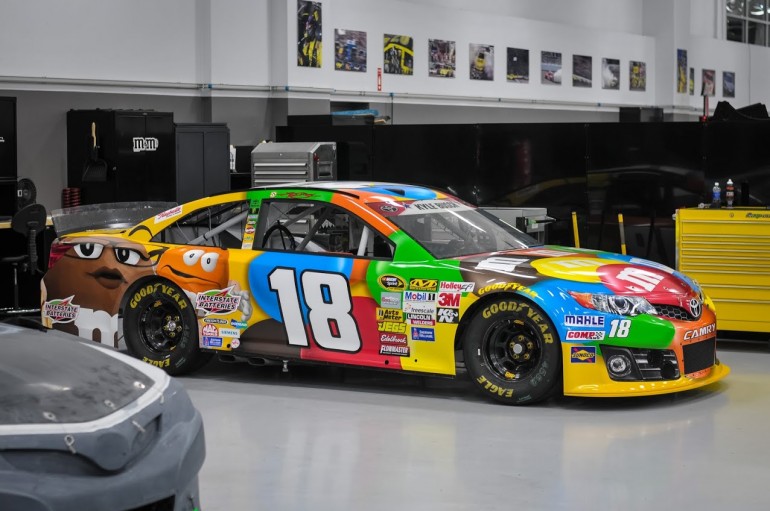 TRD, of course, stands for Toyota Racing Development, a wholly owned subsidiary of Toyota established way back in the dark ages of 1979 when the Japanese car manufacturer was just hacking into the U.S. with frugal, efficient cars for the the masses in light of the energy crisis that overshadowed the mid-to-late 70’s. 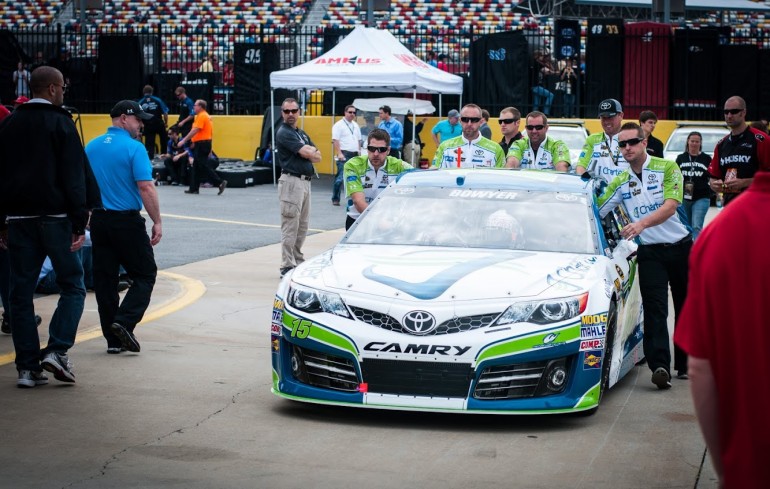 Fast forward 35 years and Toyota is one of the top brands in the United States represented to consumers by the Toyota, Scion and Lexus brands covering nearly every end of the consumer car market. On the motorsports front, TRD has proved to be a formidable competitor across nearly every type of racing. Most notably, winning the 2002 CART Manufacturer’s Title, an Indy 500 victory the following year and a handful of manufacturer wins at the 24 Hours of Daytona with Toyota powering wins(under the Lexus brand) for Chip Ganassi Racing. Perhaps most important for its position in America, TRD has been heavily engaged in NASCAR. 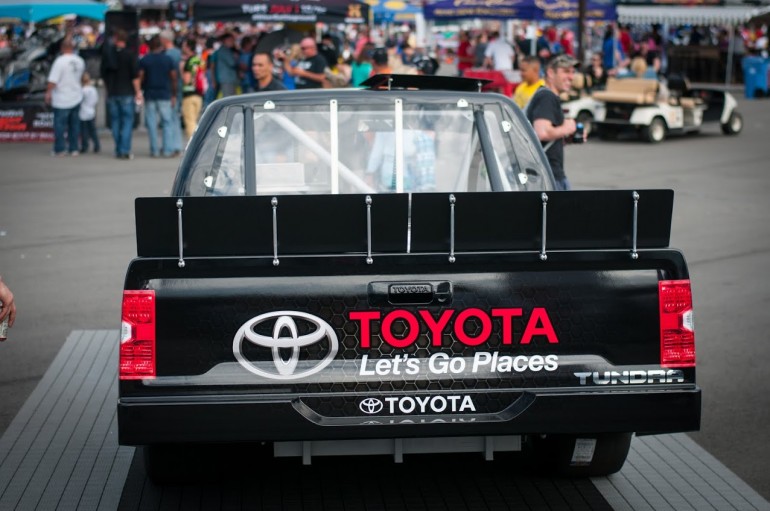 By 2004, under the Toyota Tundra name, TRD entered the NASCAR Camping World Truck Series which resulted in a dominant performance by Tundras in only the second season. With such rapid success it was inevitable and by 2007 TRD announced its entry Sprint Cup and Nationwide Series just as NASCAR kicked off the era of the Car of Tomorrow. With the entry into the Sprint Cup Series, NASCAR partnered with a handful of teams – one of which being the voice of NASCAR: Michael Waltrip Racing. More on that later. 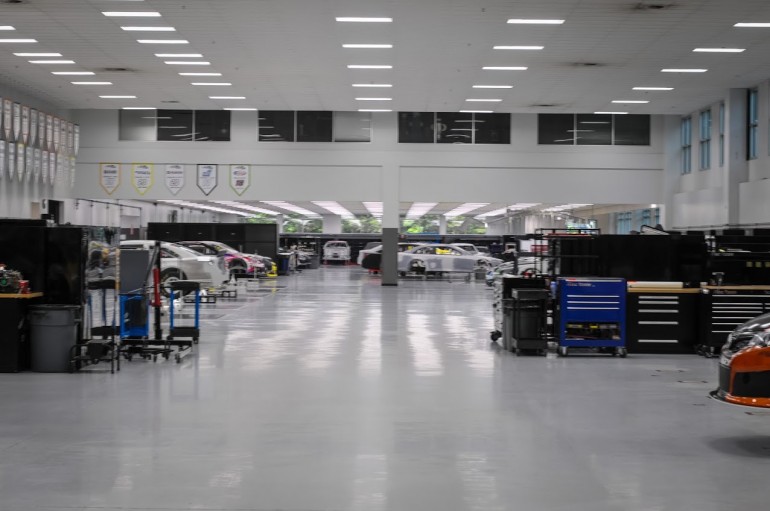 TRD were kind enough to invite me to Charlotte, NC; the official home of NASCAR, to observe what some of their clients’ operations as well as the All Star Race where a handful of TRD-powered teams would be in full effect charging around the regal Charlotte Motor Speedway. Before the race, our first stop would be Joe Gibbs Racing set in northwestern Charlotte and run by non-other than North Carolina local and legendary NFL coach Joe Gibbs. 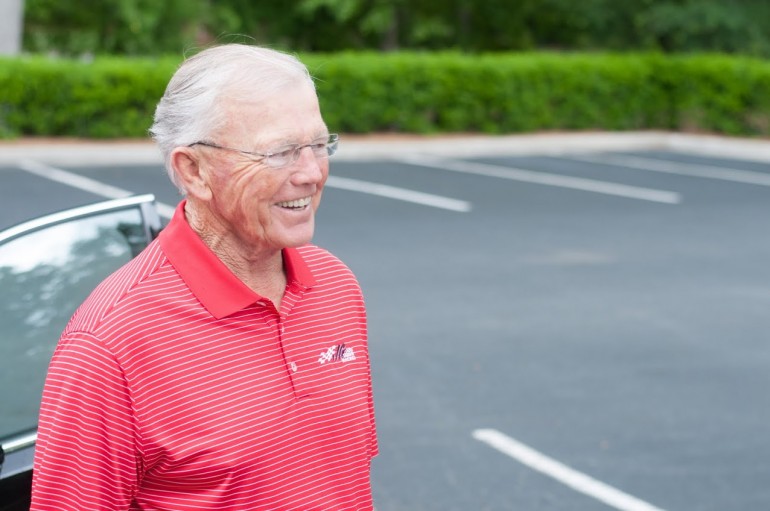 One of many Charlotte-based teams, Joe Gibbs Racing occupies nearly 500,000 square feet of space across two buildings. For their driver line-up, JGR maintains a who’s-who of talent with Kyle Busch, Denny Hamlin and Matt Kenseth in the Nationwide Series with Elliott Sadler and the other drivers doing timeshares in the cars for the Nationwide Series – all driving TRD-powered cars with colorful branding from the likes of M&M’s, Monster Energy, Fedex and Dollar General. 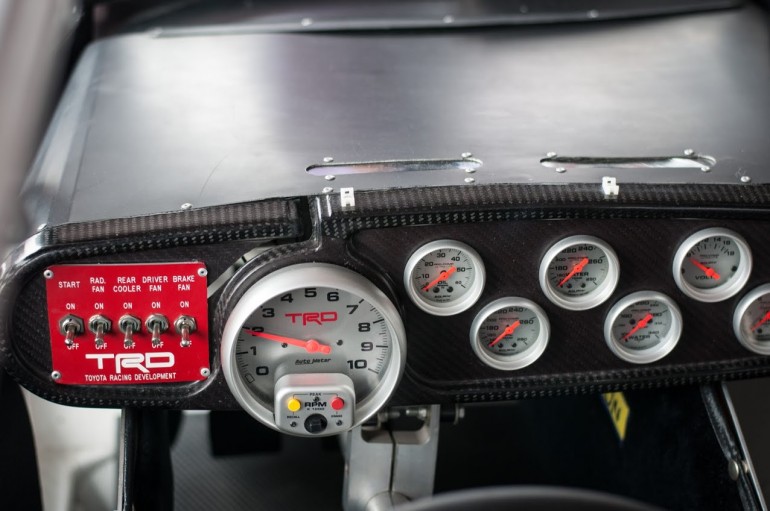 While all of the construction of the chassis, machining of parts and setup comes from the racing teams, the powerplant is purely TRD. Despite being based on the polar opposite side of the country in Costa Mesa, California, the distance hasn’t proven to be an inhibitor for Toyota as it is able to built or rebuilt up to 375 engines per year in the service of all of its NASCAR clientele out of approximately 100 5.7L V8’s built in total each year. Taking their partnerships a step further, TRD has a trailer full of engineers on hand for each Sprint Cup and Nationwide Series which results in nearly 60,000 miles per year being logged on the trailers! Travel to these events proves to TRD to be one part research and development, one part customer service. Typically, the construction of a pair of cars for a race weekend requires a two week lead-time with engines arriving early in the process having been freshly minted by TRD and evaluated for maintenance overhauls dependent upon relative rpm’s and duration of time in service. TRD will use rotatable engine program with teams as a chance to tear down and evaluate how components of the motor are holding up under the extremes of oval racing. 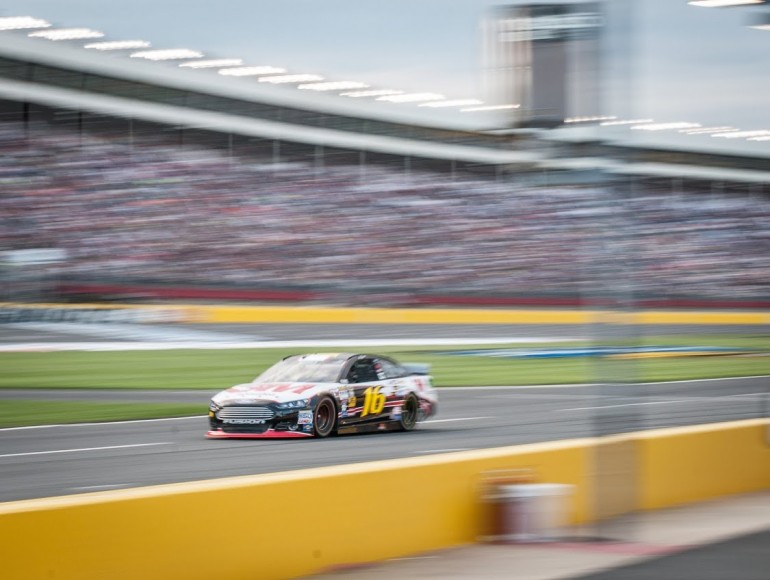 In lieu of the typical financial support that other brands lend to teams, Toyota has taken a different approach by forgoing cash for teams for technical support across a variety of areas. Specifically, if teams are in need of technical support for tires or for aerodynamics and, in some cases, chassis development by way of collecting and assembling data for teams. Interestingly, while TRD holds significant amounts of data for the teams it powers, it has strict rules about sharing of data across teams. For example, if Joe Gibbs Racing finds the “unfair advantage” in chassis development, that same data will not be shared with other TRD customers like Michael Waltrip Racing. That said, if TRD makes technical strides in engine development(all within the nit-picky parameters set forth by NASCAR) it will likely choose to share this data and development points with its teams as a means of furthering the Toyota brand’s competitiveness across the Nationwide and Sprint Cup Series. 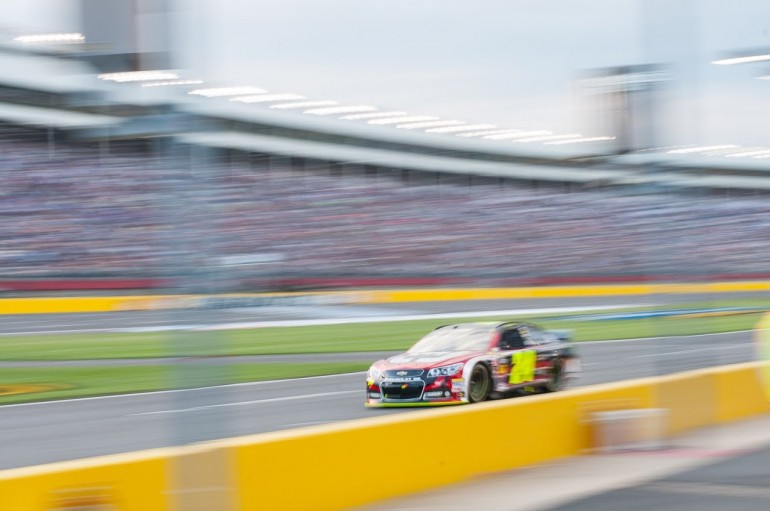 After our visit to Joe Gibbs Racing and the NASCAR Hall of Fame, it was off to a day at the Charlotte Motor Speedway to witness the Sprint All-Star Race. It must be said, the All-Star Race, with booming, goofy introductions by Rutledge Wood, fireworks and name-branded everything is, in it’s presentation, nearly on par with the likes of the Super Bowl though admittedly I’ve never seen a Super Bowl that involved heavy burn outs or players carrying products of their sponsors onto the field. Ironically, many of the pit crew members are likely ex-Super Bowl caliber athletes as the common trend now amongst the teams appears to be taking retired NFL players and relying on their strength and consistency in performance to ensure pit stops are accomplished with utmost haste. Michael Waltrip’s jackman, for example, prides himself on his ability jack up the car in a single pump, uncommon for most teams and can amount to critical seconds saved in a pit stop. 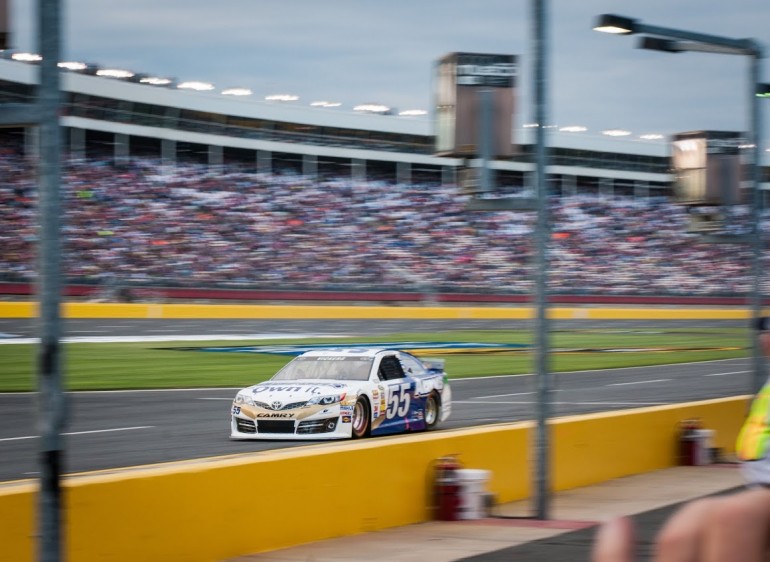 Prior to the start of the All-Star race, a stroll through the paddock led to an introduction to both TRD executives and one of their biggest NASCAR ambassadors: Michael Waltrip. While not necessarily the winningest driver since NASCAR turned from bootlegging to straight-up racing, Waltrip is a familiar face in both the paddock and to the millions upon millions of NASCAR fans tuning in to watch his commentary on race day. Toyota have partnered with Waltrip Racing since the beginnings in Spring Cup Series nearly a decade ago. Waltrip’s southern charm and ability to market himself and his sponsors immediately gave TRD and the Toyota product line a level of credibility it so desired from NASCAR’s demographic. Beyond that, Waltrip does an excellent job of making a seemingly casual conversation about the sport turn into a personal endorsement of Toyota who’s partnership he credits for much of the success of his team. 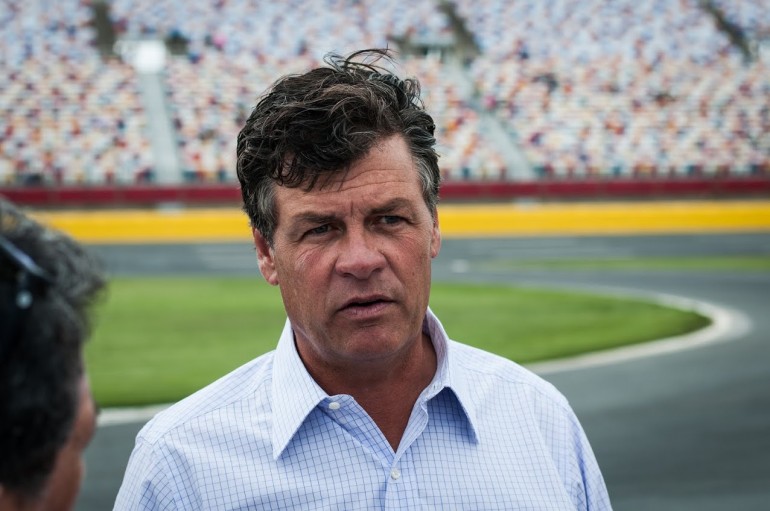 As fireworks exploded overhead and drivers in brightly colored racing suits climbed into brightly colored cars to tear off around the brightly-lit oval circuit, Toyota’s presence finally began to sink in. Effectively, in the course of just over a decade, TRD has come into NASCAR, partnered with the right drivers and teams and brought home numerous wins (100 victories from the Tundra in truck racing and three consecutive championships in the Nationwide Series). An impressive feat considering that for the better part of 5 decades the sport was dominated by American brands. With a fresh approach, TRD has shown that once again it can face the challenge of a new series and succeed in only a short span of time.