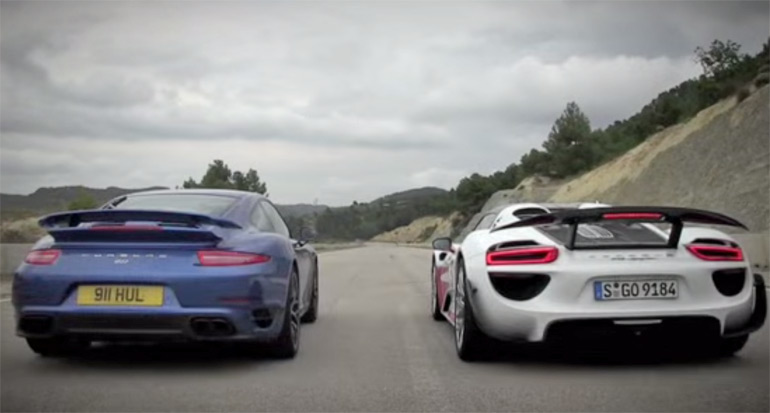 I hate to admit it, but I really cannot afford a new Porsche 918, it is just out of the playing cards right now – obviously (or I wouldn’t be writing this little post). However, a new Porsche 911 Turbo S, yeah, that might be an option one day, which happens to be about $700K less than a new 918. What I am getting to here is, the new Porsche 911 Turbo S is “ALMOST” as fast as the 918 so there really is no reason for me to even dream up a 918… ever. Actually, I am attempting to convince myself that it is okay that I will probably never own a 918, which is fine by me because in the video below the 911 Turbo S up against the 918 is plenty fast, almost as fast as Germany’s best thing to happen other than winning the 2014 World Cup. Enjoy!