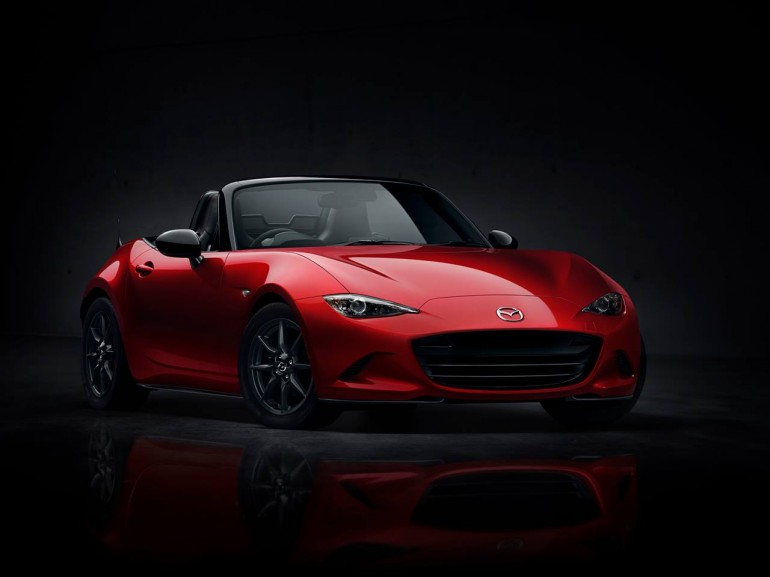 The Mazda Miata MX-5 has always been about being fun to drive and it is undeniably an icon among automotive enthusiasts. The pressure has been high for Mazda leading up to 25 years of the iconic roadster and now they have sought out to release that core essence of a true enthusiast vehicle for enthusiasts of all types in something totally modern and new. Here it is, the all-new 2016 Mazda Miata MX-5! 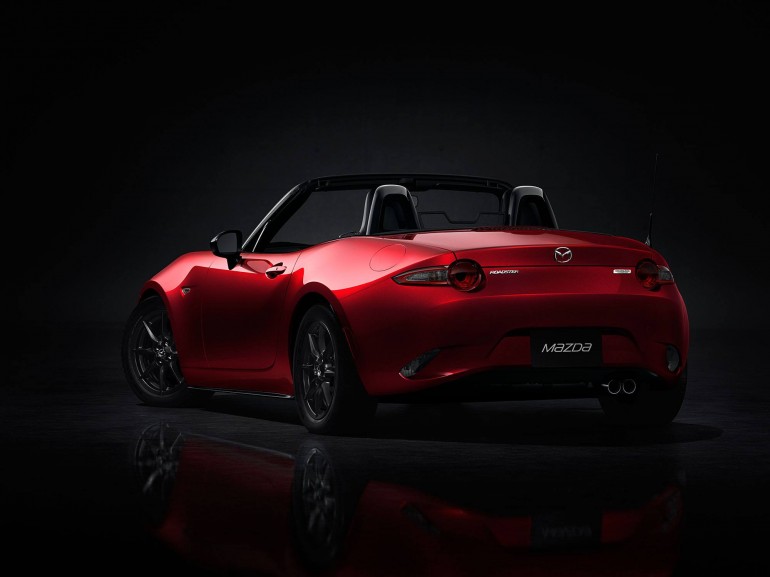 In a unique live stream reveal, Mazda invited the equally iconic 80’s pop band Duran Duran to perform some classic hits in honor of Mazda’s 4th generation drop top roadster. And unlike most of us, the Miata is losing weight as it ages. Mazda says the 2016 model will drop 220 lbs, weighing in at a scant 2,260 pounds! 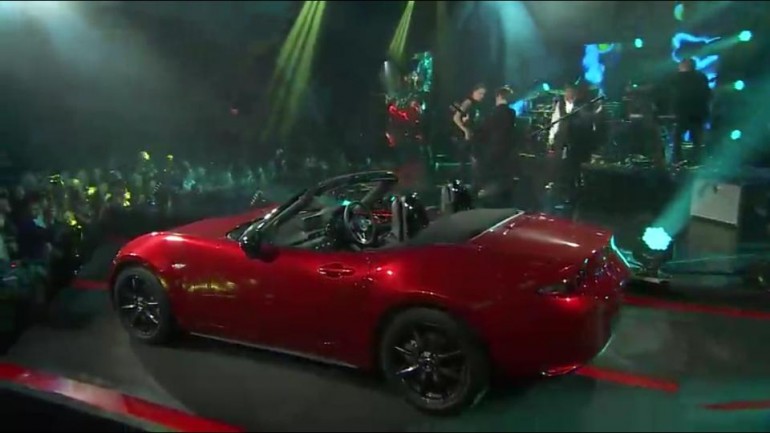 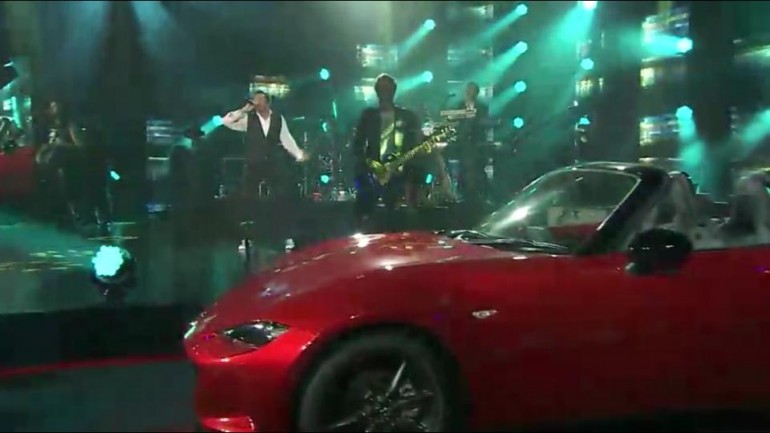 We will have more information with specifications soon. Be sure to check back.

HIROSHIMA, Japan—Mazda Motor Corporation today celebrated the unveiling of the fourth generation Mazda MX-5 (known as Roadster in Japan) together with fans at events held simultaneously in Japan, USA and Spain. The all-new MX-5, which adopts both SKYACTIV TECHNOLOGY and Mazda’s KODO—Soul of Motion design language, will be rolled out to global markets starting in 2015.

The MX-5 is an iconic model representing Mazda’s vehicle-engineering philosophy—the pursuit of driving pleasure. “Innovate in order to preserve” was the motto for the fourth generation, as the development team searched for innovations that go beyond simple evolution. Environmental and safety demands are much more stringent than they were when the first generation MX-5 was introduced 25 years ago, but the fourth generation stays true to the model’s original aim of offering the pure driving fun that only a lightweight sports car can. It achieves this through the adoption of SKYACTIV TECHNOLOGY and refinement of its appeal to the senses and sensations through which people enjoy cars.

The design of the all-new MX-5 reveals another layer to Mazda’s KODO design language. The exquisite proportions make the driver and passenger stand out, and both the interior and exterior evoke the exhilaration of open-top driving. It is the most compact of any generation MX-5 so far and is more than 100 kilograms lighter than the model it replaces, promising a dramatic leap in Jinba-ittai driving fun.

As of July 2014, total production volume of the Mazda MX-5 exceeded 940,000 units and it continues to hold the Guinness World Record for the best-selling two-seater sports car. This highly-celebrated model has received over 200 awards from around the globe including Japan Car of the Year 2005-2006.

Moving forward, Mazda will continue to develop products which offer all customers driving pleasure and outstanding environmental and safety performance.