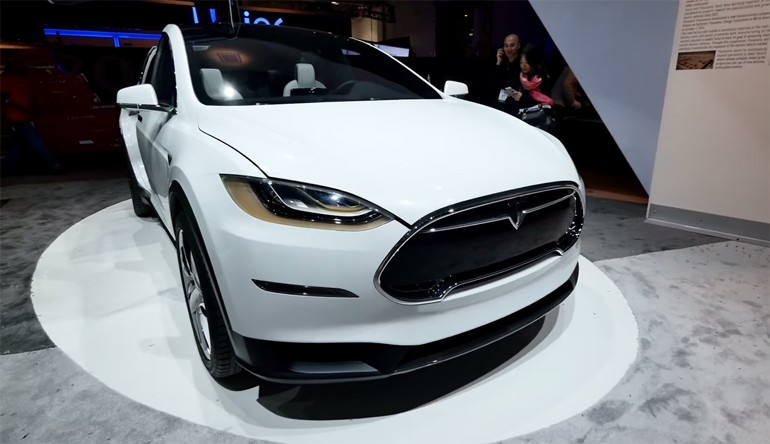 The 2016 Tesla Model X will join the 100% electric American-made lineup “early 2016” with a speculated $90K-plus price tag. Similar to the Tesla Model S P85D’s drivetrain, the Model X will get use of it with a similar range, which was summed up in the Consumer Electronics Show announcement as a “great electric car with Panasonic batteries built in and amazing distance on one charge.”

Amazingly, the video briefly shows the range as 237 miles with a battery charge around 80%, as explained in a post by Autoevolution, which falls closely in line with what the Model S P85D offers. The Model X will feature an SUV stature and the rear gullwing doors and been amazingly quick.

Check out a quick exterior and interior walk-around in the video below of the Tesla Model X Concept at the 2015 CES in Las Vegas. Enjoy!