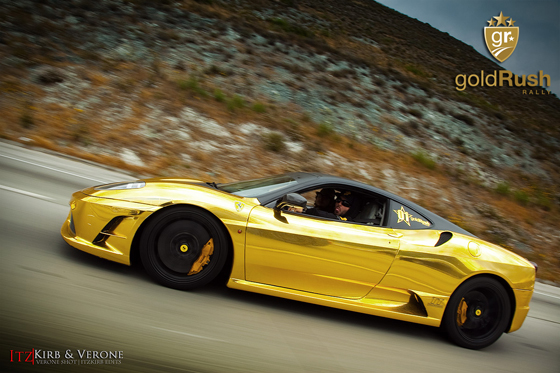 An exciting and unforgettable road-trip, the goldRush Rally 2009, was a success. Starting on June 4th, 2009, the goldRush Rally crew set out from San Francisco, CA’s Clift Hotel after a night at Club Vessel. People could hear the roaring engines from a distance along with catching glimpses of a gold blazing Ferrari followed by Porsches, Maseratis, Lamborghinis and other exotics. This was a sight to remember.

The crew headed to Los Angeles’ Mondrian Hotel for an afternoon pool-side gathering and an enjoyable night at the Skybar. To wrap things up, on June 6, 2009, they hit the highways to Las Vegas where they ended the “rush” at the Wynn Hotel later followed by an all exclusive award dinner at an undisclosed location. The night was capped-off at the world-renowned Tryst nightclub Las Vegas for a serious party. 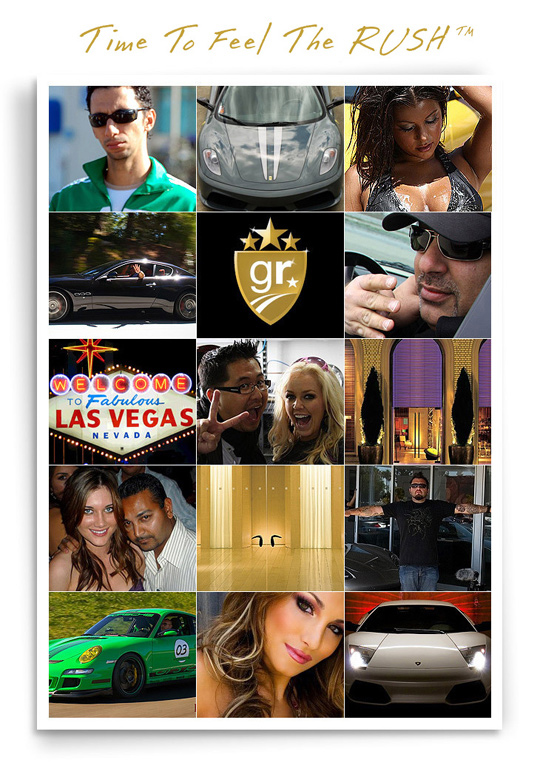