If you are at all a fan or someone who was once entertained by the Fast and Furious franchise of movies, you probably know about that infamous 10-second car, the Toyota Supra in part 1. Without giving away the ending of Furious 7, which is set to release at a theater near you on April 3rd and make a ton of money, Paul Walker and Vin Diesel are paired up for a ride… “one last ride” as the movie trailers depict it and there happens to be Paul Walker in a Toyota Supra pulling up next to Vin’s Custom Charger. The return of the Supra… this one we can’t wait to see. Check out the clip below.

Update: Our friends at SupraForums confirmed that the Supra used in the movie was actually Paul Walkers 1995 Toyota Supra Turbo Targa Top (rumor has it that Paul owned two white Supras and this one in the movie may have been his 1998 Supra). Pretty amazing. Images of the actual supra… 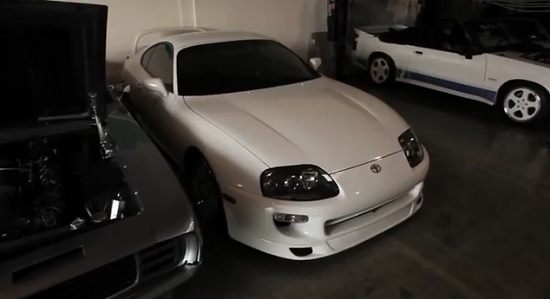 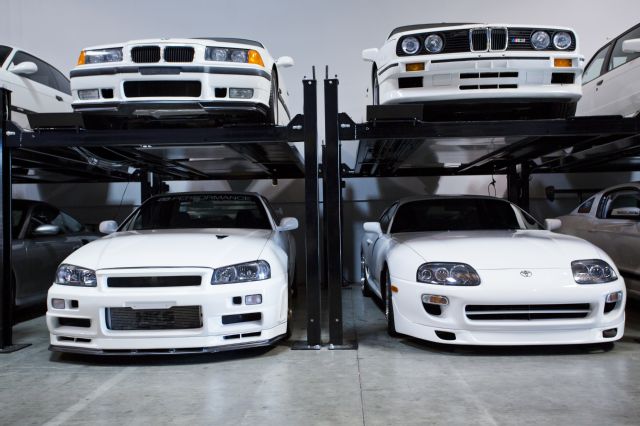 Second Update: Many sources have confirmed the Supra was Paul’s 1998 Turbo in the end of the movie. The official music video for Furious 7 – “See You Again” – Wiz Khalifa (ft. Charlie Puth) is now available giving a slight spoiler for the ending of the movie. Enjoy!

Paul Walker in an interview (PASMag) answering the question, “what is your favorite car from the Fast and Furious movies?”

Paul: I really like the 2JZ in the Supra. I love that motor, it’s a lot of fun. The Supras are a f*ckin’ kick in the pants. I finally got one recently — I got a ’95, a white one with really low miles — it’s got under 30,000 miles on it. It’s all stock! I’m so tempted to build that thing up because that one was really fun. Remember how ridiculous they looked with those wide body kits on the Supras? They looked mean! That car is really, really — that’s a fun car. The RB26 in the R34 is a really fun motor, although super temperamental; not nearly as reliable as the 2JZ. But an RB26, whether it’s a R32, R33 or R34 Skyline is a really fun car. I’m not a big fan of the 35, the drive itself — it’s just, I don’t know — I think it’s relatively uninspired. You just don’t have enough exhilaration, there’s not enough driver input anymore. I’m like the old school guy, I like the art of driving. And there’s no denying the way things are going, you know, with this Formula One type — whether it’s DCT or the Porsche one, the new PDK is really good — but I like the manual transmission. I just like it. And I’m disappointed to see — I know for sure that it’s going away — it’s going to be a thing of the past.