WHY DIDN’T BOND GET THIS ASTON ONE-77

HMMM double 7’s 007 I wonder if they planned that or was it a coincidence? 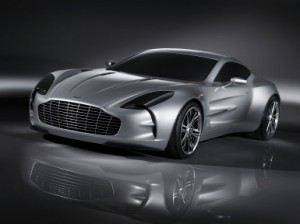 Watch in the latest video starring the Aston Martin One-77 below, you will see three of the participants in its sculpting as it were, and express some of its finer points. The One-77 will be so powerful it will be able to accelerate from any gear and its pedals can be fine-tuned to suit the individual owner, so they each get the exclusive feel for their car. The one exclusive thing is that exterior panels are hand-made, something Aston can afford to do since only 77 of these rare cars will be produced. 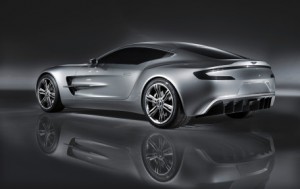 The very best materials are used for building this car, some have probably never been used on any other car ever. As states in the clip “The amount of noise that will come through the exhaust…will sound like nothing that you’ve ever imagined before” is but one of many strong statements made on this clip. 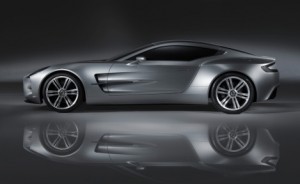 I see the US going the way of the Britt’s the leader of the world that can’t make anything right. The Austin Martin is one of my favorite cars. The type that you can’t buy a used one you know what I mean, the type of thing in your life that when you get one it has to be new. I hope the 77 lucky people who get one enjoy a new One-77 get what they will be paying for. In the clip they make a lot of claims of excellence and i hope they meet them and the Aston One-77 promises to deliver on all of them. 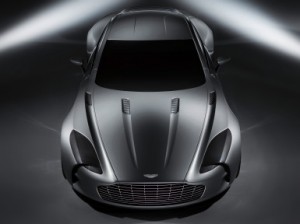 The One-77 will produce 700bhp from a 7-litre V12 engine and the supercar will top 200 mph. This car should arrive in the fourth quarter of 2009, though the company has said the Project One-77 title is still a temporary moniker a permanent one is still in the works. 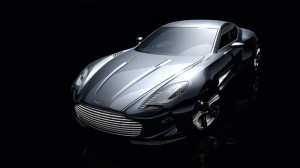 Just 77 will be made, and if you’re lucky enough to get on the list, it will cost you. The sticker is reportedly more than $1.6 million for that price if anything doesn’t work I would kick someone’s but especially those in the video clip.