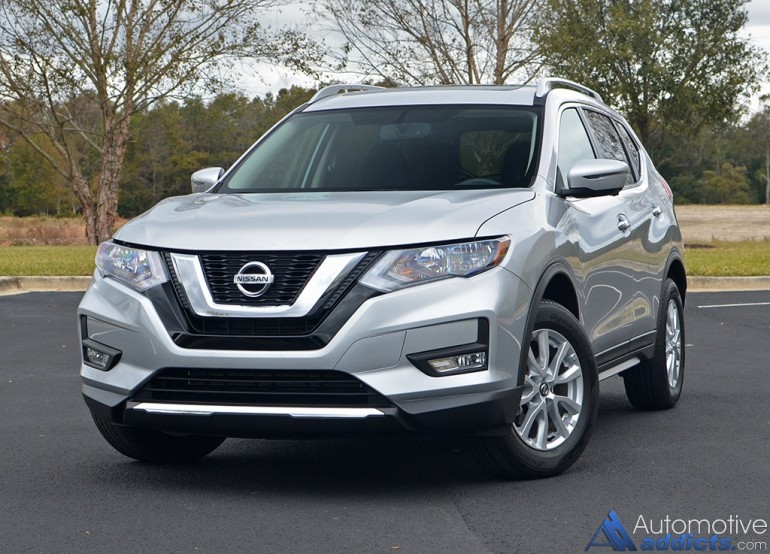 When it comes to versatile and economical transportation, Nissan’s Rogue has been at the forefront to keep the masses appeased in today’s world where crossover utility vehicles have edged out their sedan counterparts. Receiving a slight refresh for the 2017 model year, the Nissan Rogue zips along to keep on pace for its notable comfort, spaciousness, and practicality within the compact crossover segment. 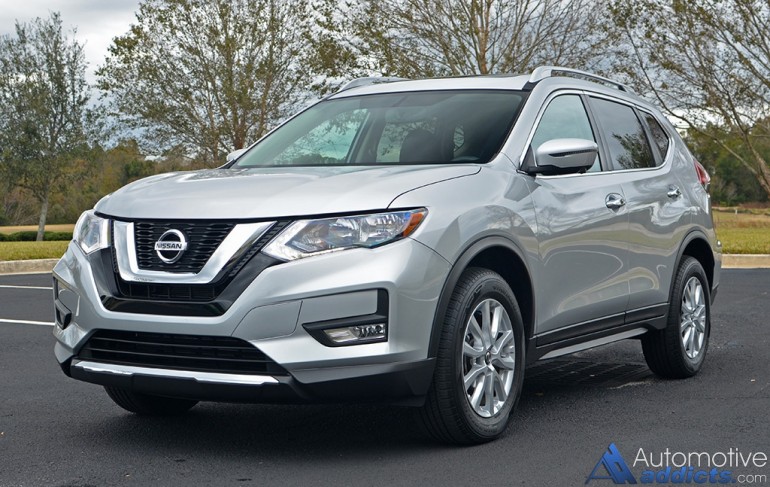 The 2017 Nissan Rogue gets a slight tweaking in the area of added sound insulation and a nudge in the styling department with an attractive front fascia that houses the new signature of the brand with bright LED daytime running lights. Additionally, new for 2017, the Rogue is now offered in a Hybrid version to further improve upon its 26 mpg city and 33 mpg highway fuel economy numbers for the base trimmed gas-powered crossover. 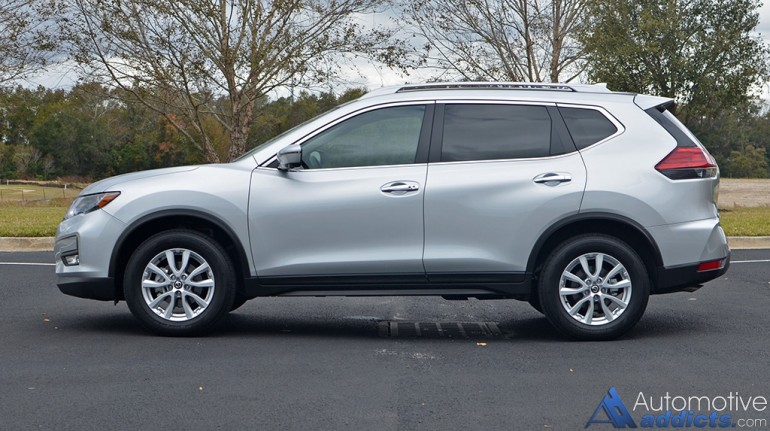 Offering a total of three main trim levels (S, SV, and SL), the Nissan Rogue now gets the option to add a few desirable amenities and active safety features, such as adaptive cruise control with forward collision mitigation, remote start, hands-free power liftgate, a heated steering wheel, and a premium interior option found in the Platinum Reserve interior package. The option of a third-row of seats on the S or SL trim is also a nice touch to offer seating for seven in the realm of a compact crossover. Kudos to Nissan for offering such. 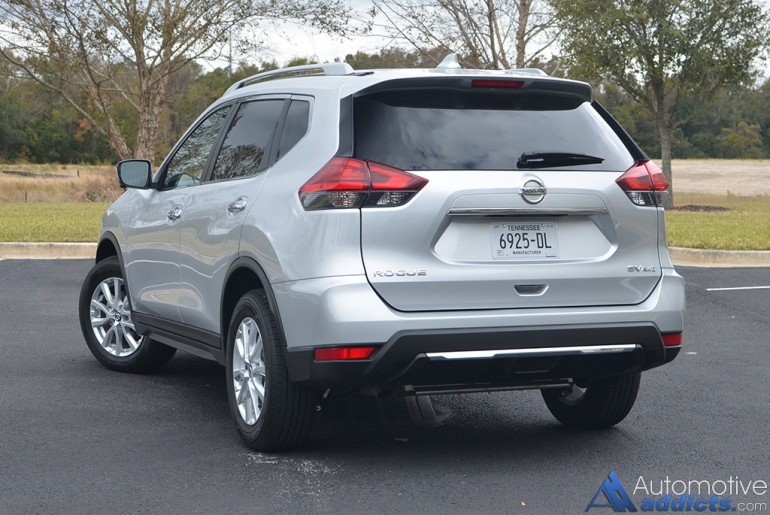 Continuing into the 2017 model year is the Nissan Rogue’s 170 horsepower and 175 lb-ft of torque 2.5-liter 4-cylinder engine mated to a Continuous Variable Transmission (CVT). In the area of performance, the Nissan Rogue still falls a bit short of its competition by taking about 9.3 seconds to reach 60 mph. However, the overall stability of the Nissan Rogue continues to be on the lively side despite its lackluster acceleration. The ride comfort also makes up for the poor power delivery. The Rogue’s 4-cylinder engine is eager to rev, but the CVT quickly saps some of the enthusiasm with its rubber band effect and slow response to throttle inputs to get to the proper ratio. The simulation of gear shifts at mid to full throttle attempt to make up for falling out of the 4-cylinder engine’s powerband but doesn’t seem to do much, just like the mystifying Sport or Eco drive mode selections. 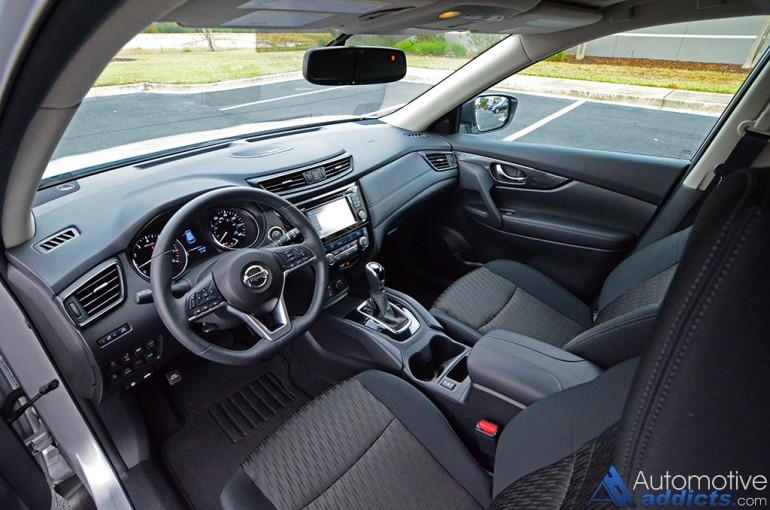 Fuel economy is mostly consistent where I was able to get the EPA estimated highway mileage of 32 mpg in my Rogue SV AWD test vehicle. Around town, I would see a steady 24.5 mpg, which is nearly on target for the stated estimated city mileage at 25 mpg. At times, the Rogue would require judicious right-foot action to keep pace with traffic and when merging into flowing traffic on the highway, which, would bring my average mileage down to around 21 mpg.

Apart from the Nissan Rogue’s shortcoming in performance, it offers a versatile package that is agreeable on long drives. The seat comfort of the Rogue is satisfying, as is the respectable amount of cargo capacity by folding the rear seats down and opening the hands-free power rear liftgate. 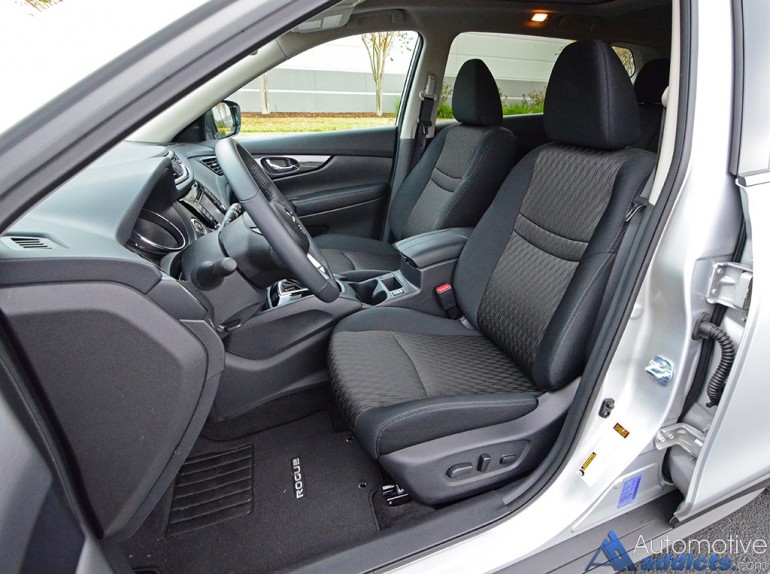 The cabin of the 2017 Nissan Rogue is well thought out but only has soft-touch surfaces above the beltline of the interior. Most of the dashboard and interior consists of hard plastics. There is even a large hard plastic dashboard piece on the passenger side with faux stitching imprints, which, in my opinion, is a poor attempt to dress up the interior. Apart from such, the cabin isn’t overly cheap looking. Visibility remains to be a slight issue where the front A-pillars are rather thick, and rearward visibility seemed to be hindered through the rear window and C pillars. Another disappointment for the selection of options remains to be the fact that you can only get LED headlights, lane departure warning, forward emergency braking, and adaptive cruise control features on the top-trimmed SL model. 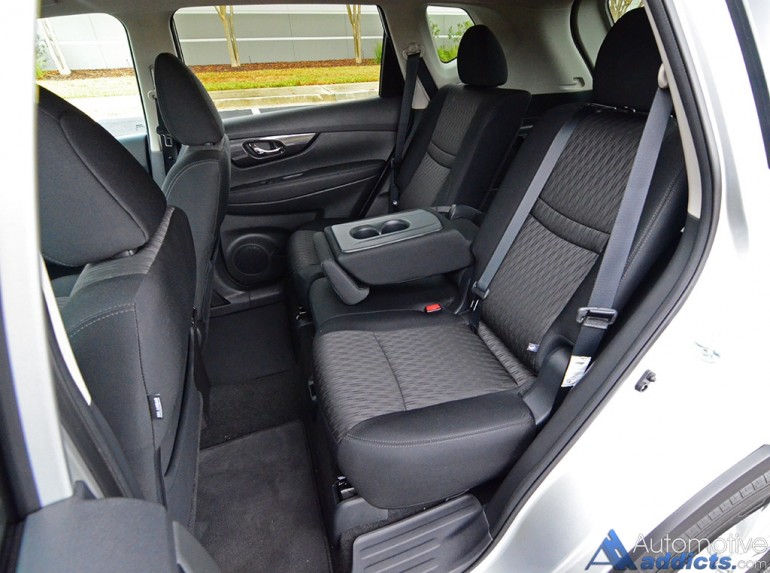 The 7-inch touchscreen infotainment unit on my Rogue SV AWD test vehicle included a GPS navigation system and rather simplistic controls and feature sets. Though, I had a few instances of the system stumbling for destination address entries. 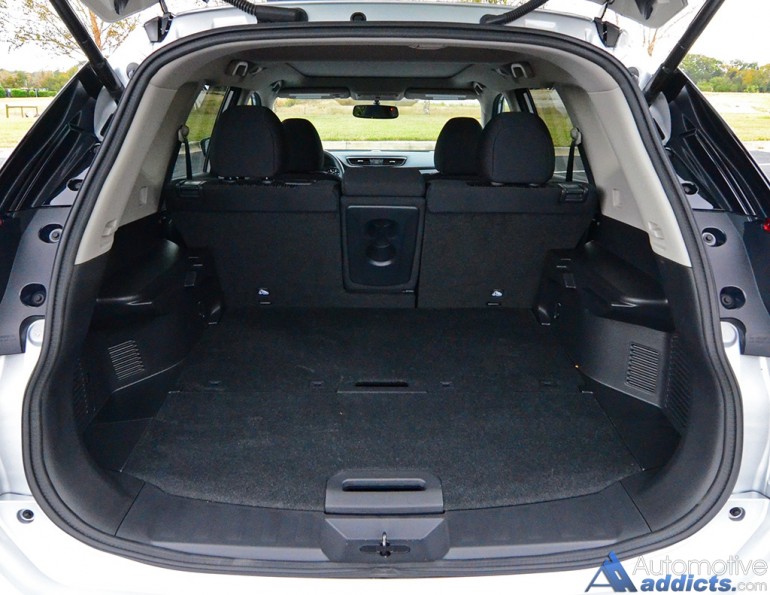 While the Nissan Rogue remains to be a go-to for many growing families seeking a versatile transportation appliance, it earns its merit for its value where the base S model starts at just $23,820. My nicely equipped Rogue SV AWD test vehicle comes to an as-tested price of about $30,630, including a $940 destination and handling charge. 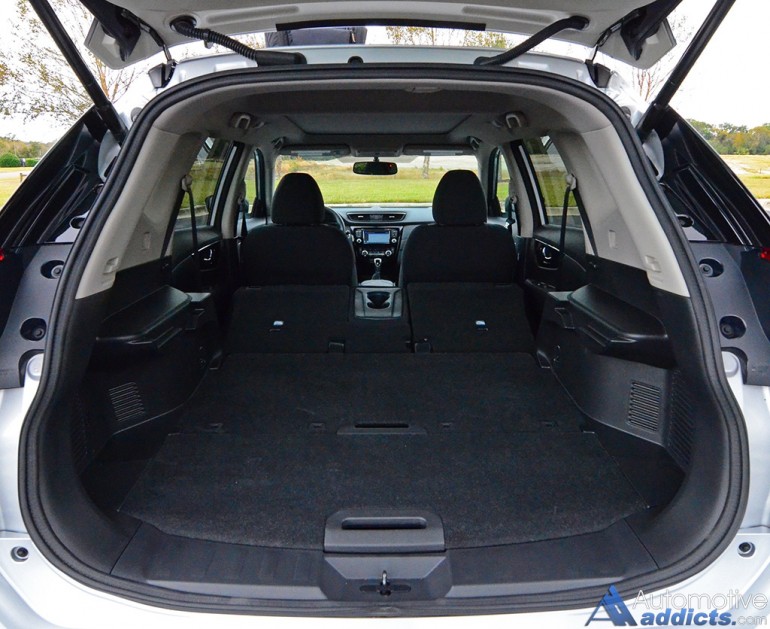 Nissan has been bold in their approach with the Rogue as of late. A prime example is their impeccably timed marketing with the 2017 Nissan Rogue: Rogue One Star Wars Limited Edition. Such a campaign is due to make an impact, in particular for those who could care less about zero to sixty times. I totally get it; crossovers like the Rogue are the in-thing for growing American suburbs. After all, some of our young culture has gone Rogue, literally!