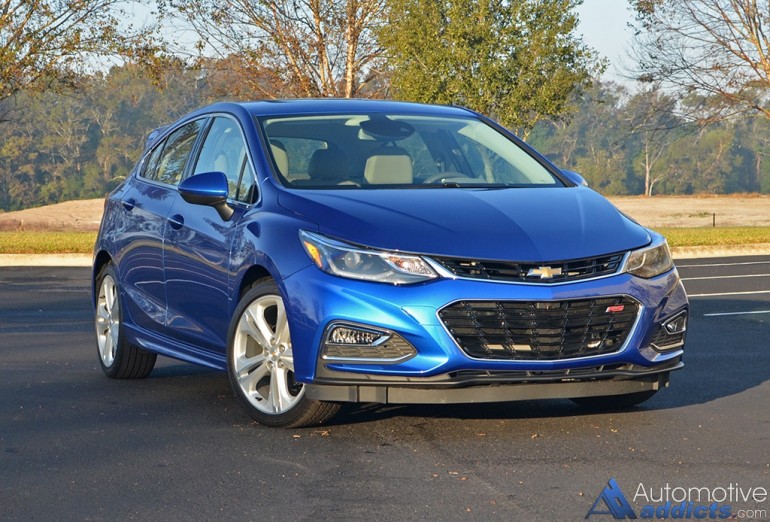 In an attempt to offer something extra in the compact segment, Chevrolet brings us the all-new 2017 Cruze Hatchback. In doing so, the Chevrolet Cruze has added versatility and at the same time brings forth a unique style in a hatchback with several technological goodies and an economical drivetrain to complete the package. 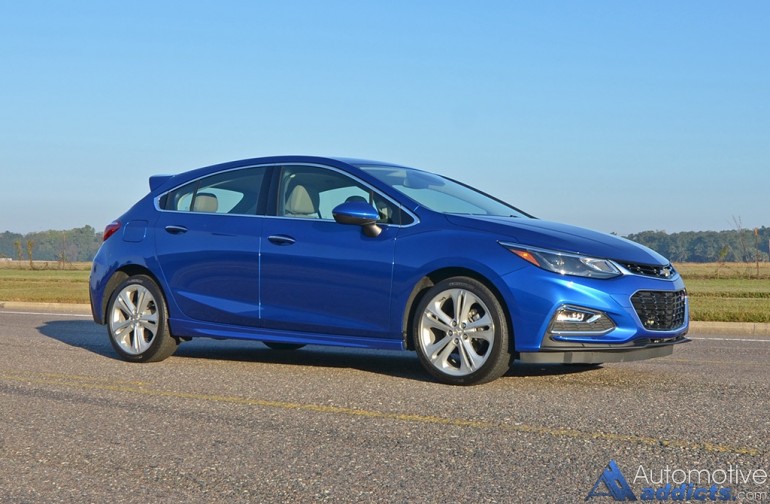 Chevrolet’s endeavor to give the automotive market something different rides off the heels of innovative designs that you find in the new Cruze Hatchback. With that, you get added cargo space, over 47 cubic feet when the rear seats are folded. In having the added cargo space and versatility, the Chevrolet Cruze attempts to win those over who may have otherwise ponied up the extra cash for a compact crossover utility vehicle. While the current automotive market has a lot to say about a slow demise of sedans, there is still lots of life left within the sedan segment and has been extended a lifeline by way of hatchback vehicles, something often overlooked by the current day American culture. Though, one would argue that hatchbacks and the wagon-styled vehicle form are making a comeback instead of only finding place with automotive enthusiasts and journalists alike.

>> Get the best price on the Chevrolet Cruze from a network of local dealers now. << 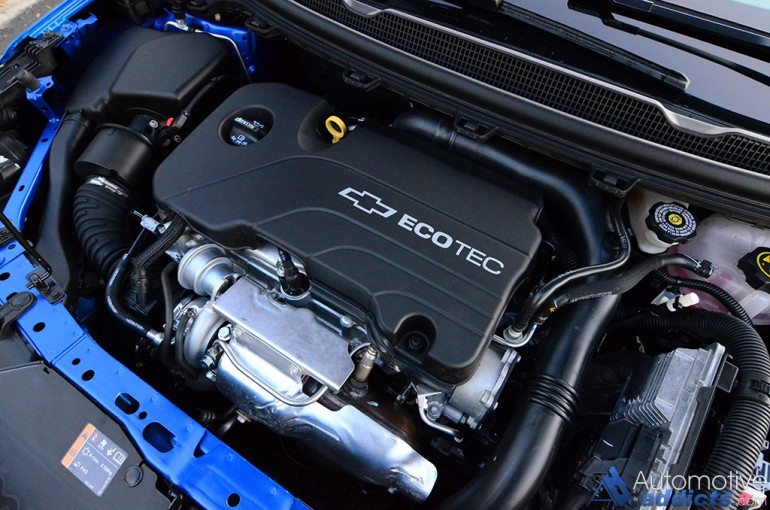 The all-new 2017 Chevrolet Cruze Hatchback builds upon the newly redesigned Cruze sedan adding what is technically described as a 5th door, or hatch as you will. Escaping any forthcoming challenges in the design of a hatchback, the new Cruze Hatch isn’t much heavier than its sedan sibling. Moreover, the Cruze Hatchback retains the powertrain choice for the newly redesigned 2017 Cruze Sedan, a 1.4-liter turbocharged 4-cylinder engine good for 153 horsepower at 5,600 rpm and 177 lb-ft of torque peaking between 2,000 and 4,000 rpm. The engine, combined with its proven 6-speed automatic transmission, are a respectable pair to muster enough front-wheel-drive grunt to get the Cruze Hatchback up to 60 mph in about 7.9 seconds in our test. While on paper the figure isn’t anything close to a sports car, the agility of the Cruze Hatchback is just enough to keep things safe on the road and assure the driver with the confidence of having enough power on tap to overtake vehicles on the highway. 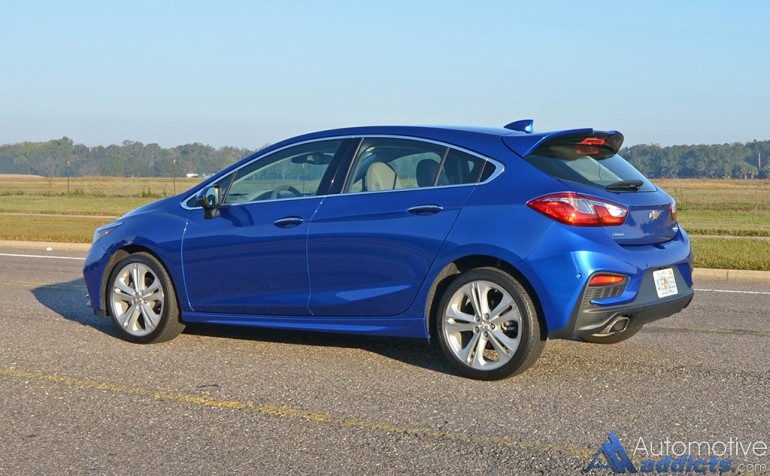 The 1.4-liter turbocharged engine, now the only choice for any Cruze sedan or hatchback, can be paired with a 6-speed manual transmission in addition to the automatic (Premier trim only gets automatic transmission). Opting for the manual, I suspect you could muster out a bit more performance. Though, the smallish turbocharged 4-cylinder engine has a good power curve but somewhat of an inconsistency of power delivery. Fundamentally, power delivery can be a bit off through the lower RPM range but has a nice initial spin out of the hole without any overbearing turbo lag. In a way, the power from the engine is deceptive due to Chevrolet doing their homework to suppress the buzzing sound of the turbo 4-cylinder. The engine’s sound is kept to a minimum as is road noise. The road feel is also decent with a nice weight to the steering. However, even though the Cruze Hatchback offers something extra in the area of practicality, the driving spirit remains unsporty like its sedan stablemate. Though, the level playing field of its driving dynamics keeps it from being as boring as something like a Prius. So there’s that. 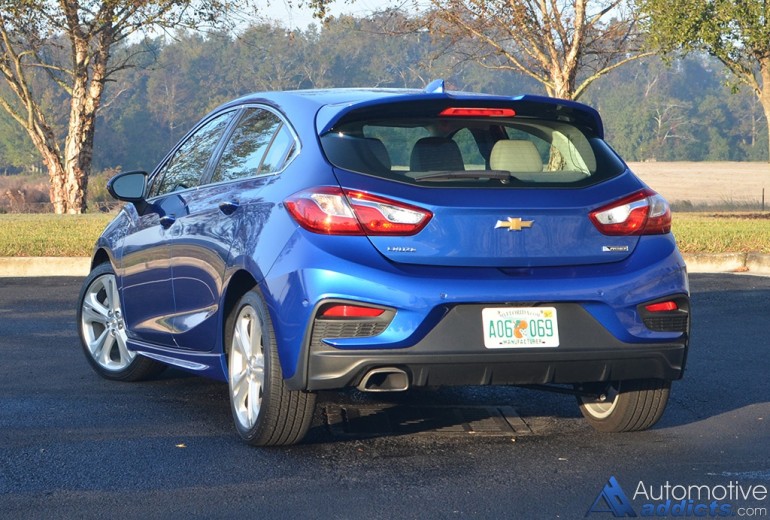 I would beg to argue that the Cruze Hatchback is the best looking Cruze variant thus far into the game since Chevrolet introduced the compact sedan about six years ago. The new style, mimicking the sedan’s front end but getting a sweeping uniqueness towards the rear, is fresh and exudes a taste of being a premium offering within the compact segment. The larger and optional 18-inch wheels of my top-trimmed Cruze Hatchback Premier test vehicle do the styling justice as does the vibrant Kinetic Blue Metallic exterior paint. Where things go astray when it comes to color choices is the pasty gray interior theme of my test vehicle. While there are a limited amount of soft-touch surfaces in just the right places, the monotone gray color or the interior comes off as cheap and more rental-car-like than something deserving of the “premier” trim signification. Though, Chevrolet brought a few good traits to the interior with easy to reach controls that are easy to decipher, in addition to the latest Chevrolet MyLink infotainment system featuring a GPS navigation system, Apple CarPlay, and a bevy of telematics features with 4G LTE WiFi connectivity. 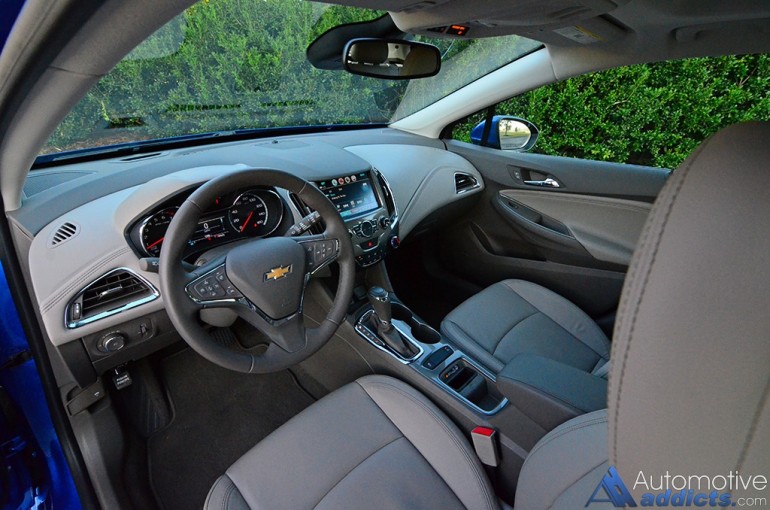 The interior layout and space is accommodating for most size adults. The front seats have plenty of travel fore and aft with a high adjustability for the manual tilt-telescoping heated steering wheel on my loaded-up test vehicle. The wireless phone charging portal is a nice touch to either store your cell phone or keep one’s properly equipped with compatible wireless charging charged. The added versatility of the Cruze Hatchback is where such a vehicle shines opening up the rear hatch to store or haul large items. 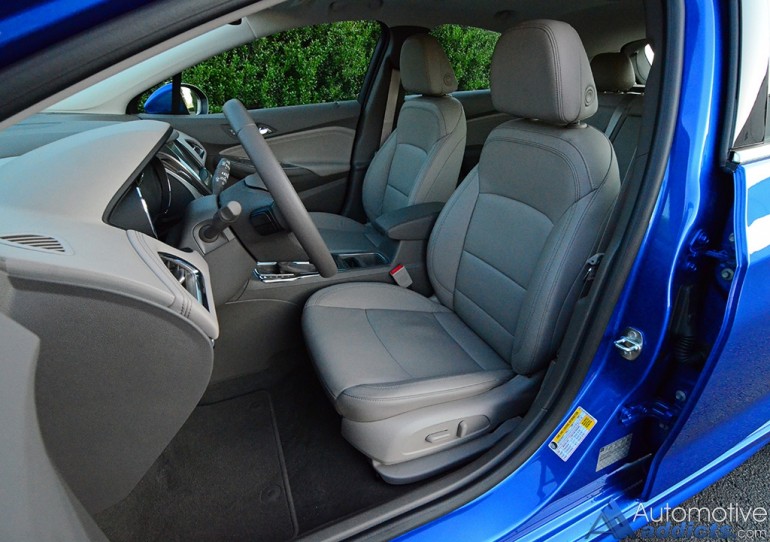 One of the major disappointments of the Cruze Hatchback was its fuel mileage. I could never beat or even match its EPA-estimates of 28 mpg city or 37 mpg highway. I came away with 34.6 mpg on the highway as my best figure and 27.1 mpg around town. While some of my reasoning for its real world consumption numbers being lower than the EPA-estimates may point to my test vehicle still being carton fresh with just over 1,000 miles on the clock, or the inconsistencies of power delivery from the turbocharged 4-cylinder engine. Either way, fuel consumption was somewhat of a disappointment considering the compact size and small displacement of the turbocharged engine. 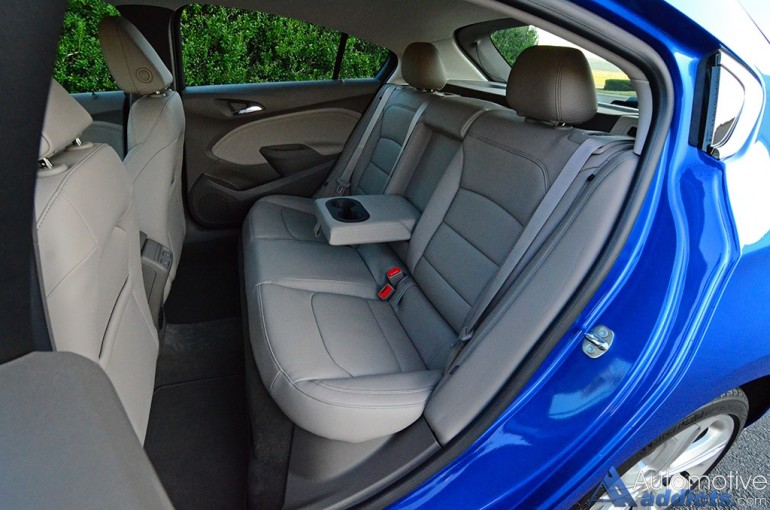 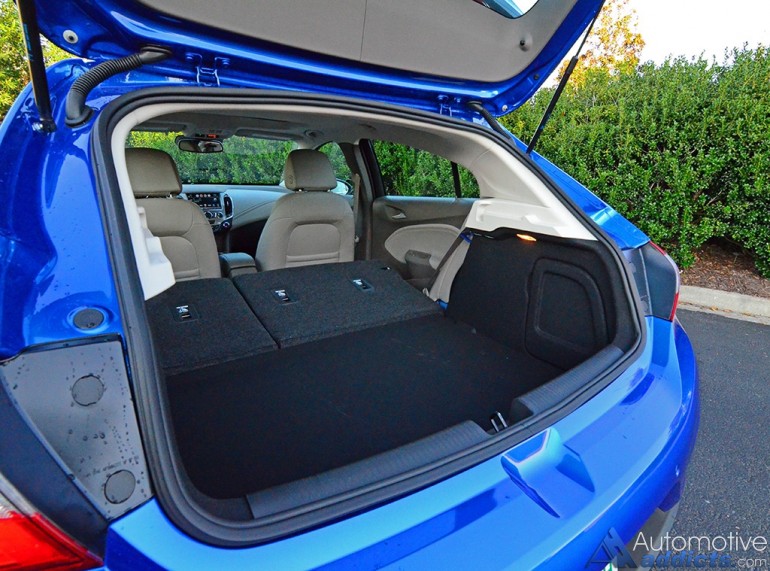 While there are several new Hatchback offerings to compete with the new Cruze Hatchback, it proves to be one of the more stylish with an edge in its premium interior.

>> Get the best price on the Chevrolet Cruze from a network of local dealers now. <<