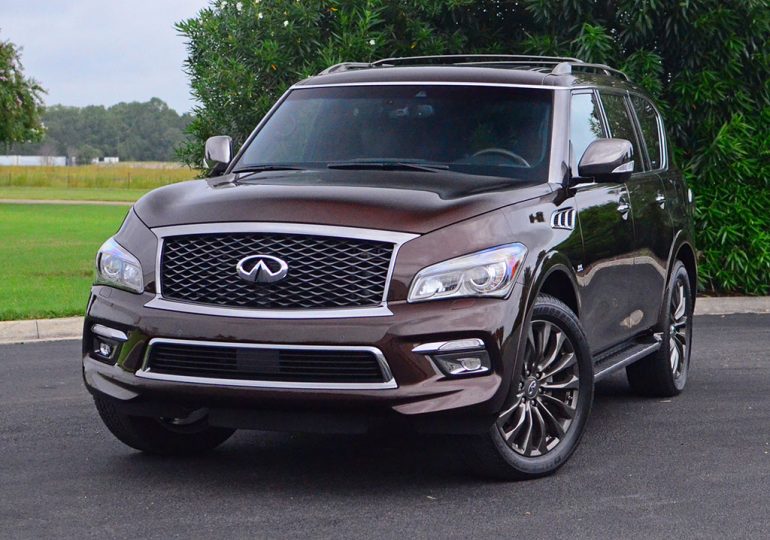 Infiniti’s mammoth-proportioned SUV has thrived to garner new life with the improving American economy and relatively low gas prices. Welcoming nearly record sales, large body-on-frame SUVs are literally gaining new momentum and manufacturers like Infiniti have taken note to keep such vehicles inviting in many areas as is the latest QX80 in its top-level loaded-up Limited trim.

I had the chance to experience the 2017 Infiniti QX80 and the many visits to the gas station that it requires. Despite a few visits to the pump to fill its 26 gallon tank full of premium fuel due to the dismal 13 mpg city and 19 mpg highway EPA figures, the QX80 exhibited well-behaved road manners, ones that took me my surprise in most of my highway and local road excursions. The adaptability of the new QX80 is remarkable as such a large vehicle tipping the scale to the brink of nearly 6,000 pounds at 5,888 pounds for my all-wheel-drive Limited test vehicle. Toting around such weight isn’t an easy task, but somehow Infiniti pulls off something remarkable in the way that the QX80 feels and proves to allow an ease of maneuvering such a large vehicle. 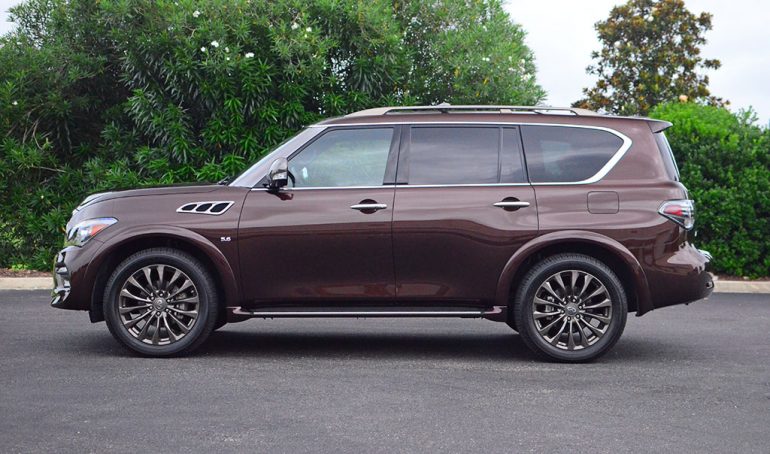 The suspension system, through the use of a Hydraulic Body Motion Control system, keeps the QX80 composed and nicely planted on the road. I would even go as far as to admit that the QX80 is among one of the best riding SUVs of its mass that instills an unsurpassed level of confidence in the driver. Never did I feel the QX80 allowing its nearly 3 tons of body weight getting out of control or balance to the point that stability control was required to step in to keep the insurance adjuster out of the situation. Moreover, the ride quality wasn’t compromised by the firm but composed feel with a restraint on body roll and dive. The all-wheel-drive system works in conjunction to keep the massive 22-inch rollers wrapped in all-season rubber planted. 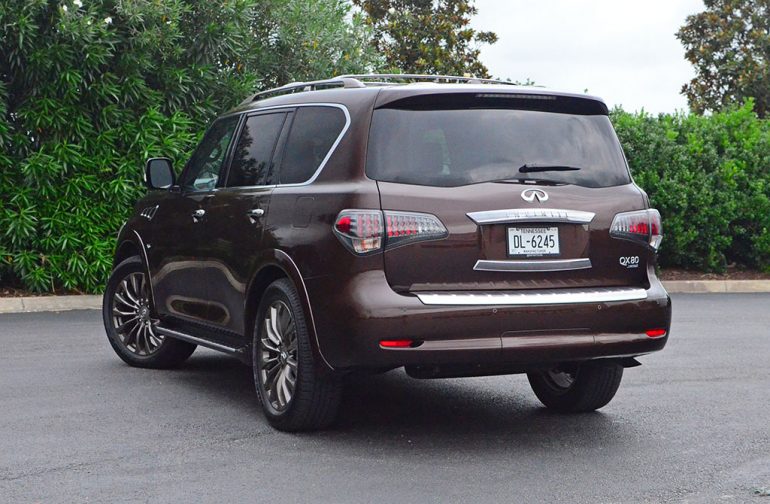 As far as power goes, the 5.6-liter V8 engine in the QX80, a more than proven powerplant for the brand, is up to the challenge get the mammoth-sized SUV to 60 mph in just 6.4 seconds. All of the 400 horsepower and 413 lb-ft of torque are there at your demand surging through all four wheels by way of a proven 7-speed automatic transmission. Shifts take place smoothly and land in the proper cog on most occasions. 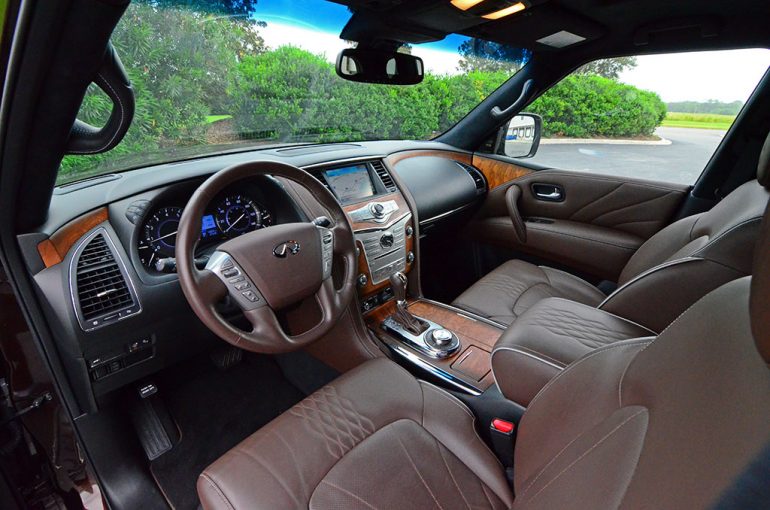 Don’t expect to take the somewhat plush QX80 into rough off-roading situations as the 22-inch wheels and tires place limitations on your endeavors. Though, the hydraulic stabilizer bar serves multiple duties to allow wheel articulation when it’s needed – if you are brave enough to push the limitations of the QX80. 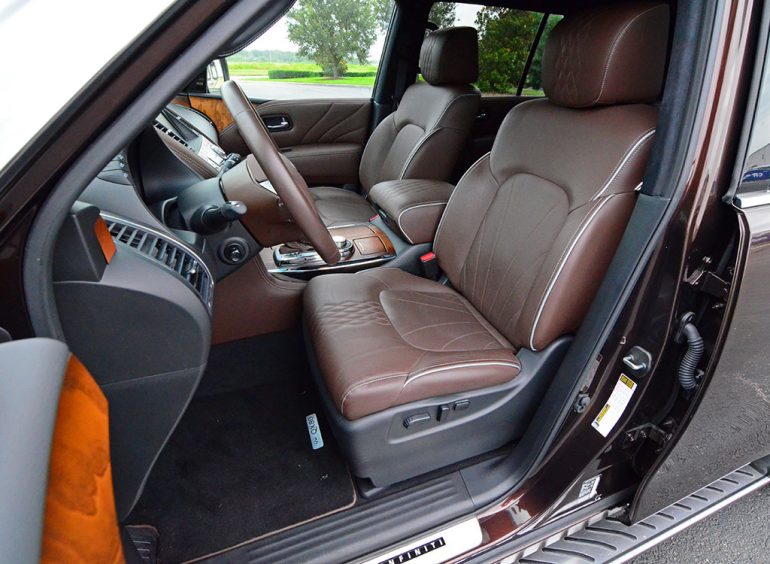 The vast cabin of the Infiniti QX80 offers up more than enough room for a large family. The seats are ultra-comfortable, and road noise is kept to a minimum when cruising at highway speeds. The high floors and up-right seating are somewhat of an acquired taste for some but my bet is that the near-stadium-like seating is welcomed as you get a look-down visual angle at approaching traffic. The quality of interior materials are a step above most in opting for the top-level Limited Edition trim, which includes every conceivable option in the QX80 line. The dashboard is even outlined with accented stitching and additional layers of soft-touch surfaces. 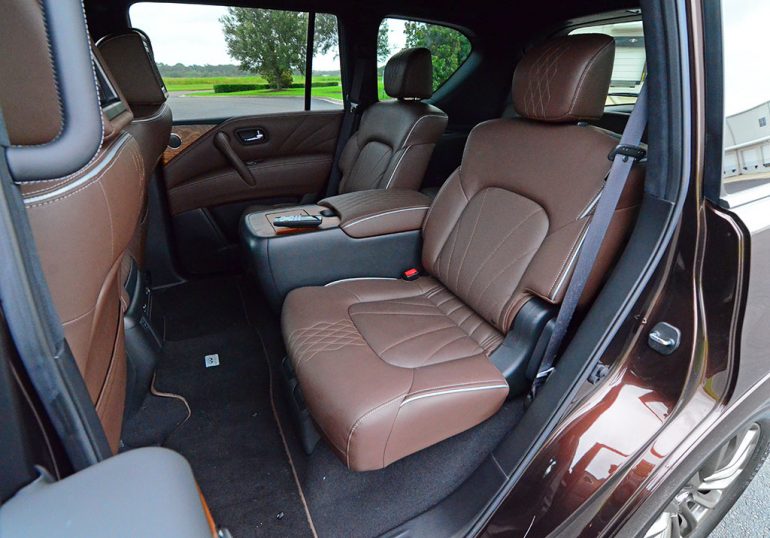 Some of the disappointments of the QX80’s interior remains to be somewhat of an antiquated driver’s instrument cluster that utilizes a monochrome LCD display. Moreover, while the infotainment unit fed through an 8-inch touch screen and a nice mix of physical buttons for redundancy proves to be useful, it too could use some refreshing to update its graphics and overall interface to match those of the competition with a higher resolution. 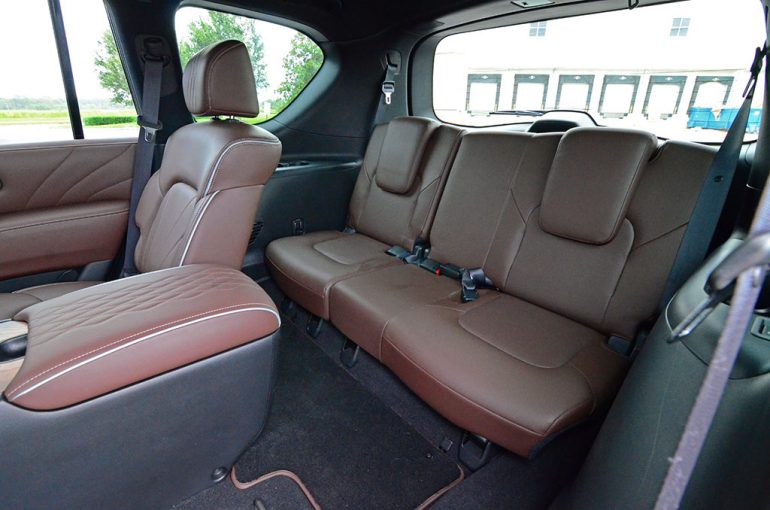 Having seen the QX80 evolve from what it used to be wearing the QX56 nameplate, it’s nice to see that it remains to be a highly sought after large SUV that continues to earn its merit with a high level of versatility, luxury, and performance without its sheer size getting in the way. With that, it is apparent that Infiniti feels that the QX80 lavished in its luxury appointments is deserving of a higher price point with my loaded up QX80 AWD Limited test vehicle coming in at $90,445, which includes a $995 destination charge. Now, you must ask yours if you would pay to play in what I call the Japanese edition of the Cadillac Escalade? It sure fits the part! 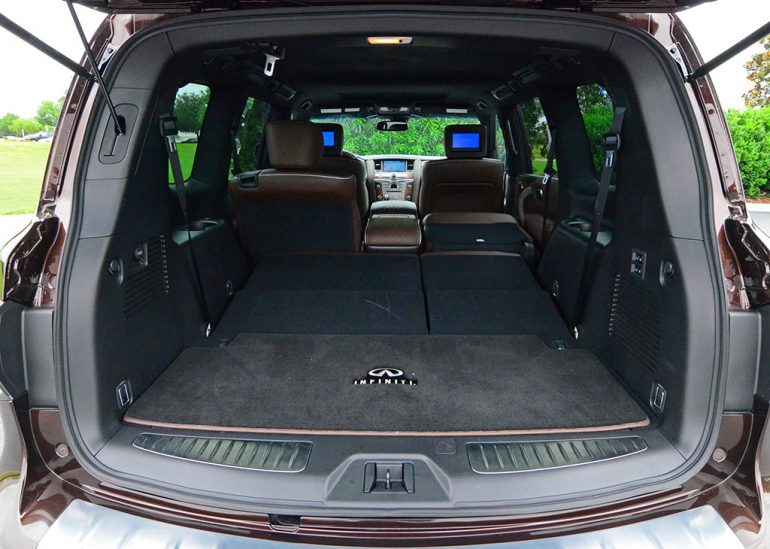