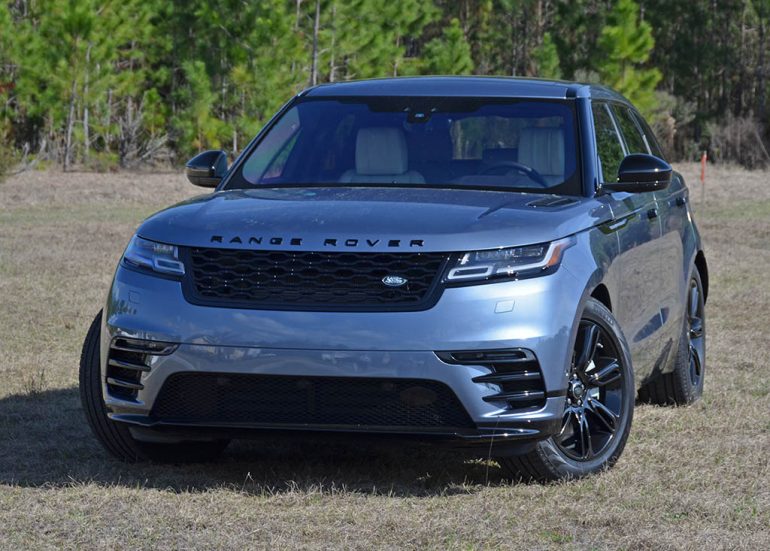 Positioned between the Range Rover Sport and the Evoque, the all-new Range Rover Velar is a welcomed addition to the SUV lineup of Land Rover vehicles. The new Velar fills a void that not many knew existed until you fully understand how America’s newfound culture is craving SUVs and crossover vehicles at an unprecedented level. With the introduction of the new Velar, Land Rover expands upon the Range Rover palette to serve up an enticing package that combines the desirable characteristics in a luxury SUV from the go-anywhere capabilities to the plush leather encapsulated interior wrapped up in a somewhat-compact yet usable package.

>> Get the best price on the Range Rover Velar from a network of local dealers now. << 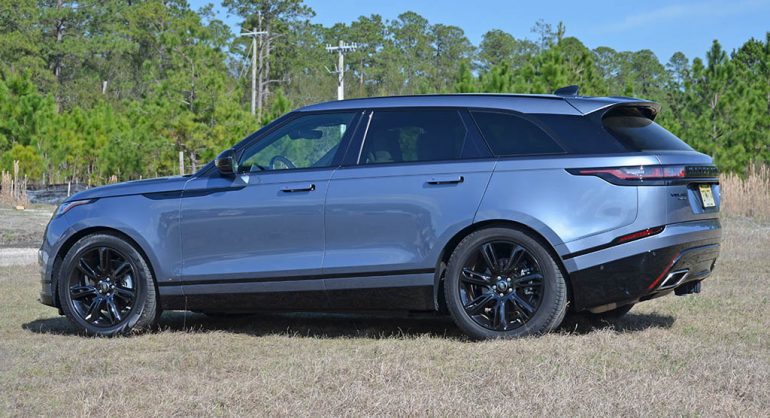 During my week-long escapade in the new Range Rover Velar, I could not help but be reminded of the segment that the Jaguar F-Pace helped set on fire with excellent driving traits, which also translate to make the Velar an enjoyable experience on the open road. To boot, it doesn’t hurt to have the Jaguar and Land Rover brand’s proven 3.0-liter Supercharged V6 that musters out a healthy dose of 380 horsepower and 332 lb-ft of torque to all four wheels. Power is sent through an 8-speed automatic transmission. The planted stature of the new Velar riding on beefy 20-inch tires in my high-level-trimmed R-Dynamic HSE test vehicle is welcomed to add to its overall appeal to those who want a crossover utility vehicle that doesn’t drive anything like a truck. 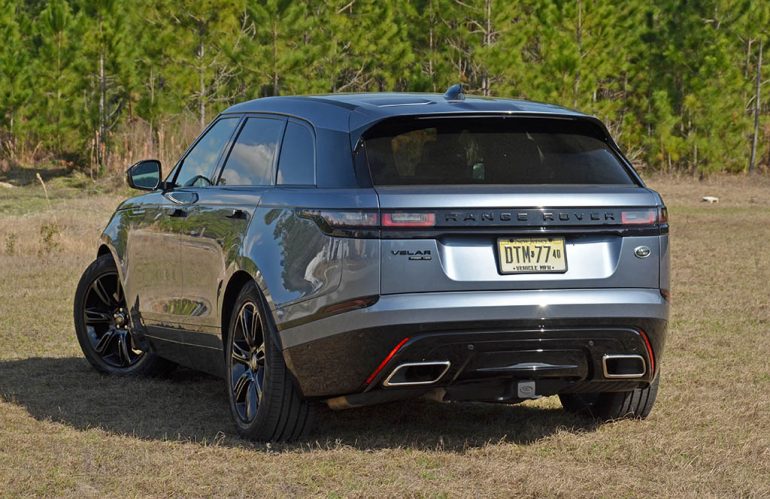 Fuel economy for the “smaller” size of the Range Rover Velar is rather unfortunate getting only 18 mpg city and 24 mpg highway. Though, with 380 horsepower on tap and toting around all of the proven Land Rover off-roading equipment under the stylish 4,407-pound aluminum body, the lower EPA fuel consumption figures start to make sense. During my time with the Velar, I could only best a 22.4 mpg figure on the highway. 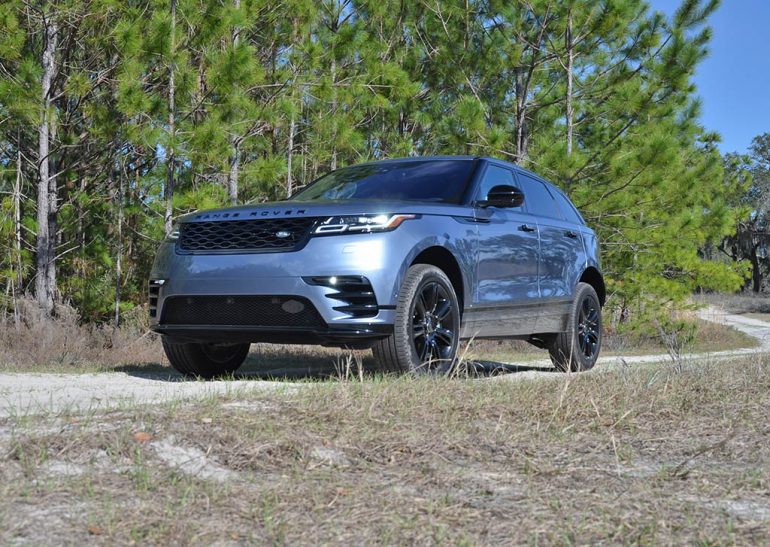 The performance of the new Velar R-Dynamic HSE P380 is respectable, never feeling inadequate for the tasks at hand around town or on the highway. The air suspension system, a standard feature on the R-Dynamic HSE P380, adapts to the optional Terrain Response 2 system, which can be set to the desired terrain type or left in the Auto mode for the computer to sort out depending on wheel slippage. The air suspension combined with adaptive dampers also permit a compliant ride that tightens up to a delightful level in the Dynamic drive mode but softens up in the Auto and comfort drive modes, which are two of a total of seven Terrain Response 2 drive modes. 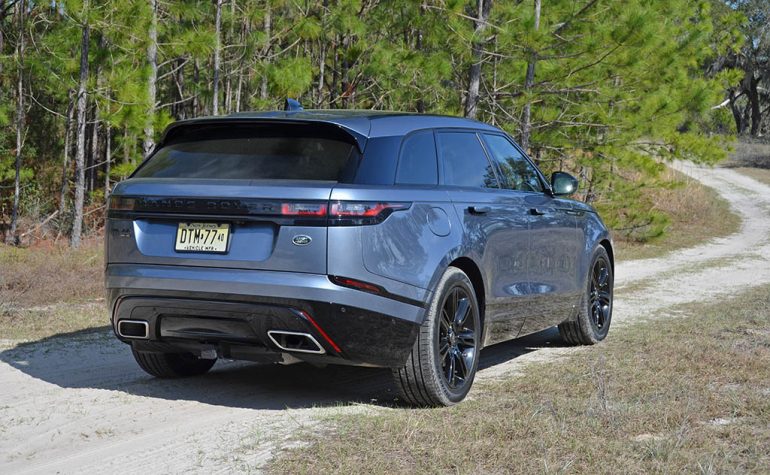 Land Rover left no stones unturned when it comes to the unique off-roading capability of the Velar. In a way, one could conclude that the Velar picks up where its distant Jaguar F-Pace relative left off adding an ability to make literal waves to wade in water up to 25.5 inches deep or conquer rough terrain that most vehicles wouldn’t dare approach. In knowing that you’re piloting such a capable vehicle puts the driver at ease allowing the advancements of tech take control and warn of emending terrain issues or water that’s nearing the limits. Much of the off-roading abilities further make the Velar something completely different from the rest and finishes its unique story with a stunning exterior design garners head turns. 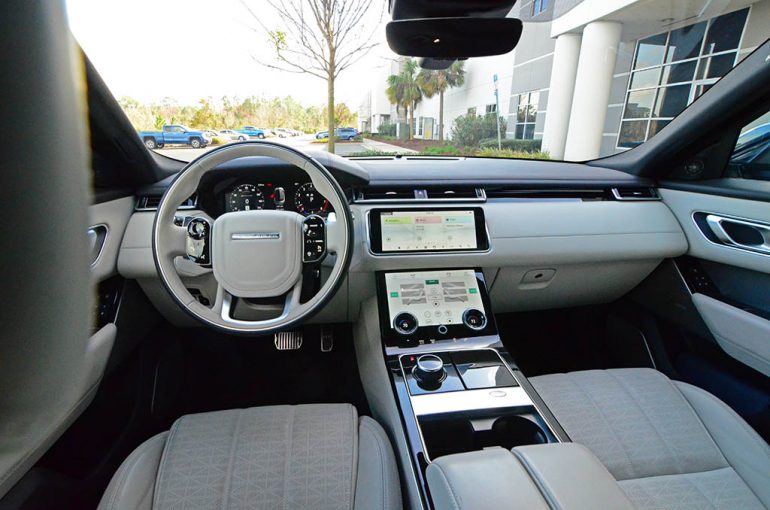 In the amazing feat of Land Rover slotting a vehicle just below its famed Range Rover Sport, technology is brought more to the forefront with a unique control interface through three rather large information screens, two of which are touchscreens. The new interactive12.3-inch gauge cluster screen combines pertinent vehicle information as well as the ability to configure the screen for use of a full-screen map, an embedded map in the center of the main gauges, or customize for offset gauge readouts. In all, the system is very straightforward but can be a bit intrusive or distracting if you so desire to configure it while you’re driving – yes, the system will let you do such. 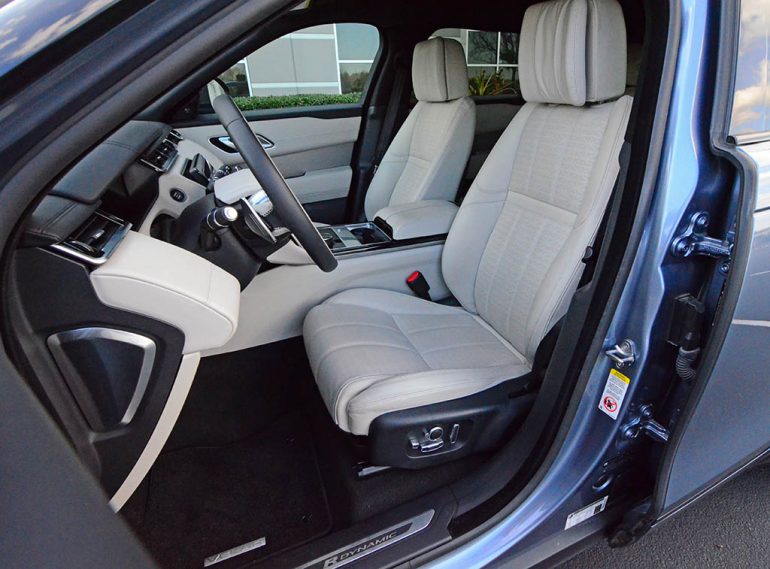 Moving to the central infotainment touchscreen, many of the main entertainment functions are combined in an updated menu set that responds quickly to inputs but can still use some polishing for its overall user-friendliness, and unexpected menu jumps using certain features. Probably the most interesting part of the interior is the lower screen, part of the touch pro duo setup that opens up customization of the two screens yet is the foundation for controlling the climate, seats, vehicle terrain response management, and select settings for the screen display. Two main turn knobs change their function dynamically based on the displayed function menu. Together, the system looks better than it operates initially. Though, I will say, after a few days of interacting with the system it slowly starts to become understandable for some of the few difficult intricacies that Land Rover tends to include in their electronics. It’s not to say it’s terrible, it just requires plenty of seat time to become familiarized with all that it has to offer. Think of it this way, most of what used to be physical buttons, knobs, or rocker switches, are now virtual buttons through the touch pro duo screen setup. Overall, the controls are ornate, and Land Rover knows it’s going to help sell the Velar. After all, it sold me on my first glance and its ability to be somewhat customized to my liking. 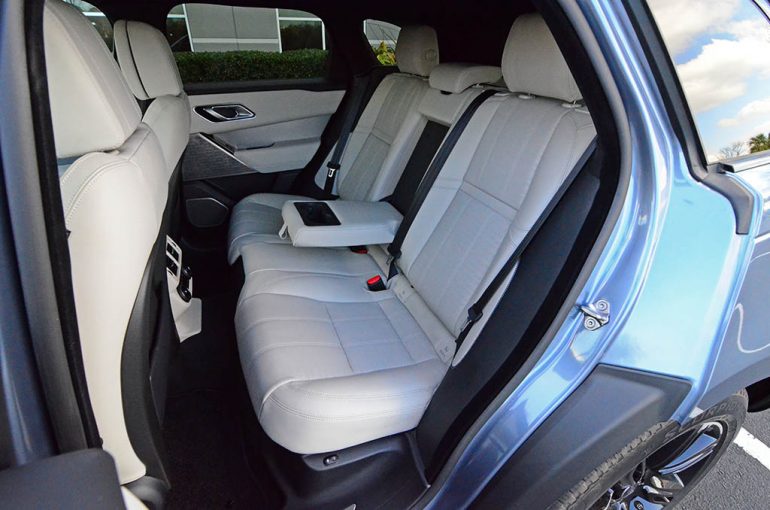 The cabin of the Range Rover Velar keeps with the classic appeal of Land Rover vehicles where there is an expected premium and luxurious feel that never gets lost due to some out of place plastic piece or misplaced control, from the trim pieces, to a plethora of soft touch and leather-wrapped surfaces throughout. The seating areas, with 20-way power adjustments, heating/ventilation, and a messaging feature up front, cleverly make use of every inch of space, which is a good thing considering the sheer size of the Velar is on the smallish side. I had no major qualms about the space proportions up front and the driver’s seat provided plenty of adjustability to find a comfortable position for my 6-foot 3-inch frame. However, the rear seats play to a different tune as they are rather short on space but leaves a decent cargo space of 34.4 cubic feet with the rear seats in place. Fold the seats down and you have up to 70.1 cubic feet to work with. 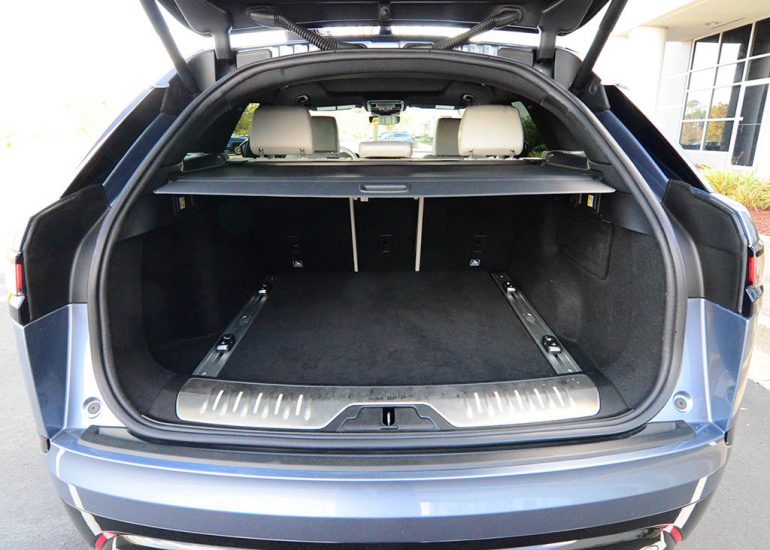 While the all-new Range Rover Velar is not as utilitarian as many of its luxury SUV rivals that are thought to fit into its unique segment, the Velar offers a vast variety of options and configurations. In that, there is a diesel option as well as the base 2.0-liter turbocharged 4-cylinder engine, which yields decent fuel economy. If anything, Land Rover has expected their model lineup on many levels with the new Velar and its six defined trim levels, which start at a price of $49,000 and go up to $89,300 for the limited Velar First Edition trim (one level above my R-Dynamic HSE P380 test vehicle). Loading on a good amount of available features on my Velar R-Dynamic HSE P380 test vehicle the price slowly creeps up to the maxed $90K figure to land at an as-tested $87,110.

>> Get the best price on the Range Rover Velar from a network of local dealers now. << 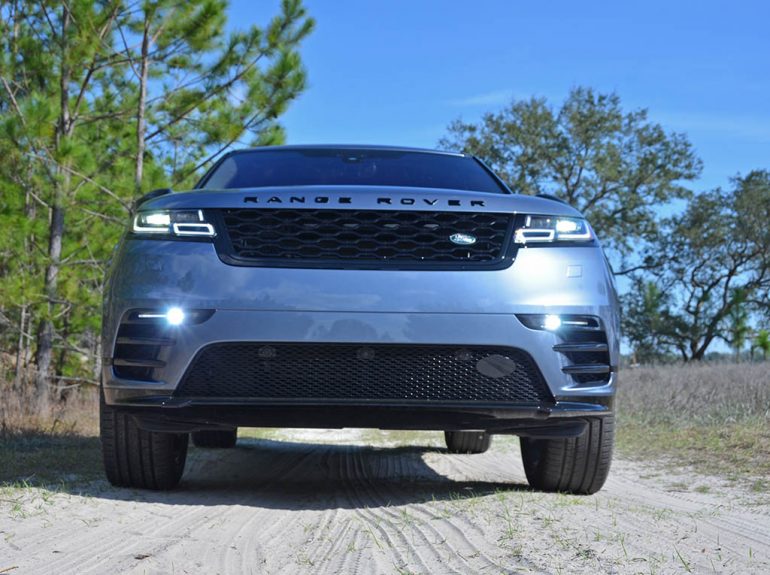