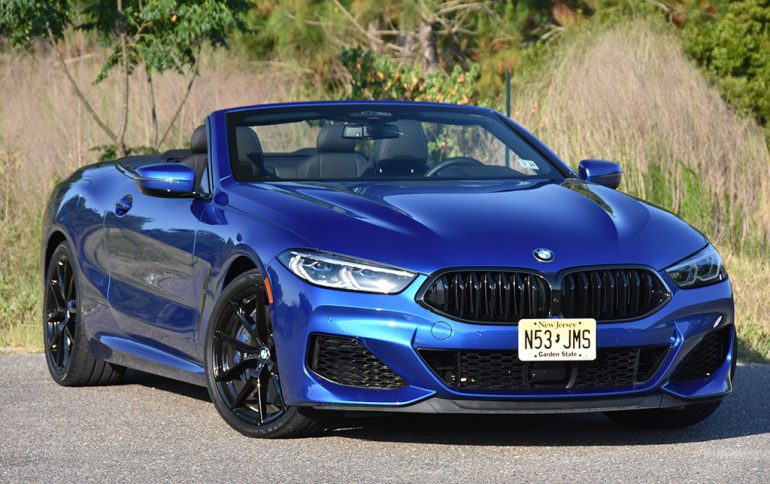 It’s been about twenty years since the last-generation BMW 8 series was produced and since then the lovely public who adorn GT cars have been developing a thirst that has now been quenched with the all-new BMW M850i.

The new BMW M850i has graced my presence in the form of a convertible where what some may see at first glance is somewhat of a redux of the BMW 6 series. Unfortunately, such a notion is inevitable considering how the 6 series held the throne for the 8 series’ long 20-year hiatus as the ultimate grand tourer driving machine. Now, the new 8 series is more of a low-slung road thrasher with the expected comfort and sport that we once adorned from the original 8 series. Fortunately, for us, the new M850i gets to benefit from today’s technological advancements and a potent twin-turbo V8 engine. 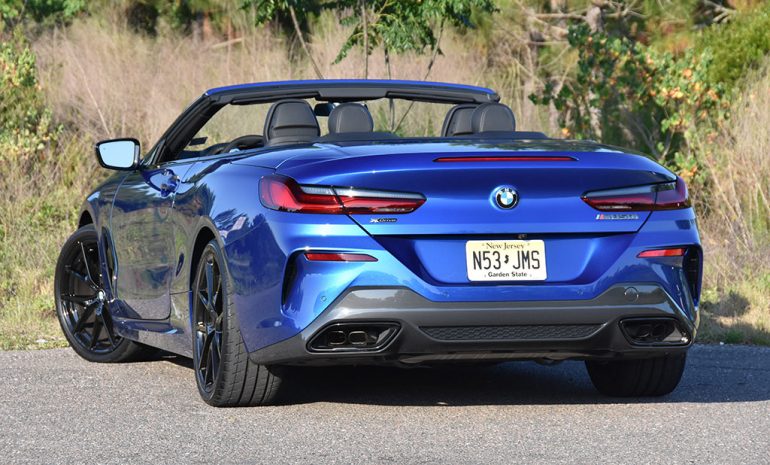 As a refreshing changeup, BMW keeps true to their roots and avoid introducing yet another crossover utility vehicle by taking up the challenge of bringing back the 8 series. After spending a week with the new M850i Convertible, it’s safe to say BMW has a winning formula for what the 8 series should in today’s world. 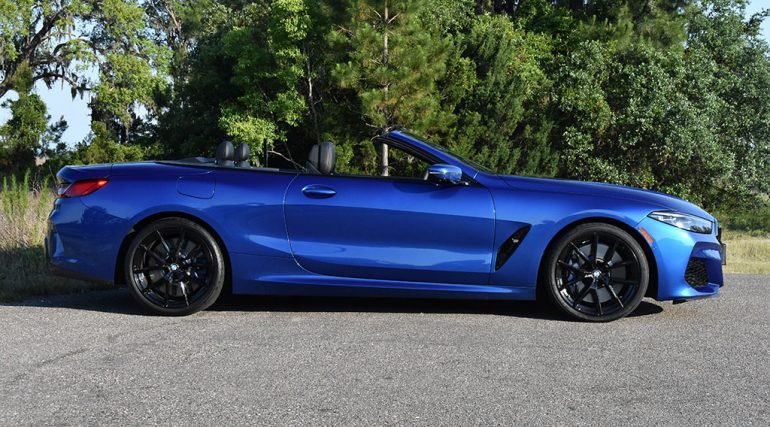 Sporting an even more powerful version of BMW’s mainstream 4.4-liter twin-turbo V8 engine, the M850i gets a potent 523 horsepower and 553 pound-feet of torque from 1,800 rpm up to 4,600 rpm. The engine is mated to the delightful ZF-sourced 8-speed automatic transmission that fires off quick and direct-feeling shifts while the standard xDrive all-wheel-drive system seamlessly directs the proper amount of power to the wheels with the most traction. The driving dynamics, combined with the M850i’s rather aggressive rear-wheel-steering give a nimble feel to the vehicle mostly hiding its 4,736-pound curb weight, which is quite a bit more than the coupe version’s 4,478 pounds. 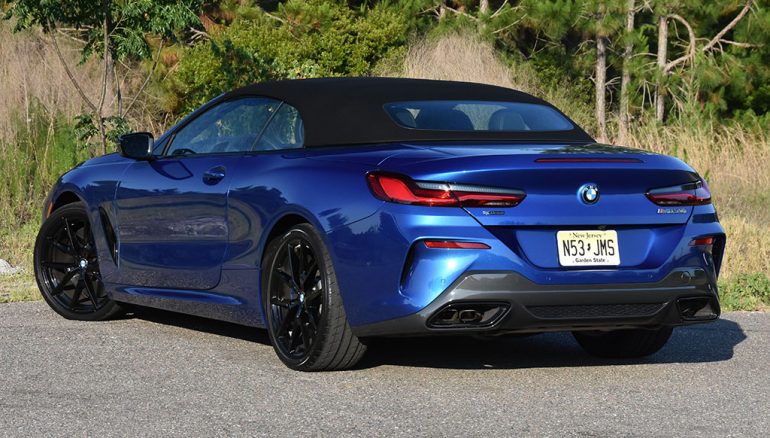 Surprisingly, despite the extra heft of the M850i Convertible over the Coupe, it never feels sloppy or reveals any structural deficiencies. Ultimately, the M850i Convertible has a stiff structure with no noticeable cowl shake or flex of the body, possibly thanks to a Carbon Core build structure where parts of the chassis are infused with carbon-fiber. 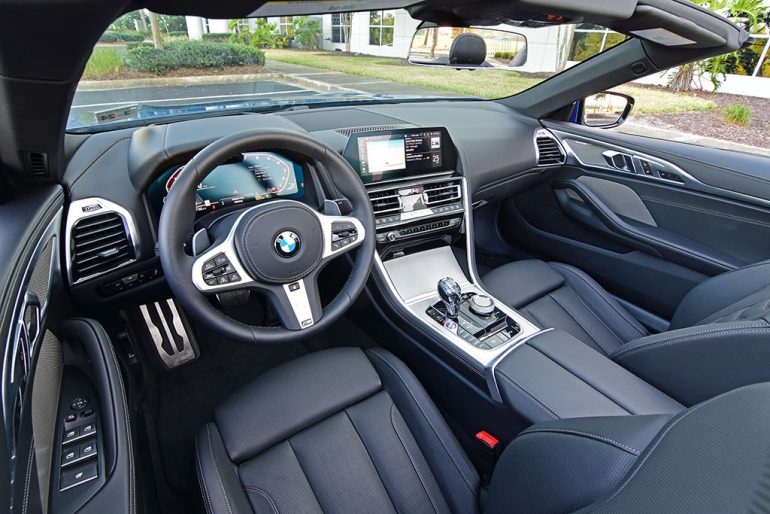 Even though the new M850i Coupe is considerably faster than the Convertible, my test car still covers ground quickly to reach 60 mph from a standstill in just 3.8 seconds while the Coupe does it in 3.6 seconds. There is always an abundant amount of power on tap and the force-fed V8 gets its job down so effortlessly. The use of the more aggressive Sport and Sport-Plus drive modes are only subtle changes mostly noticed with a popping exhaust note and more dynamic throttle control along with heavier steering through the latest electric-assisted rack. Even the adaptive dampers seem to remain more on the relaxed side to still give a desirable ride quality that is welcomed on trips that deplete a tank full of premium gas getting 26 mpg on the highway and 17 mpg city. The massive brake discs and 4-piston calipers up front do justice to bring the hefty Grand Tourer to a stop in a hurry. 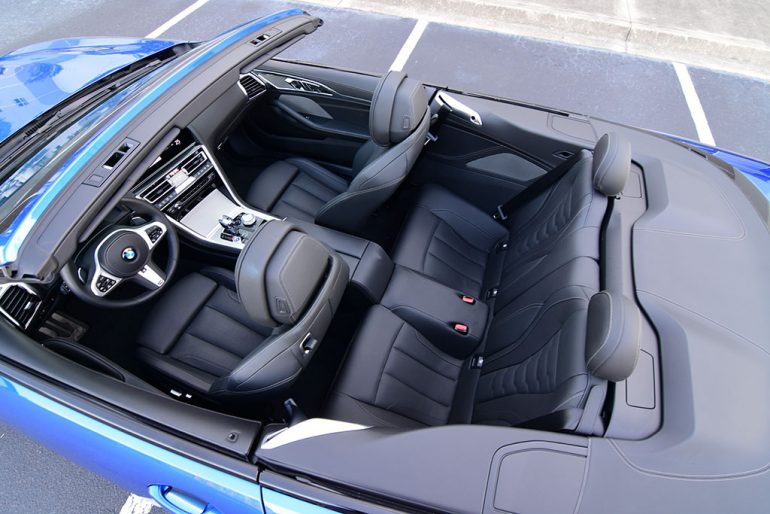 Inside of the new BMW M850i is a familiar layout true to the brand’s new interior design language featuring the 12-inch digital gauge cluster along with a large iDrive touch screen for the infotainment unit. The iDrive system, as stated before in my recent BMW reviews, is the best iteration of the system thus far and even includes a “hey BMW” voice response system that has a merit of vehicle functions for control with your voice. My only dislike for the system is the pay-service of wireless Apple CarPlay, which disables your iPhone’s Internet connectivity basically rendering many of your apps useless. Wireless Apple CarPlay would be great but somehow BMW manages to completely ruin the experience through a hiccup that does not allow your iPhone to connect to the Internet use of apps like Waze, which otherwise requires the Internet to use. 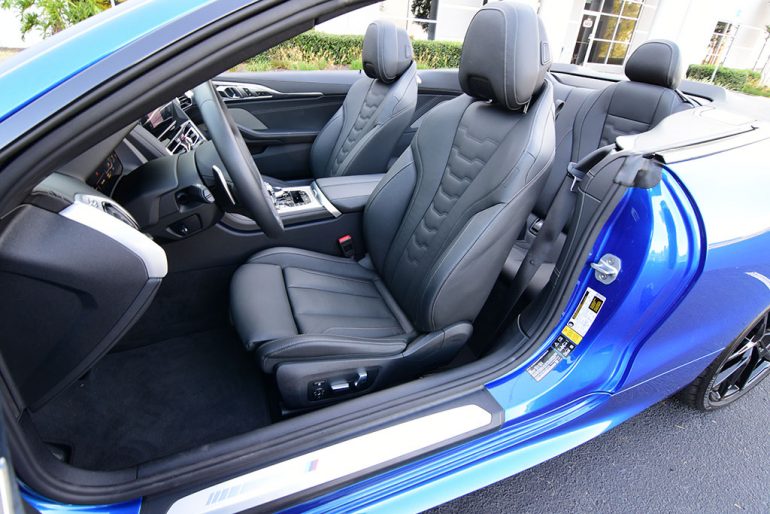 The seating areas up front are excellent with a low position to fit the mold of the low-slung roofline and cloth-top roof – but to keep you just high enough to see over the elongated aluminum hood. Out back the seats are on the smallish side but make do in a pinch for children and smaller adults – provided the front passengers aren’t’ as tall as me at 6-foot 3-inches where the front seat will intrude upon the already-limited rear seat legroom. Dare I say that you can almost think of the 8 series picking up from where the 6 series left off or bringing us the modern-day conception of the 8 series’ 20-year old predecessor. 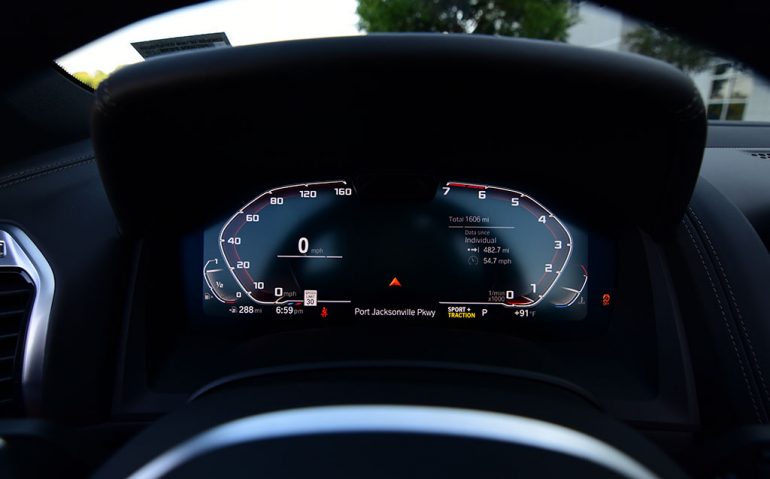 All that the new M850i Convertible is about is what you expect out of such a unique segment and some. There’s plenty to justify the price of the new M850i testing out at $123,395, where most of the equipment found here is standard only adding a few grand to the base price of $121,400. 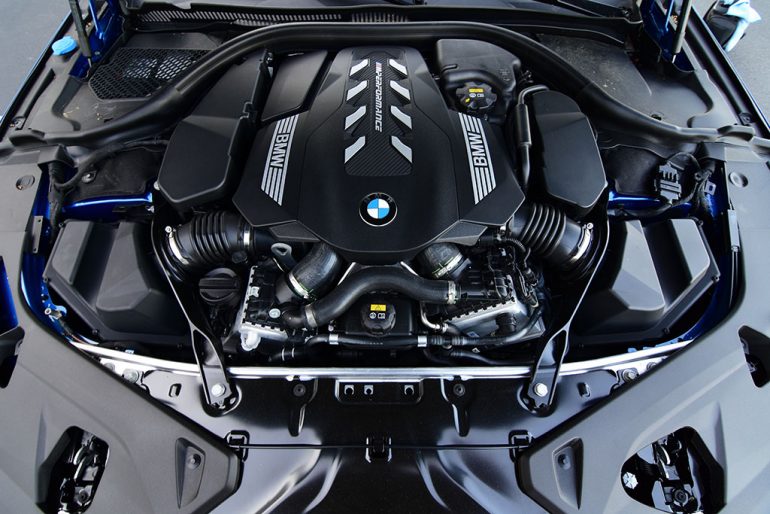 BMW has inspired many by making what is old all new again, and the new M850i is evidence of such. Now, the new BMW M8 will be a different story as to build upon the true “M” – Motorsport spirit of the brand. The new M8 will pick up directly where the new M850i leaves us and I can only imagine that it will be a beast on steroids because the M850i is already a monster.