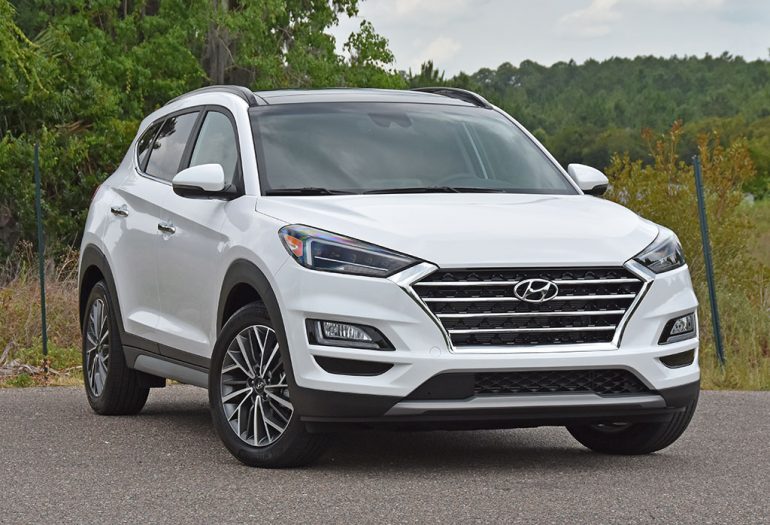 Hyundai has placed its mark deep into the foundation of today’s automotive market receiving many praised accolades. With the emergence of crossover utility vehicles, Hyundai has benefited well to bring newfound innovation for such a segment in vehicles that were once afterthoughts in the scope of American households. Today, crossovers like the new 2019 Hyundai Tucson have literally grown up and stand tall to show off their best assets found in a plethora off feature set offerings and class-leading warranties.

>> Get the best price on the Hyundai Tucson from a network of local dealers now. <<

The new 2019 Hyundai Tucson in the top-level Ultimate trim has graced my garage this week with many surprising traits that start with the long list of features and amenities for a mainstream compact crossover. Mind you I have the Ultimate trim, which is at the top tier of seven trim levels offered (SE, Value, SEL, Sport, Limited, Night, and Ultimate). Hyundai attempts to give compact crossover buyers a little something for every need, but there’s one exception that I found in my week-long excursion with the new Tucson. 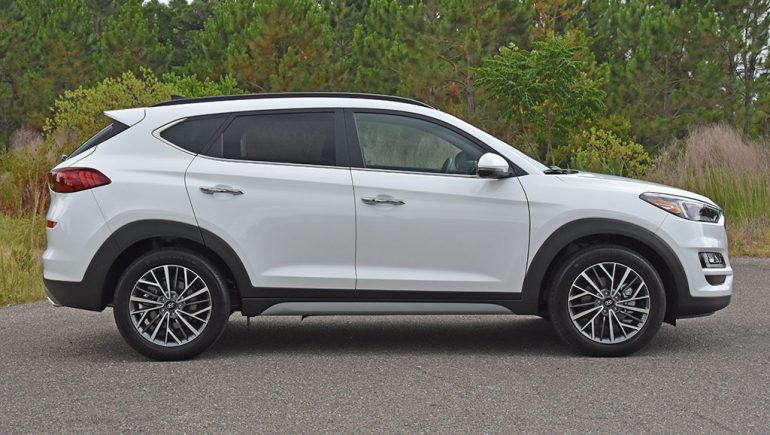 To avoid keeping you in suspense, the one characteristic that I didn’t feel was up to par on the new Tucson is its power output, which comes from the brand’s 2.4-liter 4-cylinder with 181 horsepower and 175 lb-ft of torque. The Tucson has two engine choices to select grouped with the trim level where the SE and Value trims get a 2.0-liter 4-cylinder engine with 161 horsepower and 160 lb-ft of torque. All other trims get the larger engine, which doesn’t feel adequate for the grown-up size of the new Tucson. While there’s a group of buyers who won’t mind the lackluster acceleration from the Tucson, such a characteristic goes unnoticed by even the lightest-hearted enthusiasts. From my tests, it takes about 8.9 seconds to reach 60 mph, if anyone cares to know. If there is any takeaway from the engine or positive aspect, it lies within its fuel efficiency and good management of power through the 6-speed automatic transmission. 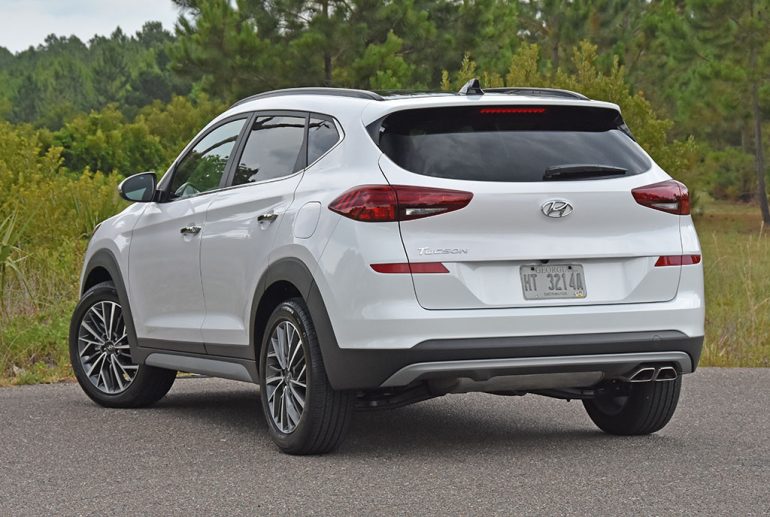 The overall driving experience of the Tucson is easy, and it exudes a nice stability and handling trait for a compact crossover.

The new 2019 Hyundai Tucson gets 22 mpg city, 28 mpg highway, and 25 mpg combined. While these numbers are nothing to jump up and down about, they are mostly consistent and real-world figures from what I experienced. 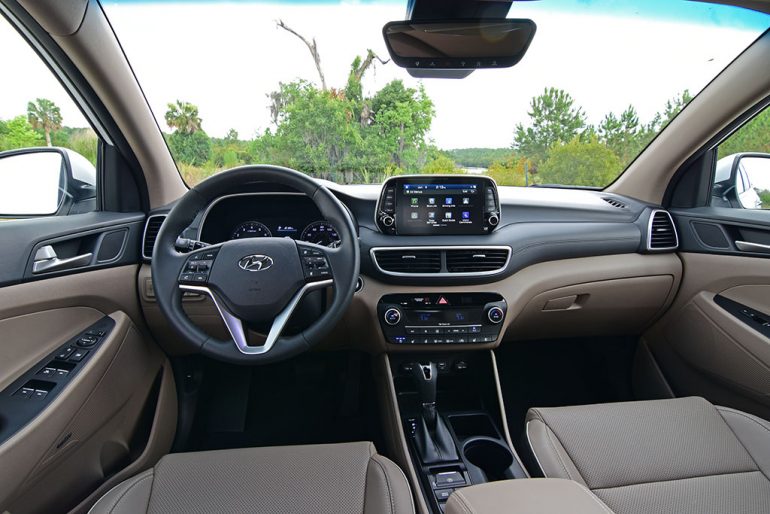 The interior of the new Hyundai Tucson is nicely laid out with easy and clear controls and a welcomed user-friendly infotainment unit with an 8-inch touch screen. Apple CarPlay and Android Auto both add to the infotainment’s experience as does the wireless phone charger, which are all bundled features as part of the top-level Ultimate trim. Otherwise, most trims make due with a 7-inch touchscreen lacking the built-in navigation system of the Tucson Ultimate. 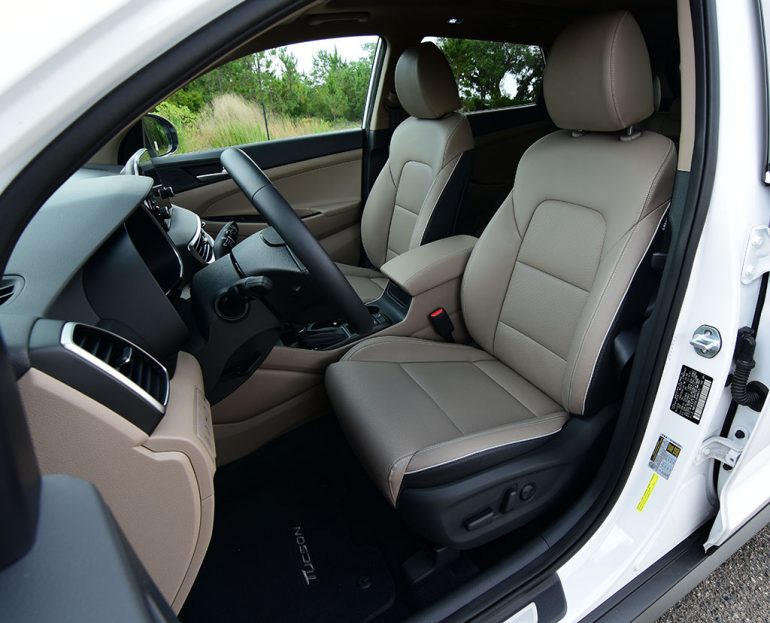 Putting the Hyundai Tucson on a pedestal and nearly rivaling with some luxury compact crossovers is the long list of features included in the top Ultimate trim, such as leather seating surfaces, second row heated seats, ventilated and heated front seats, reclining rear seat backs, automatic LED headlights with highbeam assist, wireless phone charging, adaptive cruise control, and the bundled of active safety features that fundamentally allow the Tucson to track the road and steer for you where there are clearly marked lanes (with your hands on the wheel of course). 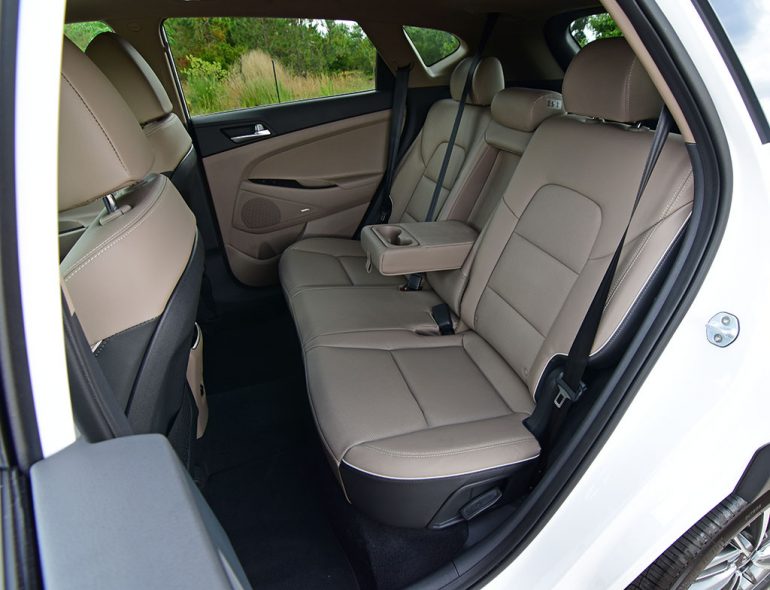 Hyundai is clearly on a mission to trump others in the mainstream of vehicles, mainly their lineup of new crossovers. The Hyundai Tucson has come a long way and has materialized into a respected offering in the high-selling market for crossovers. The pricing structure of the new Tucson also reiterates the value proposition of new crossovers with it topping out at the as-tested price of $32,730 yet starting at just $20,950 for the base Tucson SE trim.

>> Get the best price on the Hyundai Tucson from a network of local dealers now. << 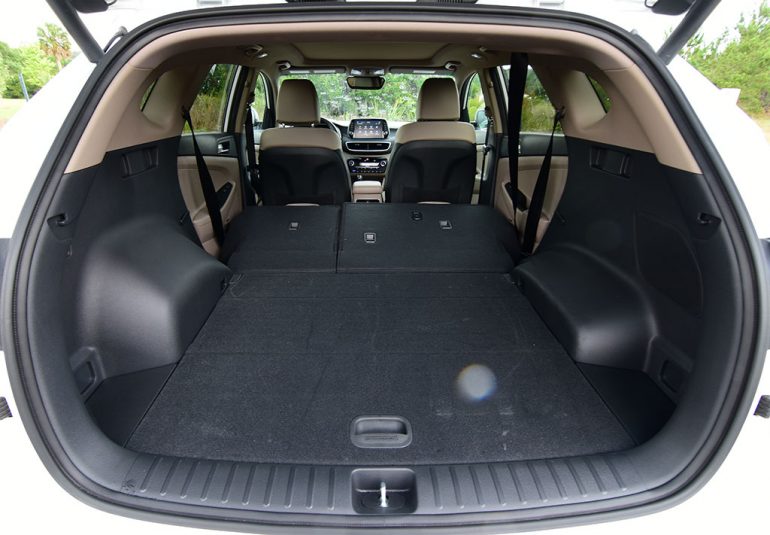