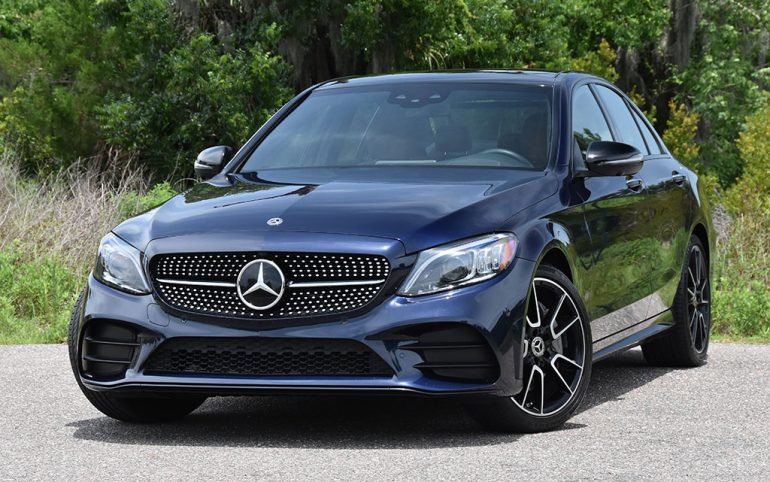 There’s no denying that Mercedes-Benz has thrown many automotive creations against the wall to see what sticks. In such a quest, the C-Class has been moved up along the line no longer standing as an entry-level into the luxury brand. Now, there are many vehicles in the brand lineup that fall below the C-Class giving it a bit of room to “grow up” and captivate consumers with more upscale offerings for features and the overall feel of being a smaller iteration of the S-Class sedan.

For 2019, the Mercedes-Benz C300 gets a few updates in the form of offering more horsepower in the engine choices, standard Apple CarPlay and Android Auto integration, and a departure from offering a hybrid version. 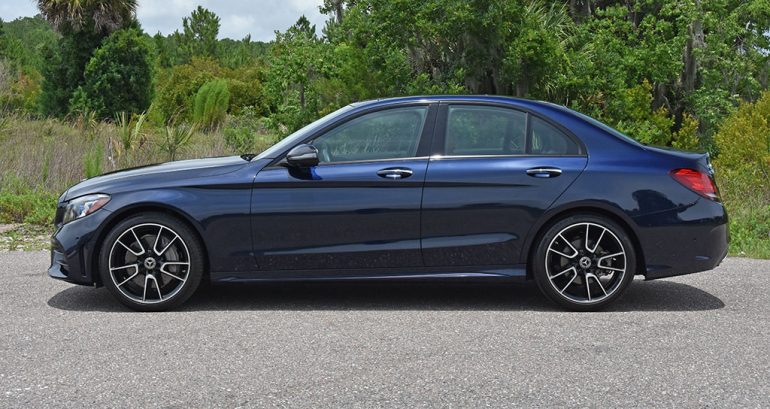 Since the redesign of the C-Class for the 2015 model year, it has successfully taken a page from the S-Class’ design, which has played well for what some may consider to be one of the most luxurious vehicles for its class. With that, the 2019 C300 is starting to stand out a bit more with the styling and color of my test vehicle adorned in its Lunar Blue paint, black-accented 19-inch AMG wheels, LED exterior lighting, and a panoramic glass roof. 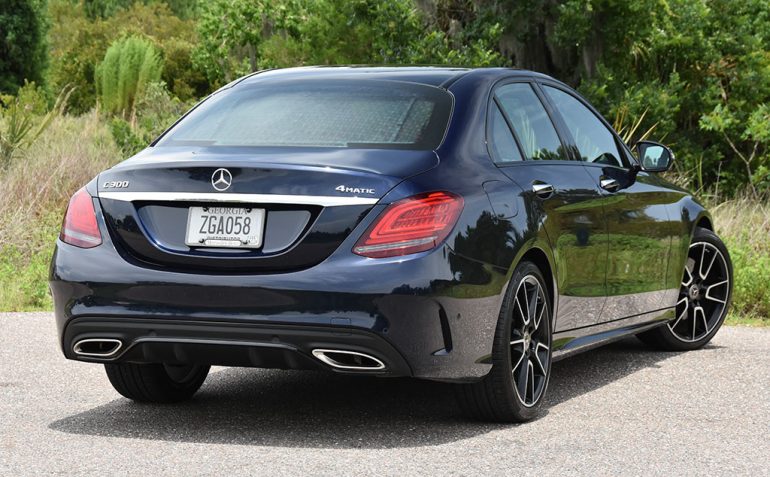 While the exterior style of the C300 sedan is classy and attractive, the interior keeps the same trend borrowing a smaller form factor of the highly praised S-Class. Much of the feature sets, infotainment unit, and controls are borrowed from the S-Class only fit in a smaller area. The traditional and recent iteration of Mercedes’ infotainment system is present but it is a version before the highly touted MBUX system. Making do with the dual 12.3-inch screens, one for the gauge cluster and the other as a fixed non-touch infotainment screen, the system remains to be somewhat cumbersome by using the central turn controller and/or touchpad. Hopefully, Mercedes will utilize the all-new MBUX system in upcoming versions of the C-Class following a redesign in the next couple of years departing from the central controller setup. 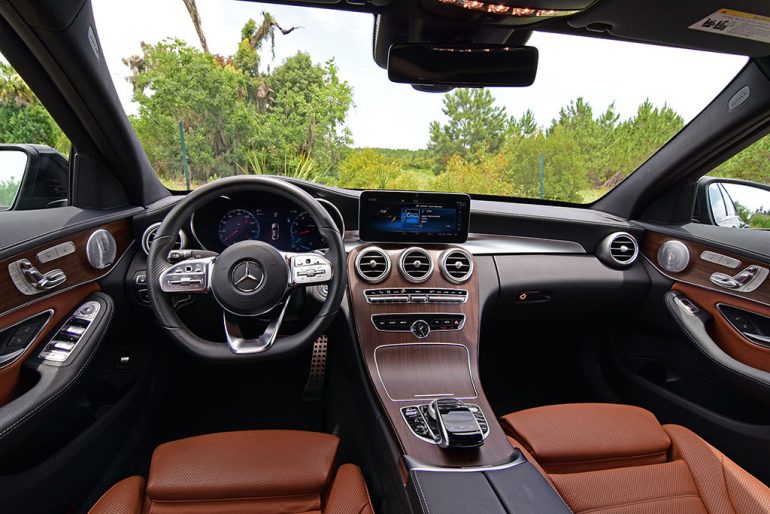 Just like my previous review of the C300 Convertible, the C300 Sedan features the same delightful turbocharged 2.0-liter 4-cylinder engine good for 255 horsepower and 273 lb-ft of torque. Power is sent through a 9-speed automatic transmission before it goes through the 4MATIC all-wheel-drive system, making the C300 Sedan nicely planted on the road. The C300 Sedan also moves along the road quite well where there isn’t much turbo lag, and the transmission does well to keep with landing in the proper gear without too much hunting. The drive modes make a noticeable difference in Sport and Sport+ modes eliminating the 2nd gear start that defaults in Comfort and Eco drive modes. Zero to 60 mph comes in 5.5 seconds, which is just a tick slower than the Audi A4 2.0T Quattro hitting 60 mph in 5.2 seconds but faster than most of the other direct competition equipped with turbo 4-cylinder engines. 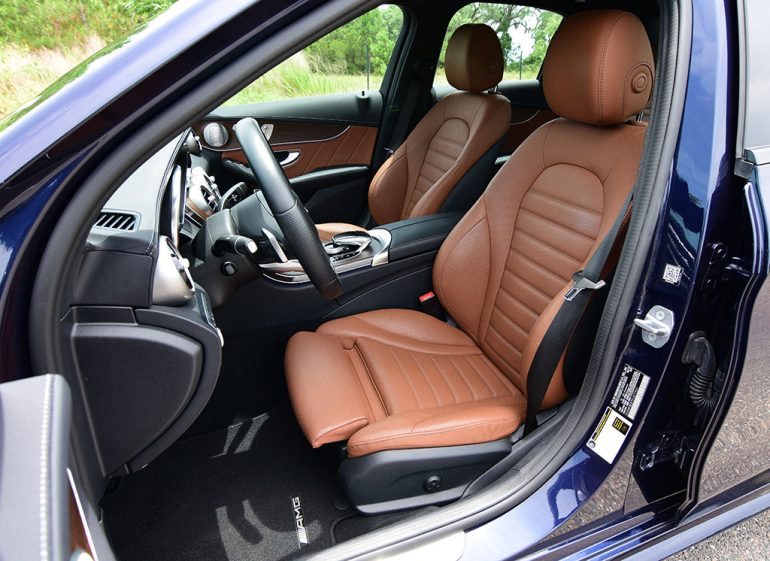 As you would expect, the C300 with its 2.0-liter turbocharged 4-cylinder engine gets decent fuel economy for a luxury vehicle. I saw figures just one mpg below the EPA estimates of 22 mpg city, 33 mpg highway, 26 mpg combined. 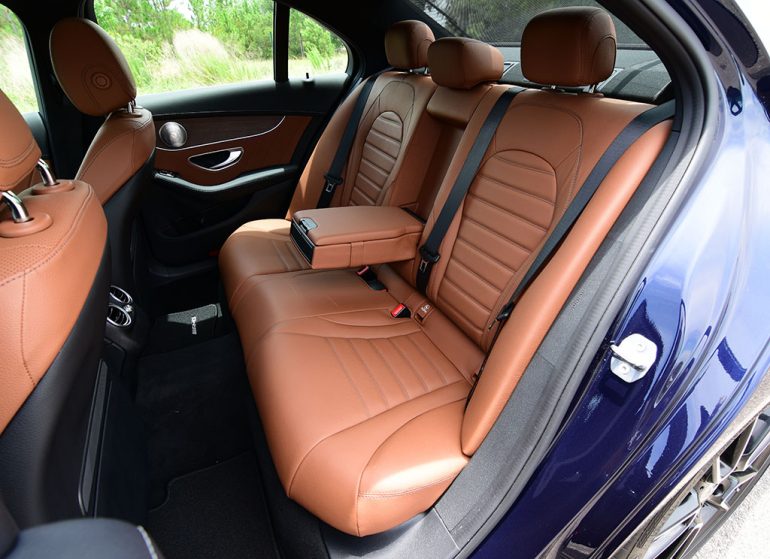 The ride of the C300 Sedan due to the lack of adaptive dampers in my test vehicle was not as nice as it could be in higher trim levels of the C-Class. However, the addition of the optional AMG Line package beefs up the handling attributes with a Sport Suspension setup, Sport Steering, and upgraded brakes with cross-drilled rotors up front. 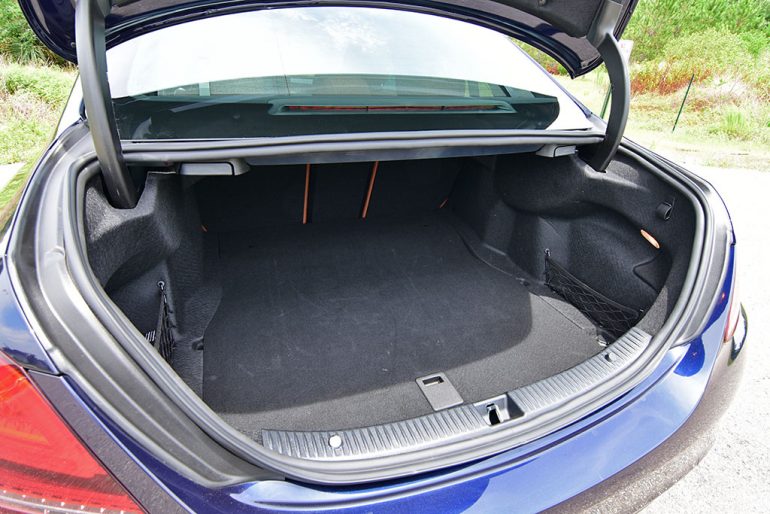 Available luxury amenities are strong in their numbers where nicely equipping the C300 Sedan can increase the price in a hurry. My nicely equipped and nearly-loaded C300 Sedan 4MATIC test vehicle came in at a price of $63,825. Mind you, the C300 Sedan starts at $41,400 before any options or fees.