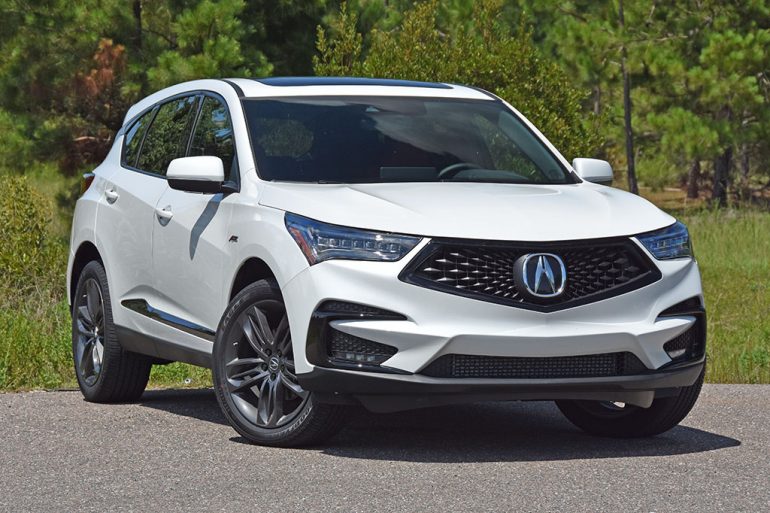 In the recent years each vehicle has literally grown up, and not just its size but in areas to entice new consumer demographics. Such a notion rings true with the Acura RDX, a crossover that was somewhat overshadowed by its larger MDX sibling for a while. With the redesigned 2019 RDX, Acura gives us a higher level of appointments where it almost serves as a two-row variation of the MDX, and that’s not a bad thing considering the remarkable sales of the MDX carried throughout nearly two decades.

>> Get The Best Price On The Acura RDX from a network of local dealers now. <<

The Acura RDX, first introduced to us in 2006, has had a consistent increase in popularity and its latest redesign for the 2019 model year has pushed the envelope for a compact crossover that is well worthy of being cross-shopped with two-row midsized luxury crossovers. After spending a week with the new 2020 Acura RDX adorned in its sporty A-SPEC SH-AWD trim, I am a firm believer of Acura’s boldness paying off well considering its lower price point when pitted against other luxury crossover competition. 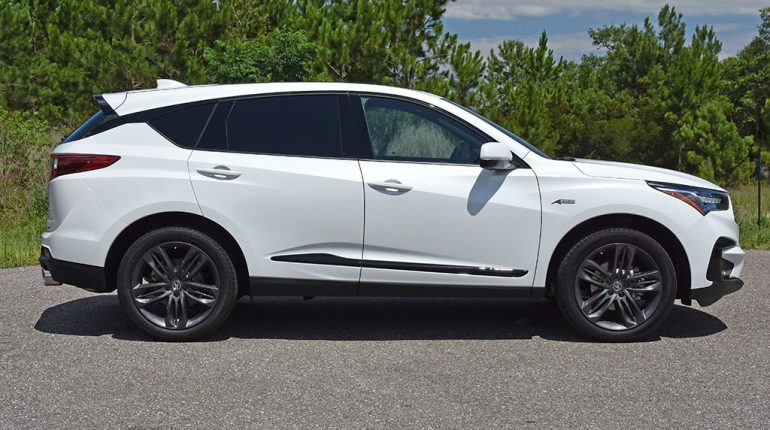 There is no shortage of vehicle amenities for the luxury spectrum in the new Acura RDX A-SPEC, and with its sporty looks and a well-planted sporty edge for its driving character, I have no qualms about recommending the new RDX to just about anyone looking for a two-row compact to midsized crossover. 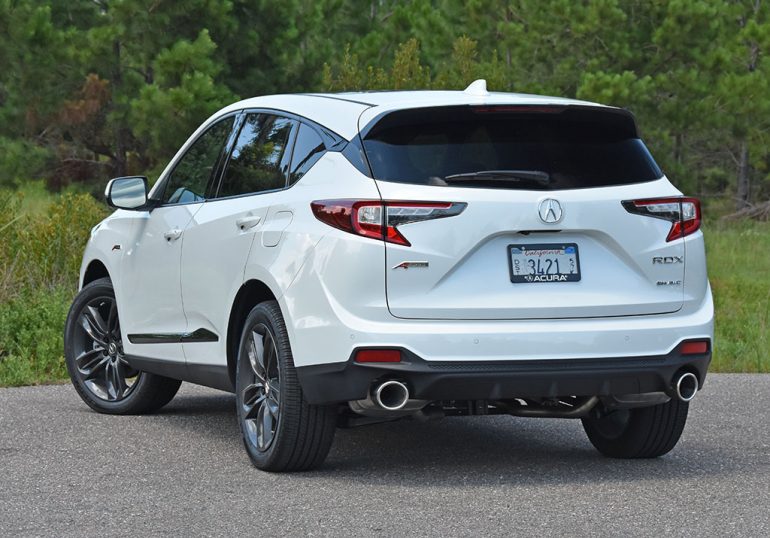 Over the years, Acura has more or less fell into a vanilla black hole where their vehicles went unnoticed in the crowd of suburbia transportation appliances. The MDX was the go-to for growing families who wanted something above what the mainstream market had to offer yet remained to be an exceptional value for the cost conscious. The new RDX picks up off of such a same concept but with a little excitement that’s a pleasure to drive for light-hearted enthusiasts. 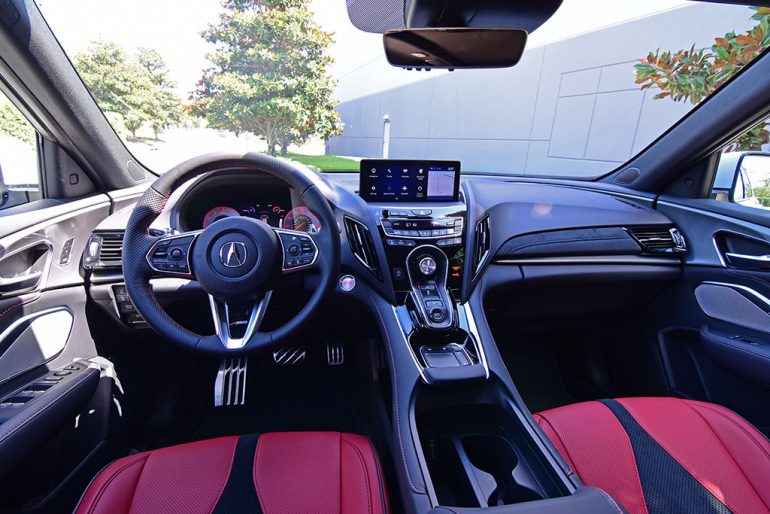 Powering the new 2019 and 2020 RDX is a 2.0-liter direct-injection turbocharged 4-cylinder engine that’s good for 272 horsepower and 280 lb-ft of torque. Power in my test vehicle, the SH-AWD A-SPEC model, is cleverly sent where it is needed and adjusted on the fly to add additional power to the outside wheels when making a turn, which is a traditional part of the brand’s Super Handling All-Wheel-Drive system (SH-AWD). All RDX trims (Standard, Technology Package, A-SPEC Package, Advance Package) get the same engine mated to a 10-speed automatic transmission and can be had in either front-wheel-drive or SH-AWD configurations. 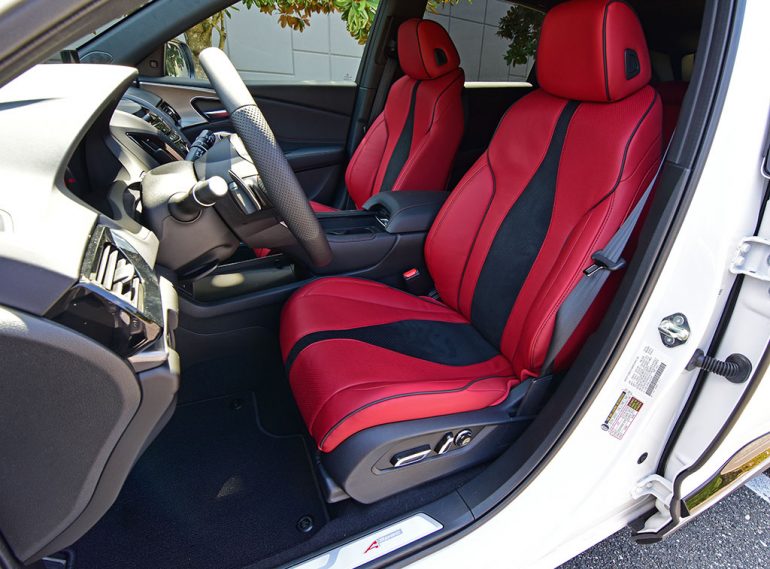 In my assessment, the overall performance feels more than stated on paper giving the RDX SH-AWD A-SPEC a welcomed feel out on the road. One trait to note about the power delivery, it comes on and stays on somewhat thanks to having 10 gears to play with where the RDX’s engine stays in its sweet power spots. The throttle positioning is a bit more advanced for my taste and is only exacerbated by placing the vehicle into Sport or Sport+ drive modes. However, the advancement of the throttle is fun after becoming accustomed to its behavior.

The Sport+ drive mode may be a little too smart for some where it is more desired for carving canyons instead of track duty – which is good because who’s going to take their RDX to the track? Hitting 60 mph from a stop takes about 6.2 seconds. 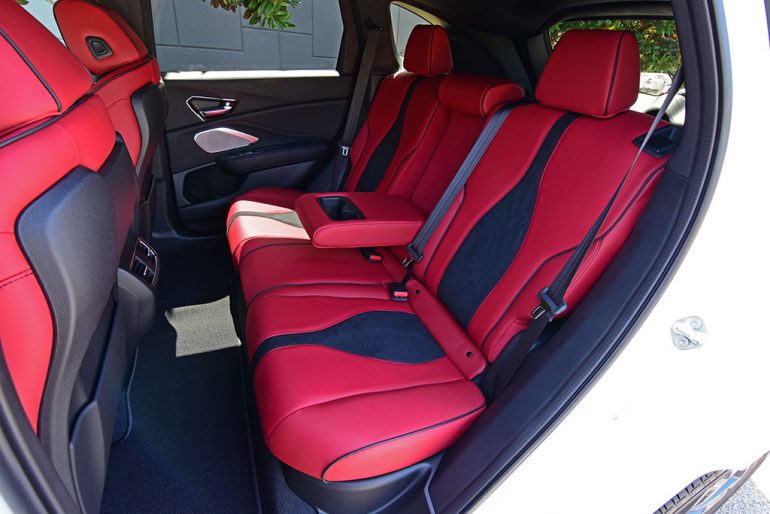 Driving the RDX SH-AWD A-SPEC eggs you on somewhat and I found my fuel consumption slightly suffering for it. I mostly matched the EPA estimates of 21 mpg city, 26 mpg highway, and 23 combined, which are not numbers to brag about for a vehicle of this class. However, if you’re making up for the sporty good looks and the respected price of admission for the new RDX, the lackluster fuel consumption can be forgiven. 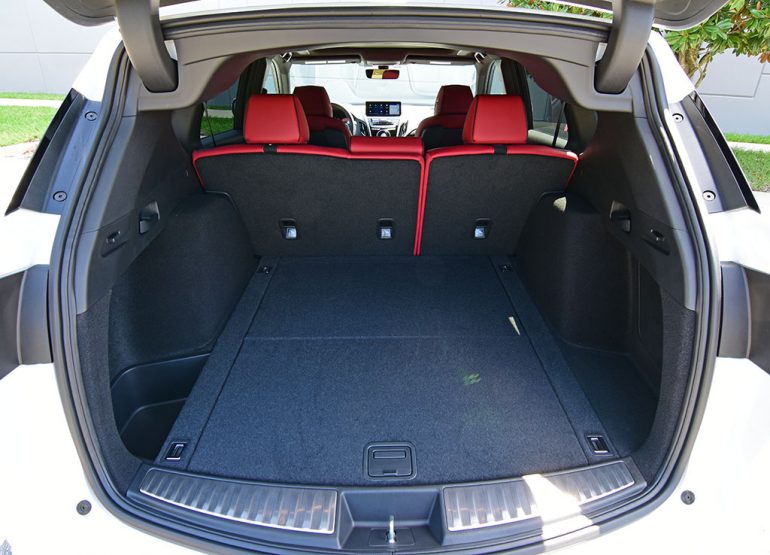 Inside the new RDX is a nicely appointed cabin with somewhat of a cumbersome infotainment unit – at first. I will say, the infotainment system is downright frustrating until you spend a good two to three days with it. The use of Acura’s new True Touchpad Interface is interesting to say the least. Its initial use will be cumbersome to the point that you want to avoid use of the system altogether. However, once I figured out how the system is more of a predictive and “smart” way of navigating the high-resolution 10.2-inch central display, things start jiving. Fundamentally, the touchpad acts more like a touchscreen would by each area of the touchpad being a fixed representation of onscreen buttons. You touch the top left corner and the button in the top left corner is pressed. There’s no mouse courser for you to drag – only a swipe action to swipe to the next set of features or screen pages. After getting through a slight learning curve, you find out that the system is quite intuitive to a degree. Still, a touchscreen will serve much better, which is something many Japanese manufacturers are learning the hard way while the Germans have caught on and are offering new touchscreens after previous complaints. 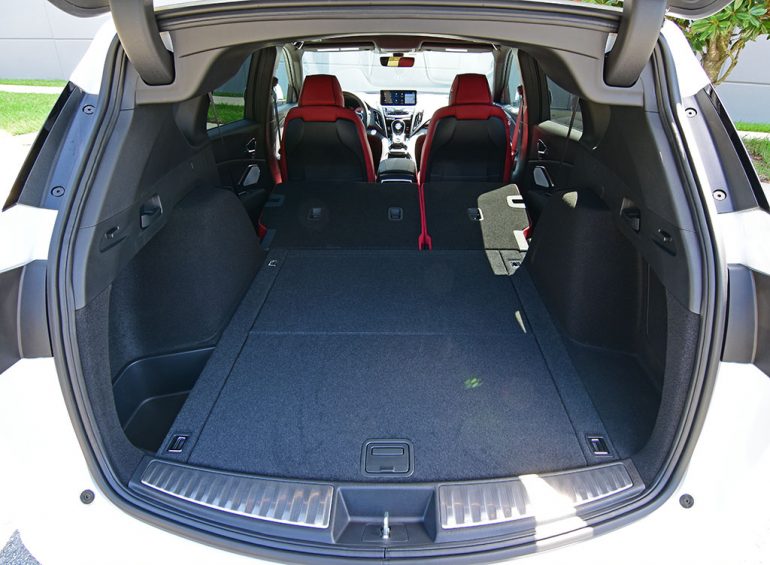 The heated and ventilated front seating areas of the new RDX are cleverly positioned as are the rear seats making wise use of the interior volume that is more abundant than much of its competition. With the RDX A-SPEC trim, the perforated leather seats have sporty accents and are well bolstered up to the task of keeping you in place for all of the lateral forces that the RDX can muster. 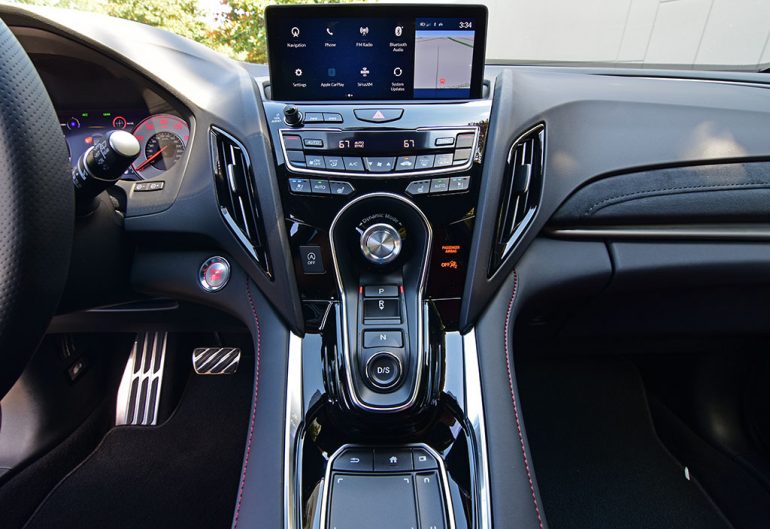 Out back, the cargo room is plentiful and accessed by a hands-free power liftgate. With each trim level having a fixed set of features, the A-SPEC comes equipped with a decent number of amenities. Though, the Advance Package, which doesn’t have the sporty looks that I like in the A-SPEC, adds many additional desired luxury options, such as a 360-degree camera system, rear outboard heated seats, additional power adjustments in the front seats, rain-sensing wipers, and adaptive suspension dampers. Such options were greatly missed on my RDX SH-AWD A-SPEC test vehicle. 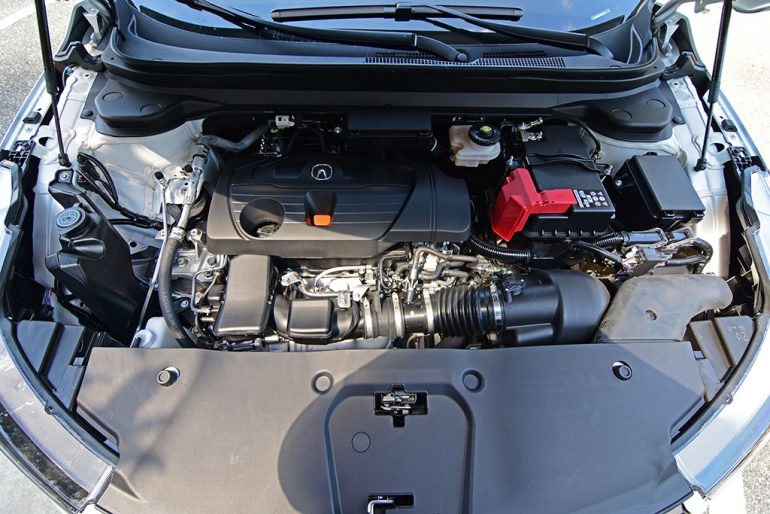 With a starting price of just $37,600, the new RDX is a welcomed update in the fray of luxury crossovers that are now trumping the sales of their sedan counterparts. The 2020 RDX SH-AWD A-SPEC tests out at a price of $46,795, which includes a destination and handling charge of $995.

>> Get The Best Price On The Acura RDX from a network of local dealers now. <<