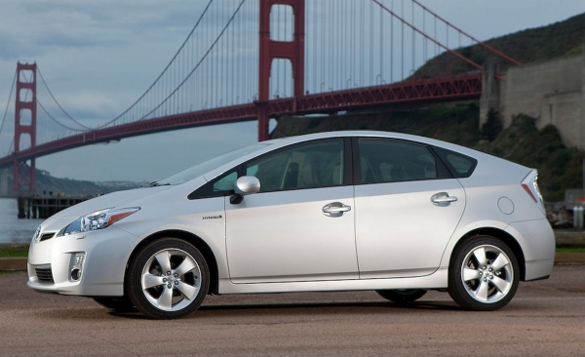 Green Car Journal is gearing up to announce their choice of Green Car of the Year at the Los Angeles Auto Show on December third.  This award, started in 2005, has increased steadily in importance during the past five years.  Pushing auto makers and consumers alike to be more aware of the impact their cars and actions have on the environment, as well as take the necessary steps to lessen the negative effect we are having.

Prior to the show, 5 nominees will be announced from a field that includes EVERY new car produced this year, no matter the fuel source; hybrid, electric, diesel, petrol, etc.  Fleet and promotion vehicles will not be considered, as the car must be readily available to consumers throughout the year.  It is a painstaking process to narrow the list down, which makes winning a true honor.  Driveability, newness of the car and technology, and the impact the car has on the industry being the main factors looked for.  Past winners include the Volkswagen Jetta TDI, Chevrolet Tahoe Hybrid, Toyota Camry Hybrid, and the Mercury Mariner Hybrid.  Who do you think will come out on top this year?