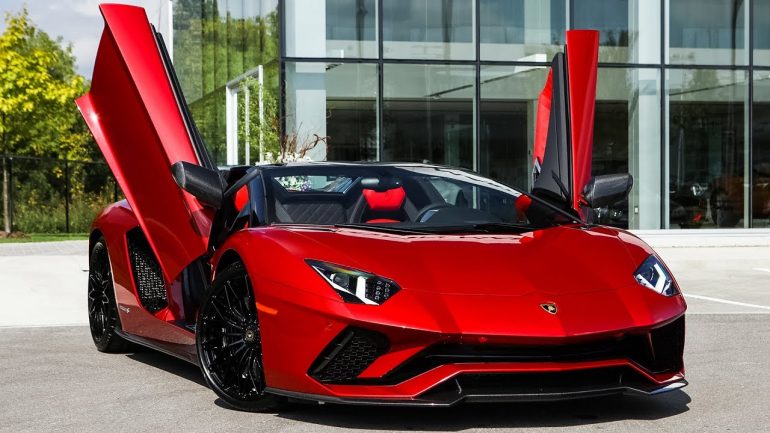 Do I take the Lambo or do I build a house? Buying a sports car can be absurd. For the top models of Ferrari, Lamborghini, Porsche and you have to pay six, sometimes even seven-figure sums explains Carcody. Admittedly, you get the latest racing technology for the road and pure performance. But can’t you also be one or two numbers smaller and be sporty on the road? You can! We present five sports cars that offer driving pleasure at an economic price.

When we talk about “cheap” or “inexpensive” sports cars in this article, we of course mean this in relation to the amounts that you have to spend on expensive models like the Porsche 911 or the Audi R8. In absolute terms, the following cars are of course not quite cheap. But see for yourself. We have sorted the five models in ascending order according to the current cheapest price at heycar.

The Audi TT is now in its third generation. For more than 20 years, the sporty coupé has been one of the most sought-after models of the car manufacturer from Ingolstadt. The initially very round shapes have given way to more angular lines. The low-slung body of the Audi TT thus radiates a sporty dynamism. A glance at the performance data confirms this. The latest model in the series, the Audi TT 2.5 TFSI, comes with a 2.5-litre petrol engine that develops 400 bhp at up to 6500 rpm.

The Toyota GT86 and the practically identical Subaru BRZ is a sports coupé with four seats. In the co-production of Subaru and Toyota, the two car manufacturers have combined their experience from racing. The 2.0-litre boxer engine delivers an impressive 200 hp at a top speed of almost 230 km/h. Here you can get a compact sports car at a reasonable price. The striking bonnet and the sporty front apron characterise the appearance of the car.

While sports cars in Europe often look light and filigree, this is not the case with the Americans. The muscle car is the beefy version of an aerodynamic sports car – which does not mean that the Ford Mustang is ponderous. Quite the opposite – the power pack is brimming with athleticism. In its latest generation, the US classic has been given a facelift, with striking features that emphasise the powerful character of the EcoBoost. The Mustang weighs more than 1.5 tons, but thanks to its 2.3-litre engine with 290 hp, it doesn’t let this show: it accelerates from 0 to 100 km/h in under six seconds.

The Mazda MX-5 is already a true classic among affordable sports cars. In the 1990s it pioneered a whole wave of roadsters. With over a million units sold since 1989, the sporty Japanese has become one of the most popular budget sports cars in the world. The top model, the RF 2.0 Skyactiv G-184, has been coming with a 2.0-liter gasoline engine with direct injection since August 2018. Thanks to its comparatively light weight of almost one tonne, the 184 hp catapults the car from 0 to 100 km/h in under seven seconds. By 2019, all engines have been converted to comply with the Euro 6d-TEMP emissions standard. The Mazda MX-5 RF is a real bargain in the field of affordable sports cars and is popular all over the world.

GTs and coupes are counted among the sports car segment – and thus also the Nissan 370Z. The sports coupé of the Japanese automobile group has been built since 2008 and is one of the company’s most popular sports cars. Although it is not exactly a lightweight at just under 1.5 tons, it accelerates from 0 to 100 km/h in 5.3 seconds. A 3.7-liter, six-cylinder engine delivers up to 344 hp at 7400 rpm on the tarmac. The 370Z is an affordable sports car, available both as a roadster and coupe form.

In the competition of Japanese sports coupes, Mitsubishi showed where the high-tech hammer hangs with the 3,000 GT VR4. Toyota Supra Turbo and Nissan 300 ZX Twinturbo had neither four-wheel drive or four-wheel steering. Neither did Franz Beckenbauer, who was the promoter for a special series of 30 post-yellow 3,000 GT equipped with OZ rims and Remus exhaust.

From 1994 on, ellipsoid headlights replaced the folding headlights. There were also lower horsepower versions without twinturbo. In the USA the 3,000 GT with slight body retouching was entered as Dodge Stealth.

Remember the small, almost square Honda coupes with the large fastback rear windows and the inevitable retrofit exhaust systems with the double heater tailpipes? Those were the wild predecessors of the open CRX del Sol, which couldn’t match the success of the piranha-like biting CRX coupes.

Instead, the last CRX generation for the time being has a Targa roof, which electrically slides back under the boot lid for an extra charge. This looks spectacular, but takes almost a minute and costs a lot of space in the rear. So it is better to stow the roof part by hand. In contrast to its often crashed predecessor, the open-air CRX is very present on the used market. The powerful, free-revving VTi engines with 160 hp at 7,600/ min allow for quite sporty performance at up to 210 km/h top speed.

No matter which version you choose, two things are always there: a V8 with 5.7 litres capacity and a removable Targa roof (top model ZR-1 excluded). You should avoid the very early, weak engine versions up to the L98 with 240 HP from 1987. The LT1-engine brings real power from 1992 with 306 hp. Compared to the C3 predecessor the simple design and an excellently balanced chassis are a big plus, careless attention to detail and previous owners a big minus. Bitchy power version ZR-1 (photo) only for connoisseurs and enthusiasts.

It is hard to believe that the XK8 is the direct descendant of the stately XJS. Visually there are no similarities and technically only the supporting drive shafts of the rear axle remind of the long luxury liner. In contrast, the front end of the XK8 strongly resembles the legendary car quartet Champion E-Type with 240 hp and 240 km/h, which by the way were pure fiction. The XK8 is different, with its 284 bhp at 250 km/h even being braked electronically – despite weighing almost 1.7 tons. For those who need even more power, the more susceptible supercharged XKR (photo) with 365 hp is recommended.

What makes a sports car stand out?

Design and performance are two essential aspects of a sports car. But there are also other features. For example, it is usually a flat two-seater whose engine output is significantly higher than that of a classic four-seater car. The extended sports car segment also includes sports coupes or GTs with four seats. The low centre of gravity of a sports car ensures better handling and sleek aerodynamics. Chassis and braking systems are also extremely powerful.

Why are sports cars so expensive?

Technical innovations in the areas of engine, body, tires, safety and assistance systems are often developed for motor sports. When the technologies are later ready for series production, it is either the premium models or the sports car segment of the manufacturers that are equipped with the innovations first.

These advanced technologies are then naturally reflected in the price. The extravagant design, the powerful drive and last but not least the brand name ensure that sporty cars generally belong to the upper price segment. But as our list has shown, there is a lot on offer even for a comparatively small budget.