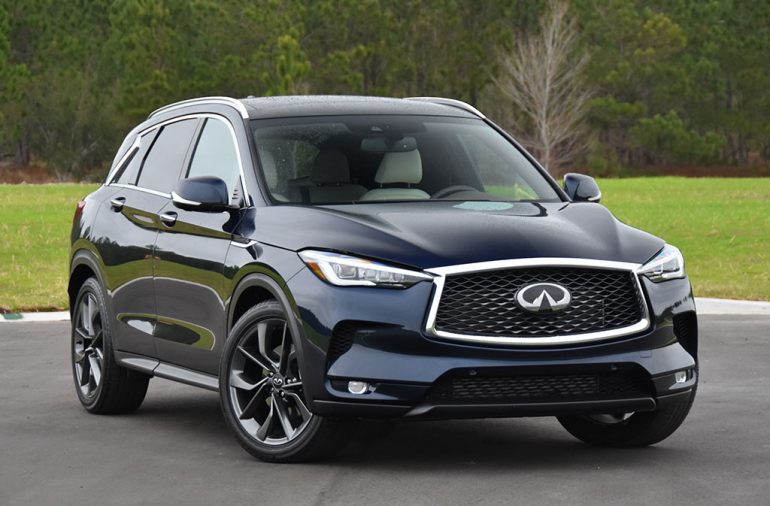 In the current state of the American economy, crossover utility vehicles are the most popular modes of transportation over the old tradition of sedans. In knowing such, there’s no surprise that the Infiniti QX50 is one of the top sellers for the Infiniti brand, which has received a few minor updates for the 2020 model year.

For my latest test drive adventures, Infiniti sends me their loaded-up QX50 Autograph AWD crossover, which receives a slightly updated infotainment unit to now include Apple CarPlay and Android auto along with making a bevy of active safety features standard equipment across all trim levels.

The Infiniti QX50, a crossover now in its second generation and re-introduced into the lineup as a 2019 model, is touted as a first of its kind due to its 2.0-liter 4-cylinder variable compression turbocharged engine. The engine, which I first experienced almost two years ago when the new second-generation QX50 was introduced, is a gem and delivers respectable seamless power. However, the overall power delivery is a bit inconsistent due to it being mated to a CVT (Continuously Variable Transmission). The transmission and throttle input don’t communicate well in the QX50, giving you a slight disconnect for what you want the vehicle to do and what it actually does. Bottom line, the initial throttle is nearly unresponsive, requiring you to press nearly half-way until the vehicle responds the way you want it. Press a little harder, and the QX50 gives you more acceleration than you needed. It’s a complete mixed bag, which is unfortunate because the 268 horsepower and 280 ft-lb of torque is substantial for the compact luxury SUV with all-wheel-drive. Zero to 60 mph takes place in 6.4 seconds, which is pretty good for such a vehicle. 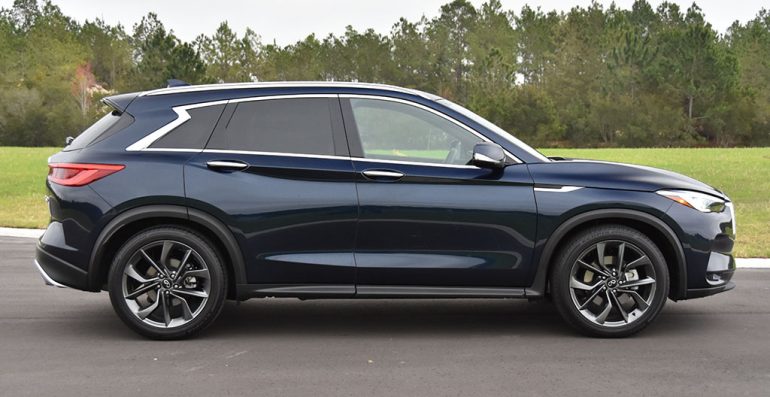 Performance, apart from the shortfall from the inconsistent power delivery due to the CVT, is pretty good, and at times the QX50 feels nimble, part in thanks to its Direct Adaptive Steering (DAS), which is a love/hate affair for most. The DAS has multiple settings for its firmness and or response level, which can be a bit too aggressive at times. In all, the steering feels very artificial and somewhat gives a sense of disconnect from the road leaving lighthearted enthusiasts without an enjoyable experience. The DAS system is basically a servo setup that doesn’t have a physical connection to the steering rack from the wheels other than one to step in the event of a system failure where a clutch pack engages to physically connect the steering to the front wheels. 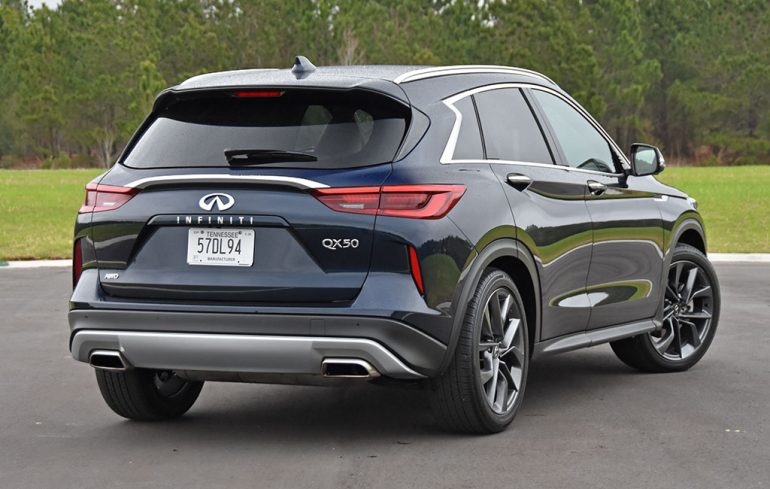 Fuel economy, almost like the unpredictable power delivery, varies greatly. I saw mpg numbers as high as 27.5 mpg on the highway, just missing the EPA 28 mpg number, but in the city, I was able to better the EPA city mpg figure of 22 to get about 23.7 mpg. 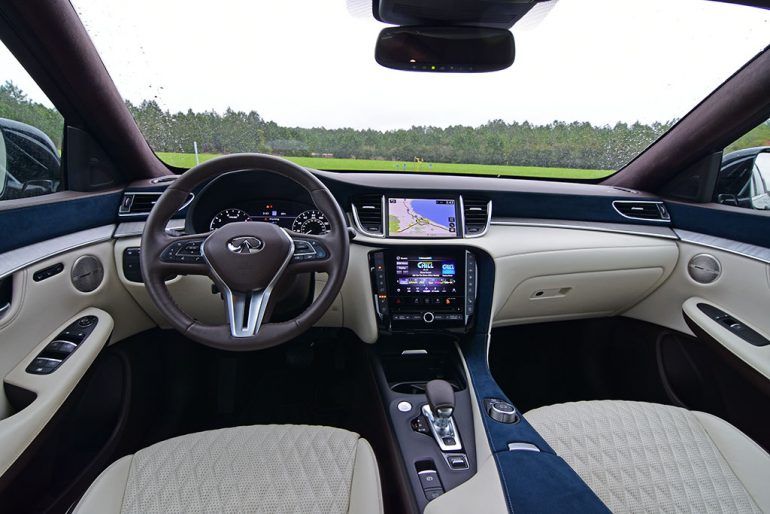 At the top of the trim food chain for the new QX50, my Autograph test vehicle comes by default with every available option bundled up in the trim package. Many of the highlighted features, such as the upgraded interior upholstery and suede trim, powerful 16-speaker Bose audio system, the ProActive package with ProAssist (adaptive cruise, lane departure assist, adaptive LED headlights), Surround view camera system, and heated & ventilated front seats, complete a luxurious theme throughout the cabin. The roominess of the cabin is a surprising characteristic for a Luxury crossover that is technically classified as compact as there is plentiful space up front and out back for adults, and the seats feel extremely comfy where they appear to equalize the pressure of your body throughout to reduce long-distance fatigue. 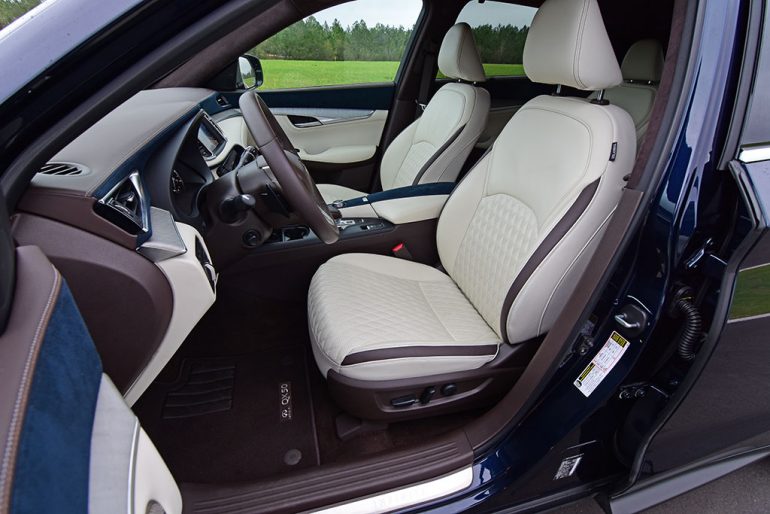 In keeping with what I experienced in my last full review of the QX50, the 2020 model improves upon a few tech items when it comes to the returning dual-screen infotainment unit setup. The system now incorporates Apple CarPlay and Android auto along with some slight function improvements for a better response of inputs. Still, the system has a learning curve that you must get over and occasions when your on-screen press doesn’t register at all due to rather smallish button areas. The limited number of physical buttons still could use some improvements to provide a few more buttons instead of relying on going through the nearly countless on-screen menu sets. 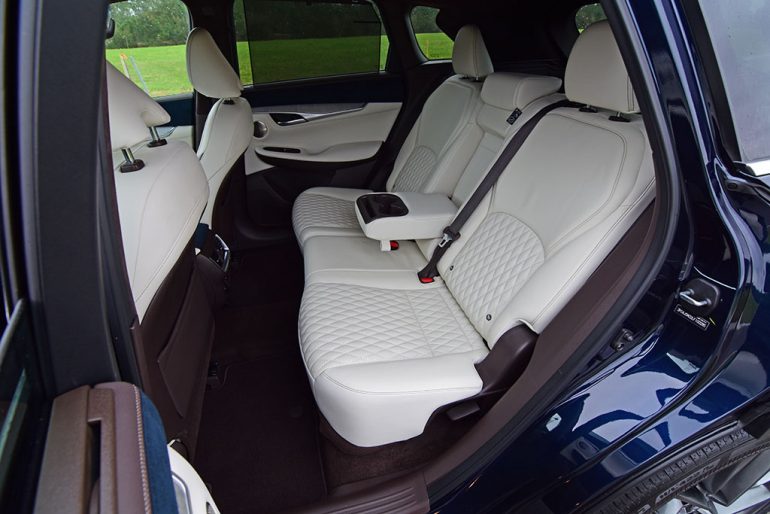 For a value perspective, the new 2020 Infiniti QX50 is an attractive buy that starts at only $37,250. Moving way up to the top trim levels, such as the mid-range Essential AWD trim, the price gets up to $46,100. With my top-level QX50 Autograph AWD trim, you’ll expect to reach $55,850 before any fees or the addition of my test vehicle’s $2,000 premium white leather package. 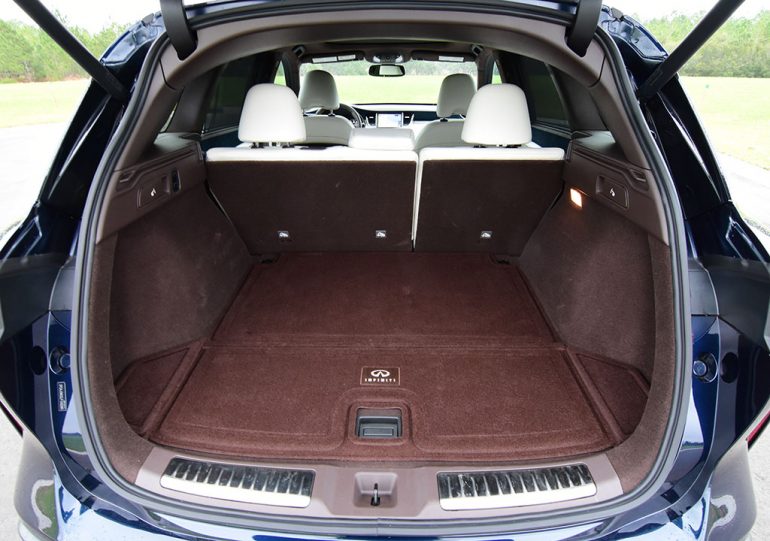