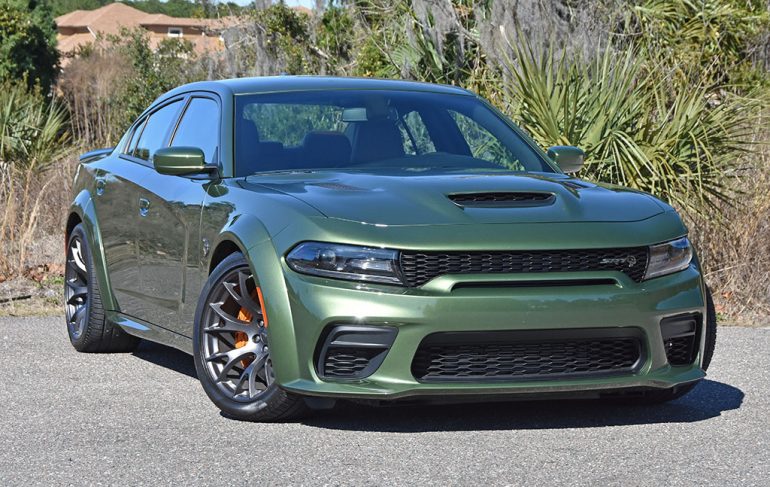 Many of us live on the edge or live each day as if it was our last, sometimes, not on purpose. During the past week or so, I had such an epiphany of living on the edge while driving the new Dodge Charger Hellcat Redeye, a vehicle that isn’t for the faint of heart but for those who are willing to remain engaged in the driving experience or who want to live on the ragged edge of life.

There’s nothing wrong with living on the edge, considering you do it with some consideration for others. The new Dodge Charger Hellcat Redeye is a vehicle that makes you think about life, not that you will lose your life driving a 797-horsepower 4-door monster, it’s just the fact that if you want to keep living on this earth, you’re going to want to pay attention to your right-foot placement. Don’t get me wrong, the Charger Hellcat Redeye isn’t inherently dangerous, it just deserves your undivided attention when you have so much power at your beckon. 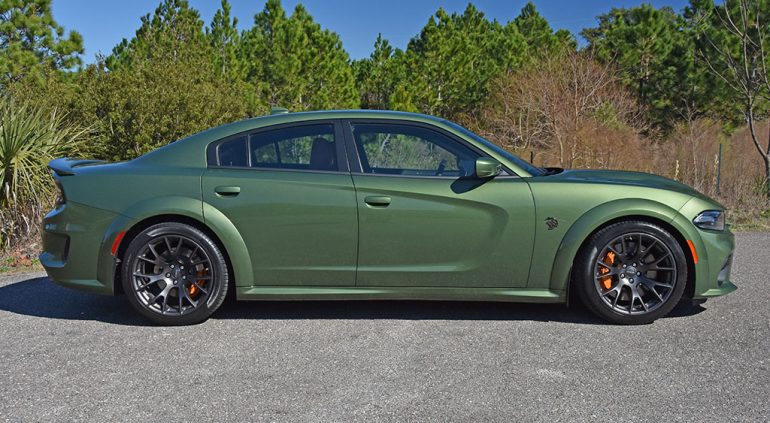 In my countless experiences with the many Hellcats from Dodge, I’ve always managed to have giggle-inducing fun. This week has been no different with the big Dodge Charger powered by a 797 horsepower and 707 lb-ft of torque 6.2-liter supercharged V8 engine. The extra power over the “normal” Hellcat’s 717 horsepower is felt throughout the RPM range. In fact, with the cooler Florida weather, the rear 305-patched 20-inch tires almost feel as if they are gliding on sheets of ice. When they warm up, traction is only improved slightly and you still have to mind your right foot over the rather soft gas pedal. 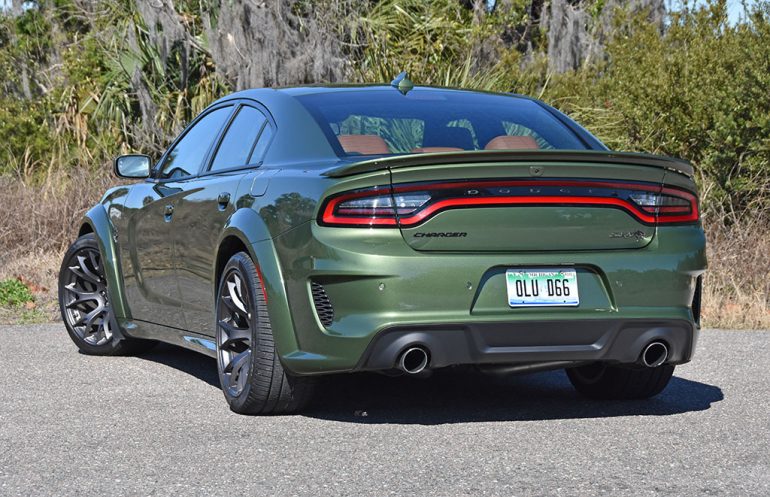 There’s no getting around the fact that the Dodge Charger platform is quite aged at this point, and it shows in the switchgear and form factor of the beefy bodywork and interior space. There’s a lot of equipment carried over for over a decade now. However, that really doesn’t matter when Dodge keeps adding power to the Charger, now nearly 800 ponies all shoved through a proven HP90 8-speed automatic transmission before it spins the rear wheels. 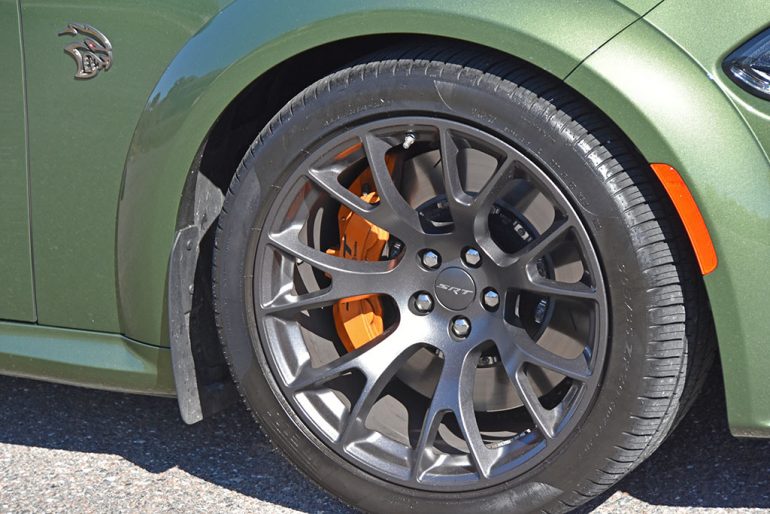 Overall, there’s a looming uneasy feeling about the way the Charger Hellcat Redeye wallows about and attempts to put down just a fraction of that 797 horsepower to the ground. Fundamentally, the Charger Hellcat Redeye is sloppy, in the way that you expect an American muscle car to be. Even the torque converter will slip while in a gear to induce unwanted wheel spin when you’re not even trying. Don’t even count on stability and traction control to save the day because it will still allow the rear wheels to spin for a second or two, just enough to put your heart rate well into the three-digits. However, The Charger Hellcat Redeye is downright fun, and THAT is what matters here. Those who seek a Hellcat aren’t all that concerned about balance, curb weight, fuel consumption (12 mpg city/21 mpg highway) or even track time on a twisty circuit. They want those bragging rights, that American muscle car feel, and the versatility to drive such a vehicle every day to work and to drop off the kids at school. Basically, it’s American-fun for the whole family, and Dodge has managed to keep that spirit alive in the confides of an aged platform that somehow stays modern with subtle updates in the user-friendly 8-inch touchscreen infotainment system, SRT performance pages with a unique supercharger intercooler cooling system control, fresh new colors and cabin trim, and through larger-than-life horsepower numbers. 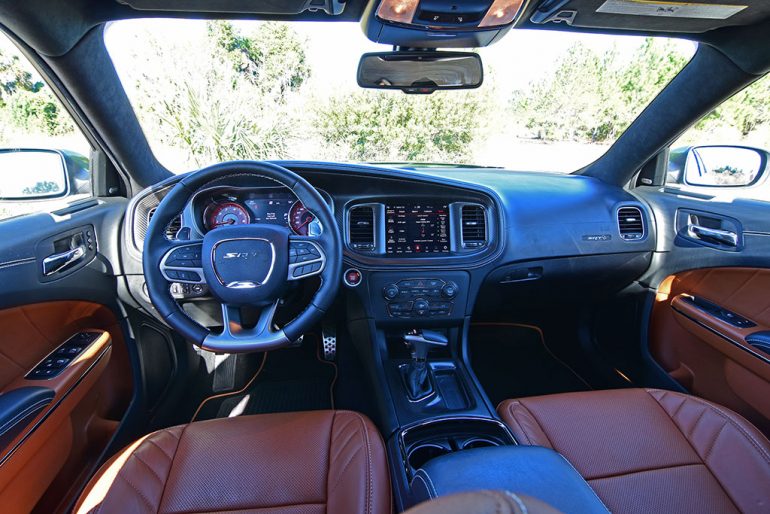 In what Stellantis (formally FCA) has managed to do with the Dodge Charger’s platform and its sharing Challenger is simply amazing. Enthusiasts around the country clamor to the Hellcat as if it was the latest exotic to hit the market – and it is in some ways due to how much practical horsepower you can get without spending six figures. 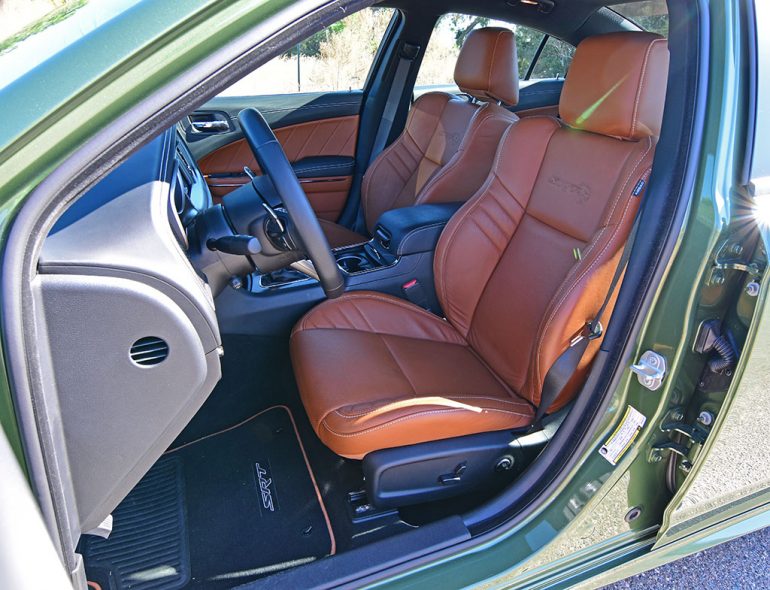 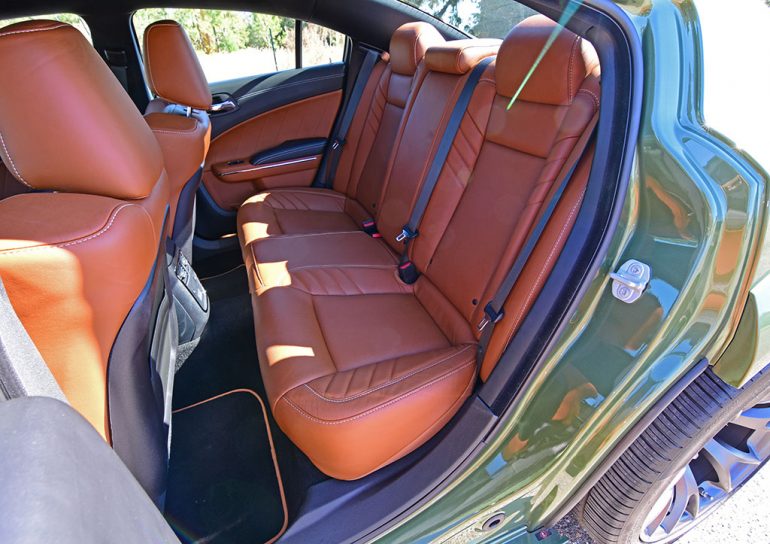 By now, much of what the Hellcat is made of is well known throughout the enthusiast community. Those who are interested in a Hellcat don’t necessarily need me to tell them to be careful driving such a vehicle with so much power, they need me to tell them to GO GET IT, and enjoy your attempts to hit 60 mph in 3.5 seconds, or reach 200 MPH on an approved and closed track, because that’s what you can do all for a price of $87,165 when it’s nearly loaded like my F8 Green beastly test vehicle. Get it now while we can, because this, in fact, may be the last few years we see so much power produced by a fire breathing American muscle car come out of the factory. 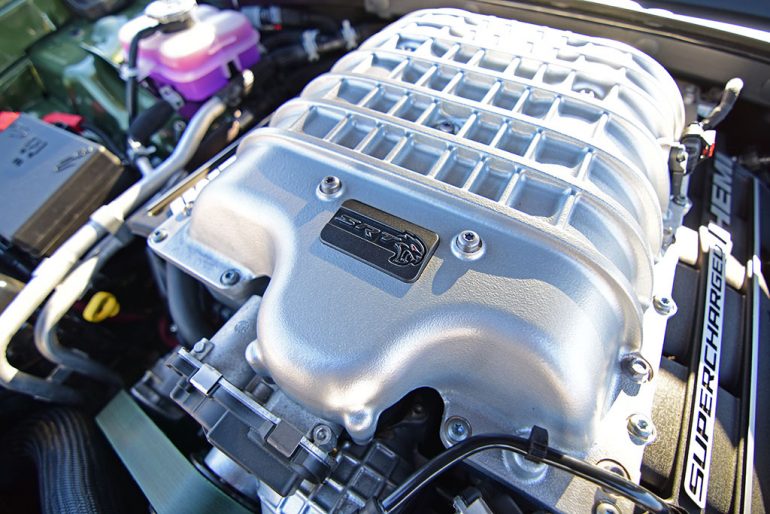