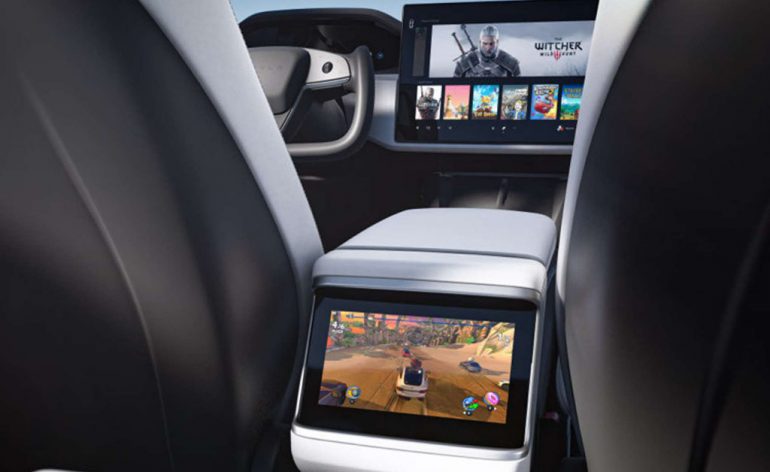 Computers in modern cars can perform all sorts of wonders. According to the National Highway Traffic Safety Administration, these wonders should be curtailed while you’re driving. Mercedes-Benz recently discovered a quirk in the infotainment systems of four of its recent car models that allowed the driver to watch videos, browse the web, or even play video games while the car was in motion. After being made aware of the issue in mid-November 2021, the automaker made a change to its network servers and issued a recall for 227 affected cars.

Mercedes-Benz wasn’t the only automaker to allow drivers to distract themselves in 2021. Over the summer, Tesla issued a software update that gave occupants of the front seats access to movies, video games, and more. The NHTSA confirmed that it was investigating the functionality on December 8th. “The Vehicle Safety Act prohibits manufacturers from selling vehicles with design defects posing unreasonable risks to safety,” it said in a statement. Two weeks later, on December 22nd, the NHTSA opened a formal investigation. Tesla announced it would remove the functionality the next day.

The Dangers Of Built-In Games In Vehicles

Despite Tesla’s sudden cooperation, the agency’s probe continues. The NTHSA is set to investigate over half a million cars, focusing on the Tesla Models 3, S, X, and Y made between 2017 and 2022. According to documents released as part of the investigation, the ability to play video games has been present since December 2020. Tesla has on-screen warnings about the dangers of playing video games while driving, but the cars lack the ability to distinguish between front-seat passengers and drivers interacting with software. This allowed drivers to distract themselves with games like Sky Force Reloaded and Solitaire or browse the web on the car’s touchscreen.

While Tesla owners are keen to install physical aftermarket upgrades like coilover kits, modified software is a much bigger hassle. But what are coilovers? Coilovers serve as shock absorbers – they keep the vehicle from bottoming out. They also allow drivers to switch between street driving and track configurations with ease, making them particularly popular among performance enthusiasts. When it comes to non-physical upgrades however, Tesla has been fighting back against its owners’ ability to install third-party software modifications since 2020. When a Tesla detects modified software, it warns drivers that their cars could be damaged or shut down by the hacks. It might still be possible to restore the ability to play games while your Tesla’s autopilot drives for you, but given that your modification will make Tesla cranky and void your warranty, it’s probably easier to just use your phone.

While Tesla seems to be in hot water over its software systems, Mercedes-Benz and other auto manufacturers are taking the risk of distracted driving seriously. Recall documents suggest that Mercedes’ concern extends to drivers being distracted by passengers playing games, not just drivers playing the games themselves. Many modern cars, including the 2022 Jeep Grand Cherokee, have solved this problem by angling entertainment screens to be hidden from the driver’s seat. Front passengers can still watch TV, play games, and surf the web, but the driver can’t see a single pixel. 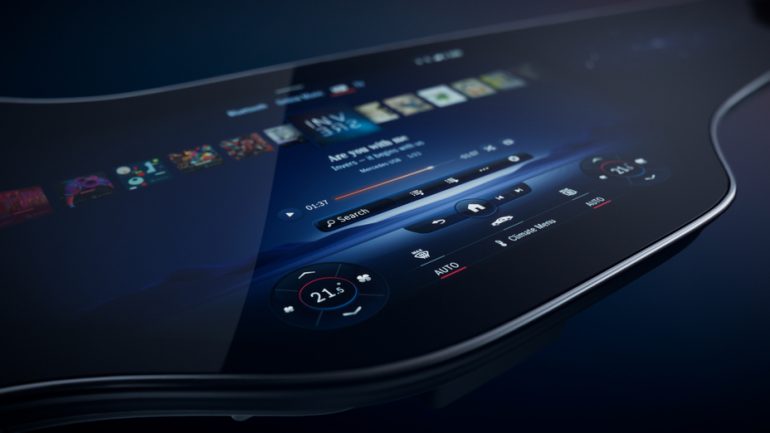 Mercedes’ haste to issue a recall may be related to a 2019 penalty of $13 million issued by the NHTSA related to previous recalls. According to the regulatory agency, Mercedes was too slow to issue recall notices to drivers and report problems to the agency. While the automaker maintained a website that allowed vehicle owners to check the recall status of their cars by VIN, the agency identified flaws with both the operation and the functionality of the online system. Two years after the fine, Mercedes-Benz’s US team seems dedicated to avoiding its past errors and issuing recalls sooner rather than later.

No More Video Games While Driving

As of December 2021, it’s no longer possible to play video games while driving a Mercedes. Four models, including the 2021 S580 as well as the 2022 S500, EQS450, and EQS 580, briefly allowed the driver to access entertainment features on the car’s front touchscreen while the car was in motion. The German auto manufacturer was quick to issue a recall of 227 affected vehicles and fix a network server issue that contributed to the accidental functionality. While Mercedes’ driver distraction seems to have been a limited thing, an NHTSA investigation into Tesla entertainment consoles alleges that drivers may have been able to play video games since 2020. Despite an industry trend towards measures like angled screens, entertainment lockouts while the car is in motion, and more, the CDC says that 8 people are killed by distracted drivers each day, which is why lawmakers have been cracking down on their use in current vehicle models.