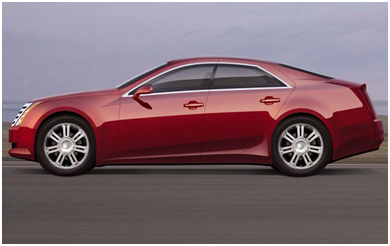 All other car companies admire what BMW has done with the 3 Series by Making it an “affordable,” sport-luxury model that brings in huge profits and is well followed by many ( I go with my friend in is his 2004 330i for lunch every chance I get). Alpha is GM’s small rear-drive vehicle architecture and will be launching in late 2010 sedan as a smaller-than CTS Cadillac aimed squarely at the BMW 3 Series.

This is where the volume is in the premium segment, both here in the U.S. and abroad. This is where most automakers bread is buttered. Cadillac simply cannot afford not to do this car and must do a coupe, convertible, and wagon variations of the car, following Mercedes-Benz and BMW. 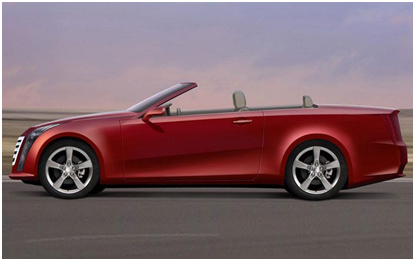 The 2012 Alpha convertible will probably follow shortly after. An Alpha coupe is a logical addition, although here’s where the picture gets fuzzy. I have seen spy photos of a radical two-door hatchback-style car (with likings to the concept Z3-based BMW M Coupe that appeared in 1998). Cadillac may be anticipating an growing liking toward luxury C-segment hatchbacks, which seems a bit risky, even for the European market, although Mercedes is a competitor in this segment with the C-Class CLC. 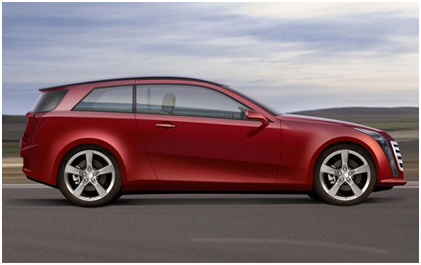 Bob Lutz was already pushing for a coupe that was more or less a smaller version of the CTS. But the CTS Coupe’s extreme take makes it a bit harder to make a top-down at low cost compared with a more conventional three-box design-and a convertible to rival BMW’s 3 Series and Mercedes’s CLK is essential if Alpha is to be a truly global, high-end vehicle.

GM’s design Chief Ed Wellburn made it clear he doesn’t want Alpha to be a smaller version of the CTS as he states “You know, if you’re doing a smaller-type Cadillac, you’d have to tighten up the forms more,” he says, without actually confirming that the car is in existence. “if you’re doing a smaller one, you’d want it to be an excellent handling car, and you certainly wouldn’t want to do what some other car makers have done, have brands that do handling well and have a heavy body. 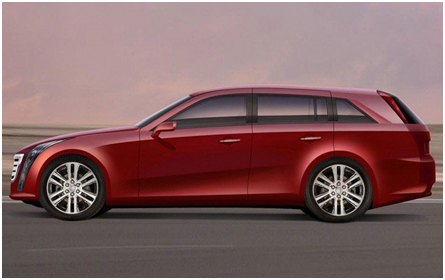 For Alpha’s range of power plants Cadillac is developing a direct-injection turbocharged 2.0-liter engine with the same fuel-sipping power-enhancing technology as the soon to market Chevy Cruze’s 1.4-liter turbo four cylinder to make about 220 horsepower. An optional 2.8-liter direct-injection V-6 from the (3.6) family could produce the upward range of about 270 horsepower. Europeans will be offered the well performing 1.9-liter turbo-diesel four.

I believe that Cadillac should make the CTS as the competitor to the 3 Series, redevelop the STS to compete squarely with the 5 Series and get a really solid flagship that can run with the high end flagships of the luxury market. When you compare a 3 series and the 5 series BMW you can barely tell the difference because they are very close in size and features so much so that for the saving in price you are always tempted to go to the 3 series even when you can afford the 5.

I believe that the reason the current STS presence is so week is that it looks exactly like that CTS but is not as fun and has not been put on the front line like the CTS was. When I compared the two, the dimensions were so close that I would use the extra cash for the STS and get me a CTS-V. Then GM went the extra length and Killed the STS-V oh that hurt my feelings. I am of the 6 foot build and the CTS makes me feel cramped I feel really comfortable in the previous line of the STS 98 to 2004 which was nice and roomy for a person my size ( No I am Not obese ) in the CTS my knees are very close to the steering wheel.