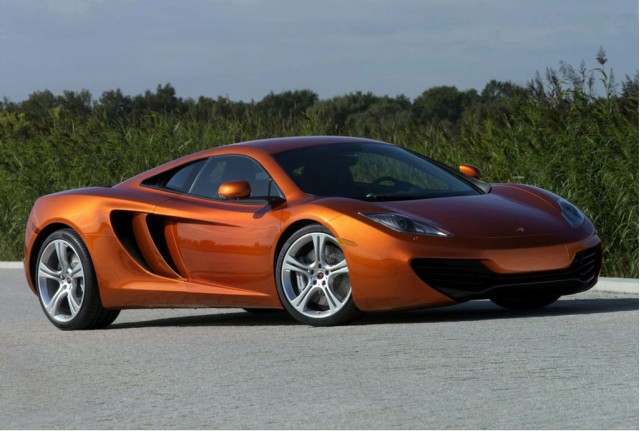 If you are any type of car enthusiast then you remember the McLaren F1. When someone mentions “McLaren” you immediately reference it with the F1 (or the Mercedes McLaren SLR) as you associate that moniker with pure performance and one of the most sought after supercars in the world. Now McLaren wants to rekindle that same feeling introducing the McLaren MP4-12C which has been officially launched at the McLaren technology center in the UK during a press conference.

The McLaren automotive team has a heavy-hitting history in the automotive performance racing world known as Formula One. They have won 25% of all of the F1 races ever taken place dating back to 1966. In direct competition with competitors such as Ferrari, Porsche and Lamborghini, McLaren came out of the holeshot with the first production road car with a carbon fiber chassis. Now the MP4-12C carries on that tradition with the heart of its soul starting with a 600hp and 443 pound-feet or torque Twin-Turbo Charged M838T V8 sitting low in the carbon chassis.

Total mass of the MP4-12C is carefully calculated to 2,870 pounds on purpose by meticulously engineering every bit of the vehicle from the aluminum suspension parts to the hexagonal aluminum wiring harness conductors. No single cracks in the carbon structures during 40mph crash tests proves that no compromises were made when it comes to safety in the MP4-12C.

Performance, that’s rather a given factor handed down from generations of McLaren engineers developing their own engine this time for the MP4-12C. Transmitting the power efficiently to the ground is a 7-speed Seamless Shift dual clutch gearbox (SSG) with a Pre-Cog (pre-conditioning gearbox function) allowing the driver to pull the shift pedals back lightly to prepare the box for the next shift. Aerodynamics were carefully tweeked to allow maximum down force planting the MP4-12C to the ground coupled with an advanced air-brake to assist the carbon ceramic braking system.

Look for new highlights (check back here) and press information to be released after the press conference in the UK today.