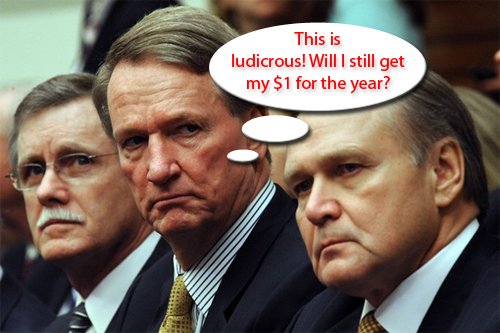 Late Thursday the U.S. Senate rejected the emergency bailout bill that would have provided upwards of $14 Billion to the Big 3 Detroit automakers. Many were hopeful of that was to come of the bailout after it was passed by the U.S. House just two days ago. Now the outlook is grim for the big 3 GM may actually run out of cash by the end of this month while Chrysler may have it’s issues by March.

Other options that are being pushed through is the step to do a repeat vote when Congress comes back next year with new legislation. We will all have to sit back and see what takes place in this situation. Rest assured, we will all be keeping our eyes open on this one. Maybe bankruptcy is not such a bad idea after-all.

Some believe that the auto workers union put a stall to the bailout by continuing to pay it’s people several dollars more an hour in comparison to the US autoworkers who work for foreign car companies here in America (ie: Toyota and Honda). Seems like more of the same when it comes to the “old” traditional ways that may have put us in the situation that we are in now. You can form your own opinion about that.

Hey Toyota!… do you want to buy GM or Chrysler? I think Ford may actually survive on it’s own considering it has the most cash on hand out of the GM and Chrysler.

What do you think? Express your comments, facts or opinions below!!!