Going Back to the Future and Further with Ford Technology 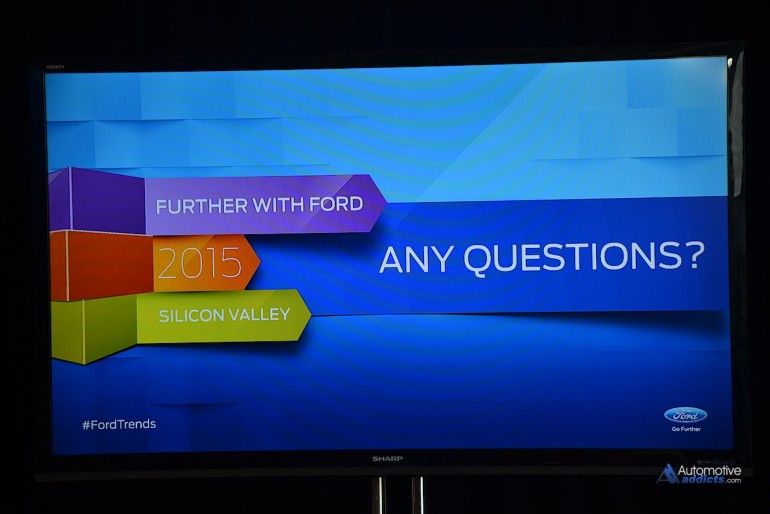 I have always been a fan of science fiction. The original Star Wars trilogy sits atop my favorites, but movies set in the not-so-distant future, like the second film in the Back to the Future franchise, also reside close to the top of the list.

Thankfully, many of the dystopian future themed films of my youth have failed to pan out. Robots aren’t running the world, a horrible virus hasn’t turned everyone into zombies, and while rising fuels cost have caused Max to get a little fussy, he really isn’t all that mad.

The fact that Back to the Future Part II is largely set in the year 2015 makes taking a look at the film in light of current events especially thrilling. Much of the future technology in the movie is transportation themed and while Michael J. Fox and Christopher Lloyd would receive top billing, the DeLorean DMC-12 time machine would steal the heart and imagination of a then teenage car enthusiast. 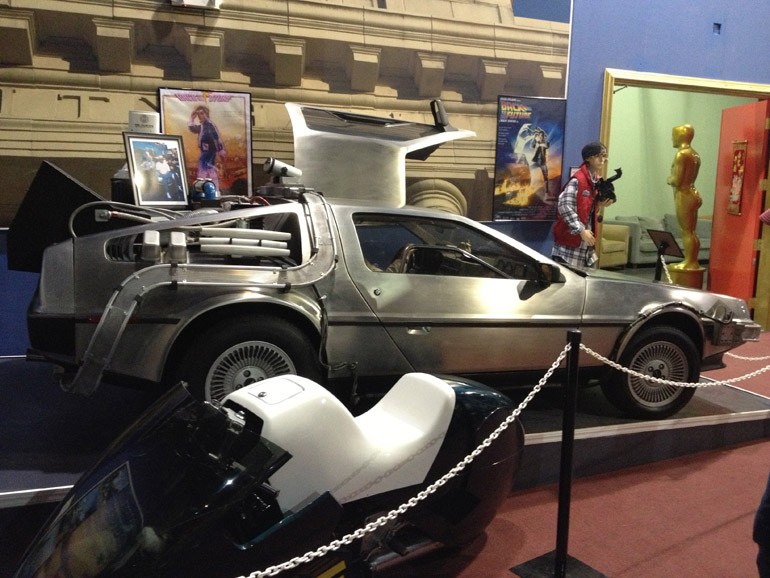 Obviously, the future envisioned by Robert Zemeckis turned out to be a mixture of fantasy and fiction with a drop or two of prophecy thrown in. Last week’s announcement by Lexus of a working hoverboard was a direct throw back to the film. Powering the Toyota Mirai Fuel Cell Vehicle requires a bit more work than simply tossing a few banana peels in the tank, but it is essentially the same concept and given enough time throwing in some old produce and soda cans might be all it takes.

While the flying cars in the film are mostly off the table for the time being, the vehicles that auto manufacturers like Ford are currently building and developing would have seemed equally impressive if they starred in any of the sci-fi adventures I loved so much as a kid. 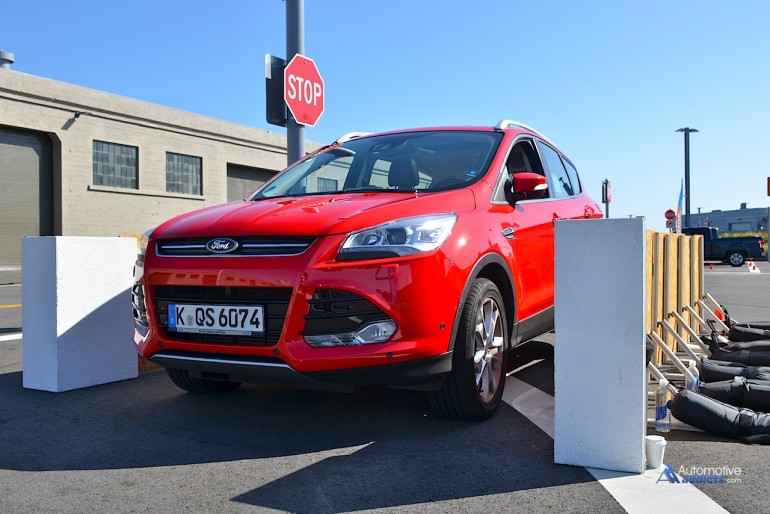 When I was 16 and preparing for my drivers test, owning a 2016 Ford Escape that searches for open spaces and then parallel parks itself would have been a dream come true. The 2016 Ford F-150 equipped with a pro trailer backup assist system that lets you easily steer the trailer with a dashboard-mounted knob may have been enough to keep me from selling my boat. 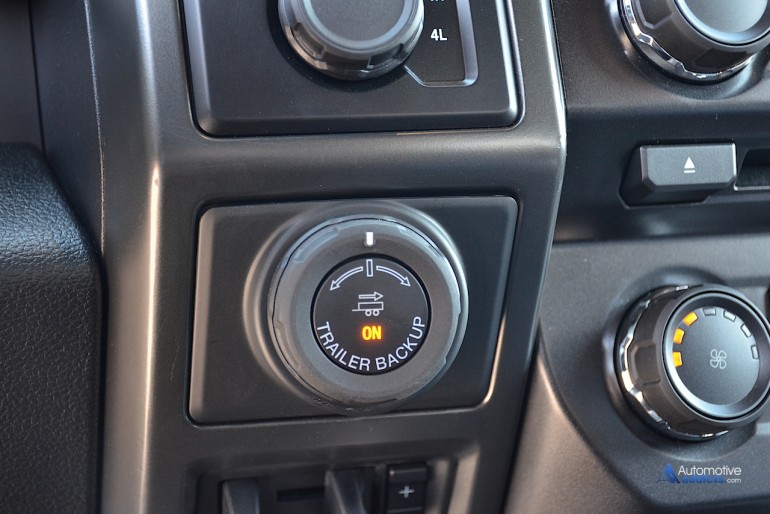 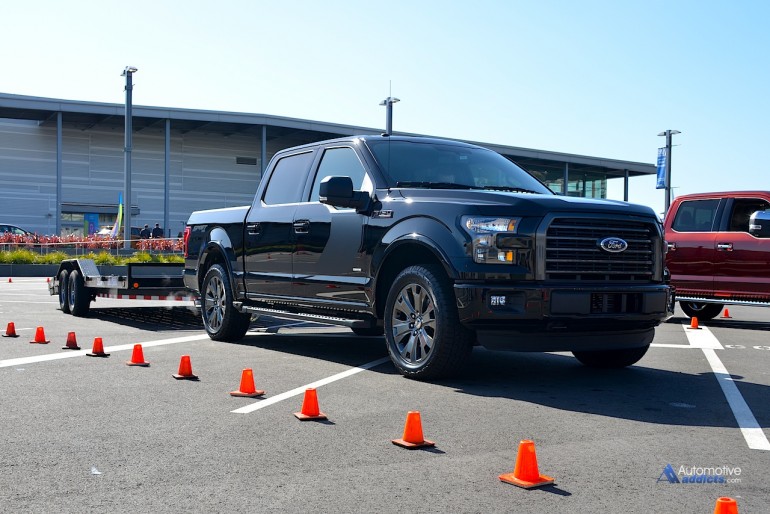 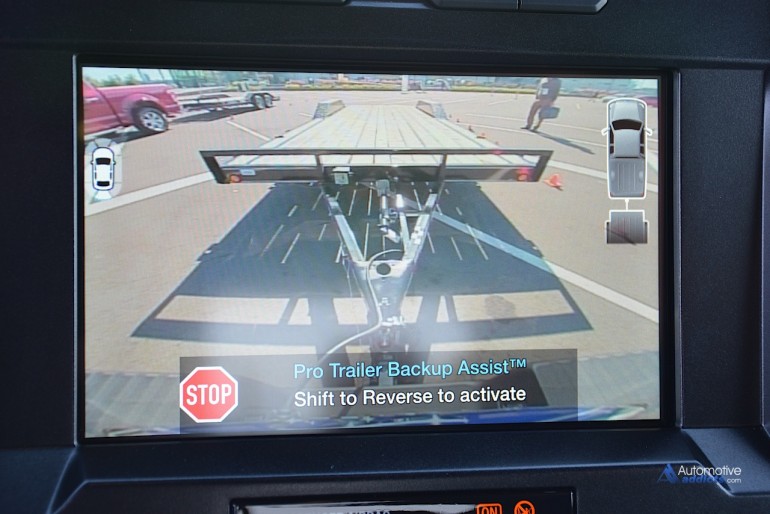 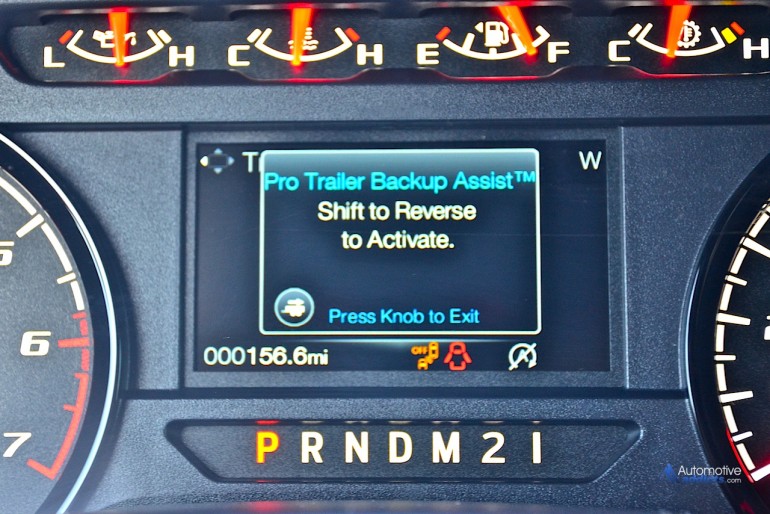 Not impressed yet? Imagine a Ford vehicle that lets you pull into a tight parking space or garage using a wrist mounted remote control while standing in the driveway. How about a valet who sits in an offsite office and can, with permission of course, take over and drive your Ford vehicle to a parking area by using a drone inspired remote system? 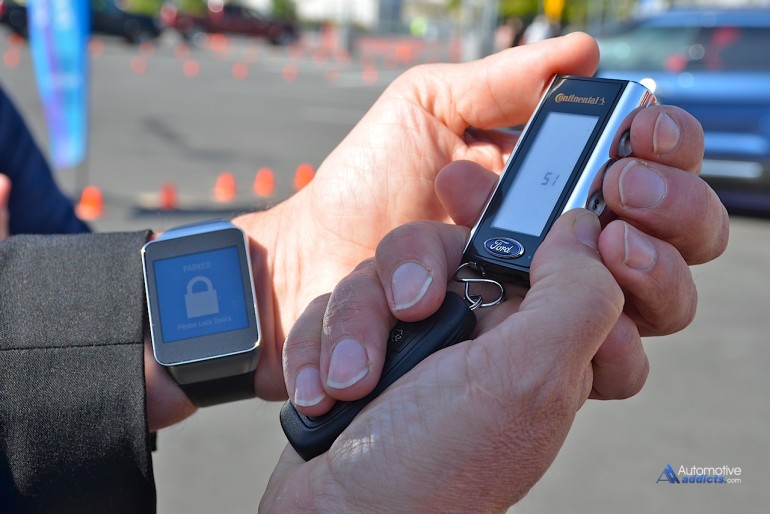 Last week I traveled to San Francisco, California to attend the 2015 Further With Ford trends conference. Unlike previous conferences held in Detroit, Michigan, this year’s event was held near Ford’s new Research and Innovation Center in Palo Alto, California allowing the manufacturer to showcase the technological progress and prowess of the US based automotive giant. 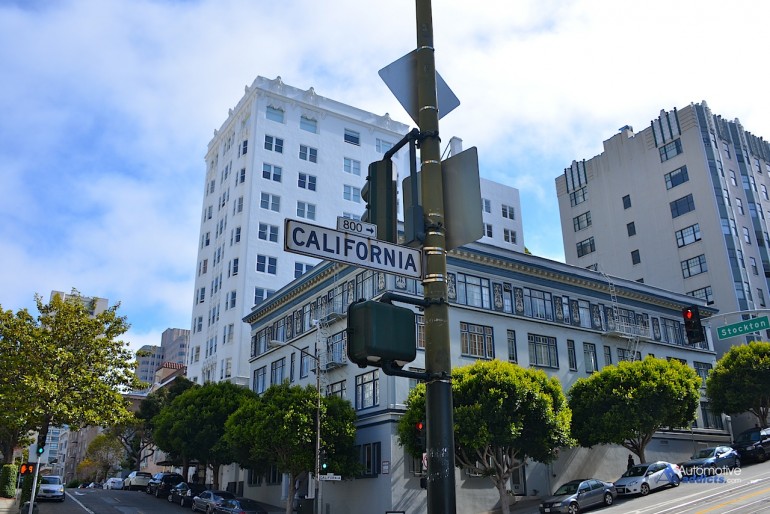 Touring the Research and Innovation Center was an eye-opening experience. Now six months into Ford’s Smart Mobility Plan, Ford president and CEO, Mark Fields, greeted us with a keynote address announcing that the company was now ready to move from “experimentation to implementation.” After a short visit to the Silicon Valley based facility, the fruits (vegetables and legumes) of Ford’s plan are obvious. 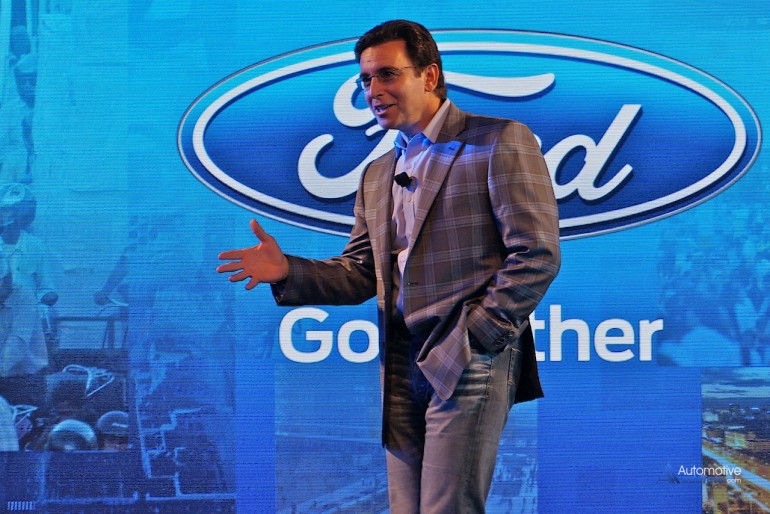 The efforts that Ford is making to reduce the environmental impact of vehicle manufacturing go far beyond better fuel economy. Extensive research in the use of renewable resources to displace fossil fuels has led to Ford’s development of a soy foam material that replaces traditional petroleum based products. By using 31,251 soybeans on every Ford North American built vehicle, the company is able to reduce CO2 emissions by over 20 million tons and save 5 million pounds of petroleum annually. 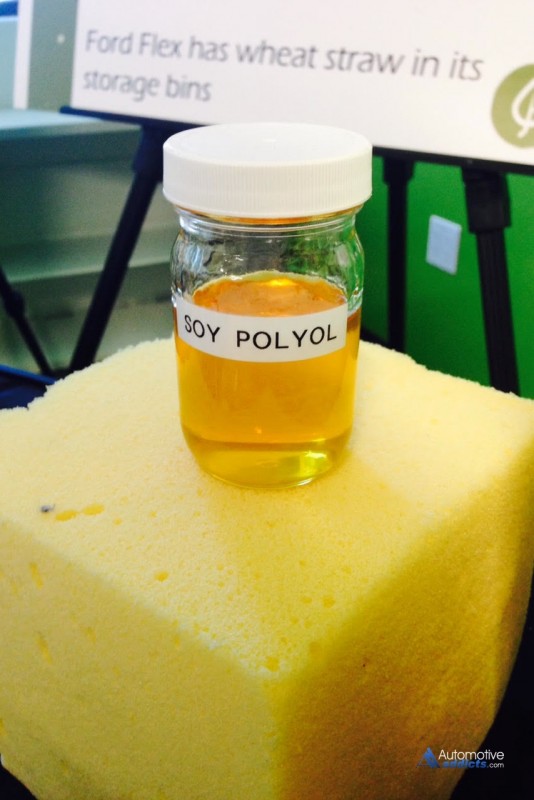 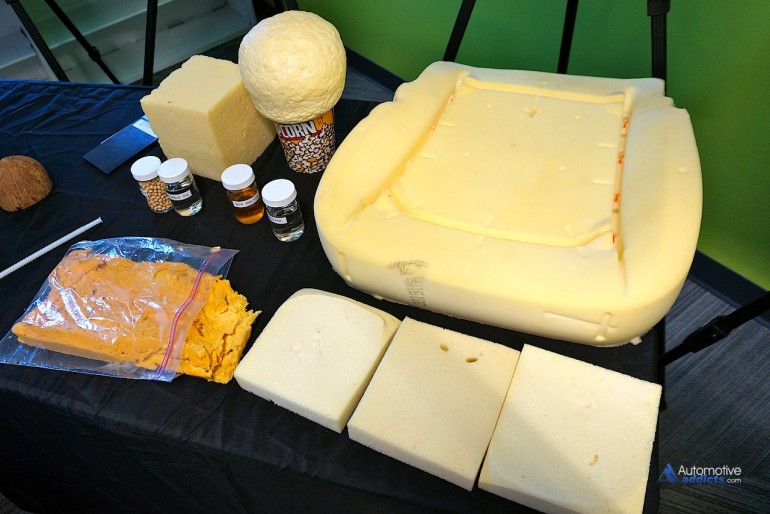 Ford is also experimenting with recycled rice hulls, wheat straw, coconuts, tomato waste from the production of catsup, and even shredded out of circulation US currency to create new materials for the use in future vehicles. The holistic approach that the company has taken is refreshing and just as forward gazing as any of the science fiction movies of my youth. 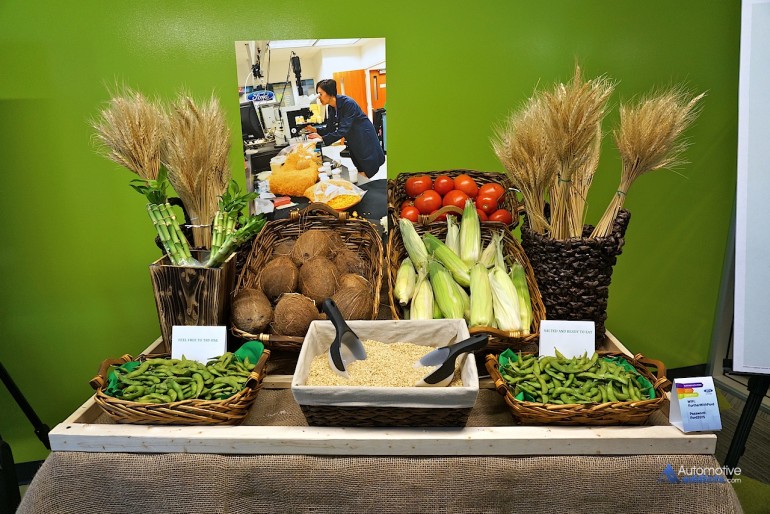 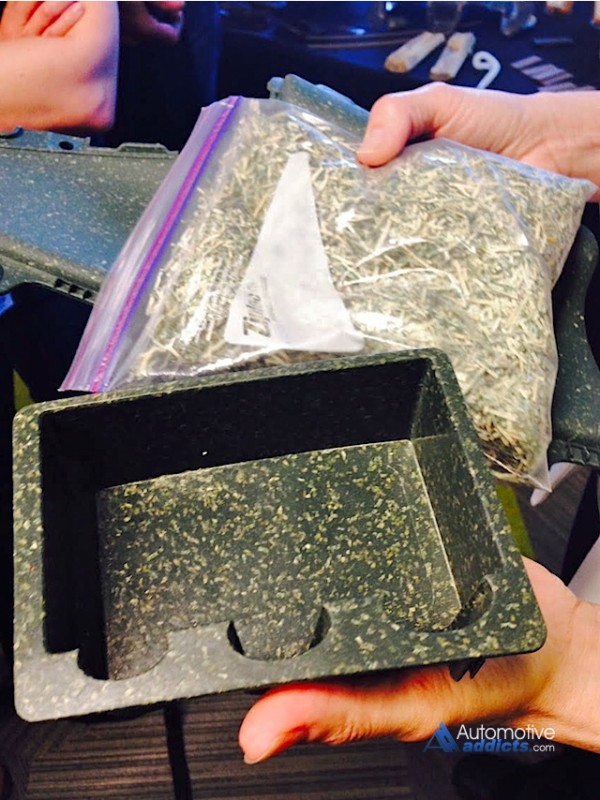 Every wonder what $20k of shredded out-of-circulation US currency would look like if Ford turned it into a coin tray?

One of my favorite childhood memories was watching David Hasselhoff use a wristwatch to communicate with his Pontiac Trans Am on the TV action drama “Knight Rider.” With the integration of the new Apple Watch and Android Wear enabled MyFord Mobile application, car owners can get a taste of being an 80’s crime-fighting television star. The app allows owners to monitor the driving range and battery charge of their plug-in and hybrid vehicles from their wrist. While Ford is still working on the tech to have the car drive itself to your location, the app can remind you were you last parked. The further development and uses of the technology are almost endless. Spending a few minutes with the Ford engineer had my mind racing with possibilities. 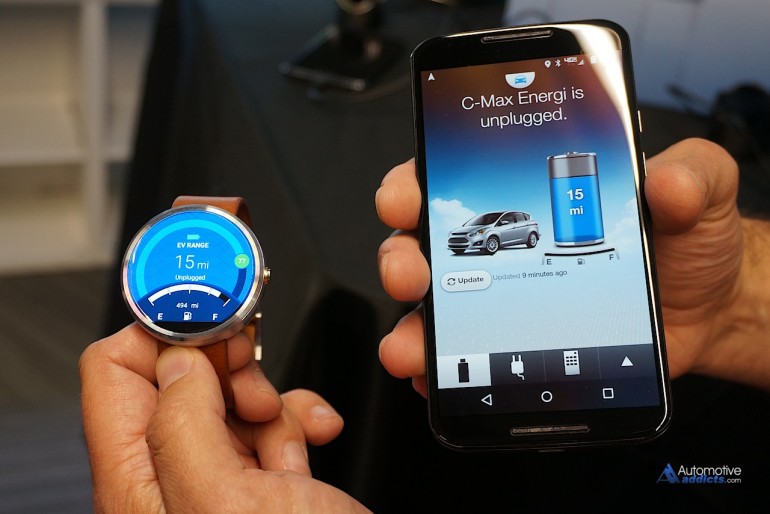 Ford has also been working with Nest, the company that builds those nifty self-programming WIFI enabled thermostats and home monitoring systems, to transparently connect Ford vehicles to the home. You can use the SYNC 3 infotainment system to automatically lower or raise the temperature of your home’s interior as your car gets closer to your neighborhood. If the Nest system detects smoke in the house, it will send an alert to the vehicle dashboard. Again, the Ford team is just beginning to explore the potential uses of this system; I look forward to seeing what the capable minds at the Palo Alto Innovation Center think up in the future. 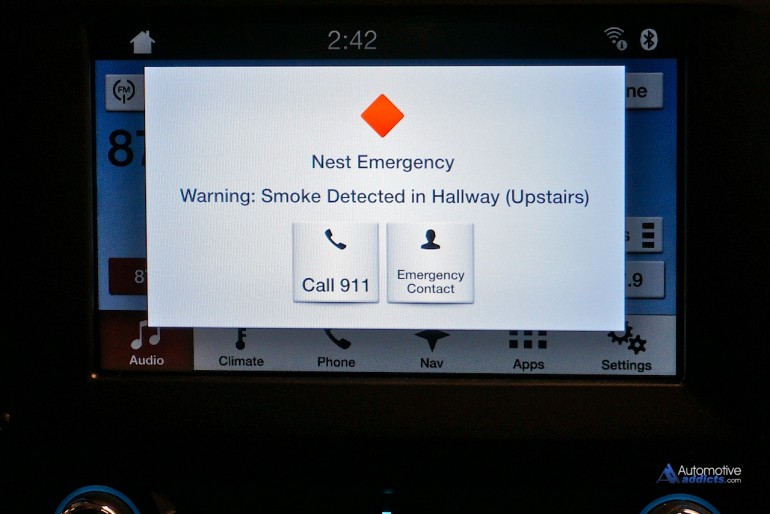 I was able to check out Ford’s recently announced all-new SYNC 3 communications and entertainment system. The system will debut in North America on the 2016 Ford Escape, Fiesta, F-150, Mustang and Transit. Even in my brief time playing around with the touch screen based interface, I found the third version of SYNC’s system to work faster, respond quicker and more precisely to voice commands, and have a more familiar layout and design to that of my trusty cell phone. 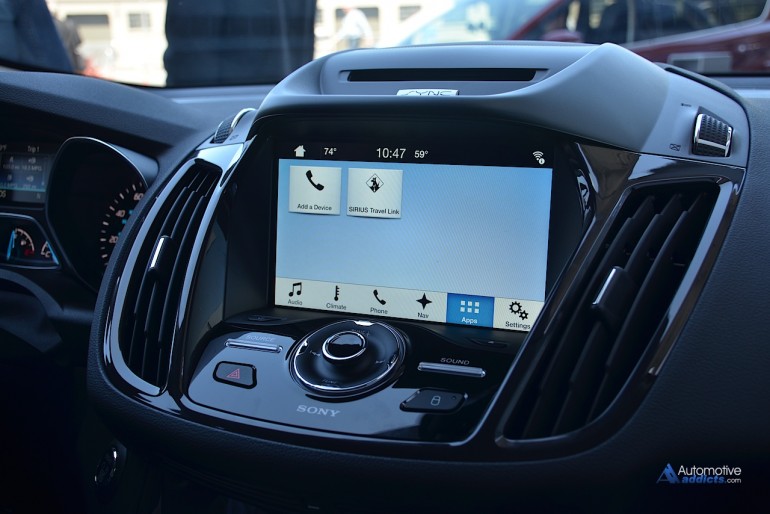 Much of Ford’s Smart Mobility plan centers on meeting the transportation needs of dense metropolitan areas and includes creative ways for people to share the burden of car ownership. Based on the findings, Ford is making an unprecedented amount of financing available for peer-to-peer car sharing in select markets.

Realizing that cars and trucks are not always the best way to navigate many urban environments, Ford is also exploring the electric bike market. The smart bikes will seamlessly integrate with the current line-up of Ford vehicles, allowing a driver to park at the edge of a congested urban area and pedal the rest of the way to the destination. Once again, the possibilities are almost limitless and I could dedicate an entire article just to this technology. Without going into detail, Ford has created a bicycle that will allow you to pedal like you are 20 years younger and automatically monitor your heart rate providing enough electric assist so that you don’t sweat during your trip. 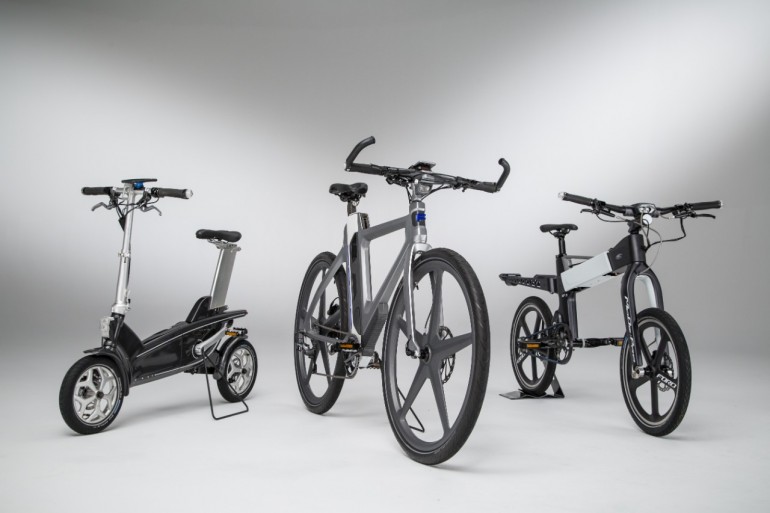 There where many times during my trip that I felt that the only thing missing was a punchy Huey Lewis and the News soundtrack. We are living in a time when the dreams from twenty-six years ago are the realities of today. The future is here and in part at least, it is powered by Ford.

Every wonder what $20k of shredded out-of-circulation US currency would look like if Ford turned it into a coin tray?