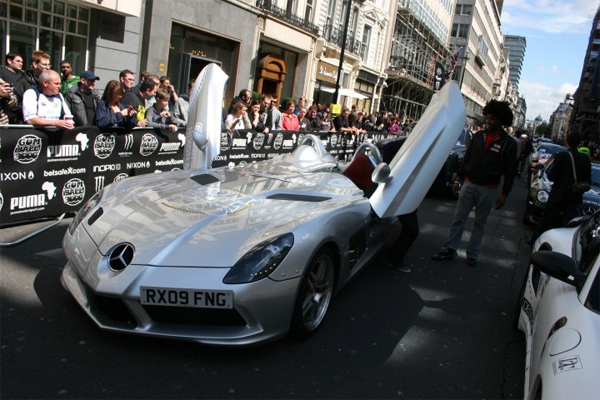 The infamous Gumball 3000 Rally (London) founded my Maximillion Cooper in 1999 has jump started this year from a pause in 2007 when the event (London-based) was canceled due to a mid-run accident that resulted in two fatalities. Although the rally is not an actual race, you do get some “spirited” driving. After-all, the exotic and luxury vehicles that enter into the 3,000 mile rally are not exactly “slow” vehicles.

The 2010 Gumball 3000 Rally made the first stop in Amsterdam then will make its way through Copenhagen, Stockholm, Montreal and Toronto before ending in New York City about a week later. Obviously there will be a long-long-long ferry ride in the mix to end the event in the states.

Enjoy the 17 minute video of the parade of Gumball 3000 Rally participants.