Behind the Scenes at the 24 Hours of Nurburgring 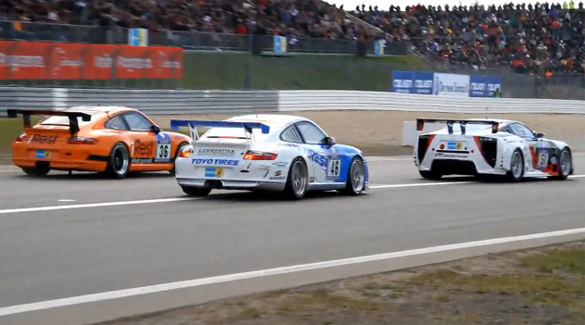 The highly competitive 2010 24 Hours of Nurburgring went down in the history books as a BMW M3 GT made an unexpected victory. The captivating legacy of the race lies with other prominent manufacturers as well such as Porsche.

One entrant of the race decided to chronicle a Porsche GT3 highlighting a behind the scenes and on the track perspective at the 2010 24 Hours of Nurburgring. Clash Productions, known for their Titan Movie preview video, filmed stunning footage behind the driver’s seat of Lammertink Racing’s Porsche GT3 Cup. Check it out for yourself below. Enjoy!