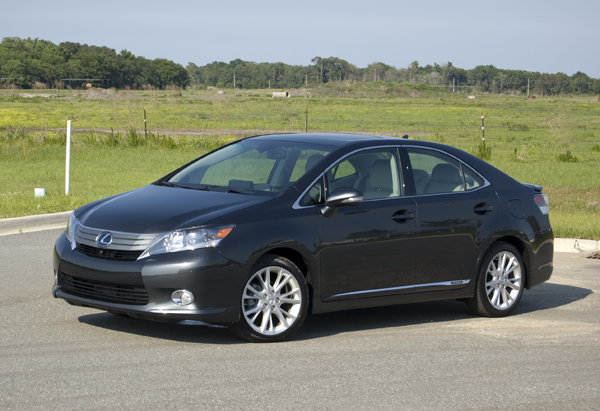 Toyota’s luxury brand has always thrilled me in the since of driving one of the most reliable, smooth and essentially boring cars ever when it comes to the new HS 250h hybrid. I am not going to beat around the bush and say the Lexus HS 250h hybrid is exciting to drive but on the other hand, it does what it is supposed to do and does it without many other complaints.

We had the opportunity to do an extensive evaluation of the Lexus HS 250h. We drove it in heavy traffic, took it on the highway, and even around the skidpad for a few laughs. The biggest laugh of them all was passing buy all of the gas stations on the way to and from our adventurous trips. Bottom line, we could not get the Lexus HS to empty its tank even after 400 miles of highway and our spirited driving on “closed course” testing grounds. 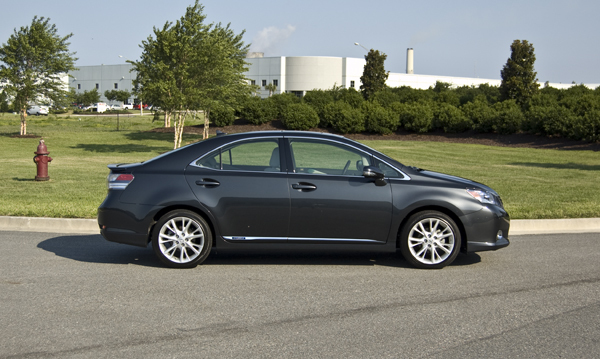 Although the Lexus HS 250h is loosely based off of the Toyota Prius, it had nothing but quality materials and a solid feel for a smaller luxury vehicle. The HS is much more than a glorified Prius, it is all Lexus with the exception of the audible buzz you get from the 4-cyl engine. That takes getting used to. 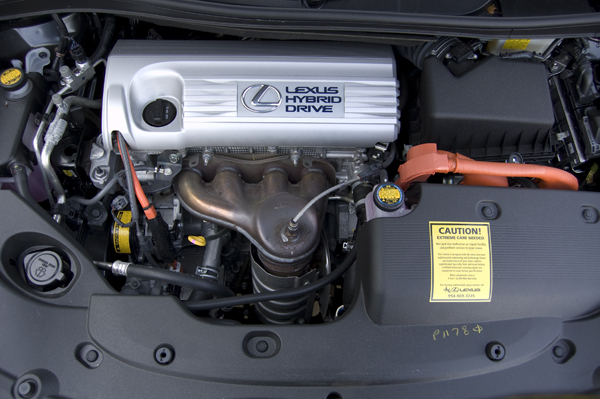 The Lexus HS burns a bit more fuel than the Prius coming in at 35mpg city and 34mpg highway. We got on average 33.2mpg on the highway but that lower figure may have been due to the countless bridges we have in route to our local interstates and highways. City driving is where the Lexus HS shined. The HS welcomes heavy traffic as we were able to dish out an astonishing 37mpg during rush-hour traffic. Most of this heavy traffic involved slow spurts of up to 20mph where the Lexus HS didn’t even have to start the engine. It gave us some time to play around in EV mode which is available under relatively soft acceleration up to 20mpg. After 20mpg the buzz of the 4-cylindar starts and all bets of a silky smooth Lexus are off. If it is one thing that Lexus could improve upon would be the noise that the 2.4-liter inline 4 makes. Not to mention, the improved transition between electric motor power to the gas engine power. Toyota has made improvements in the transition but it still could use a bit more smoothness. 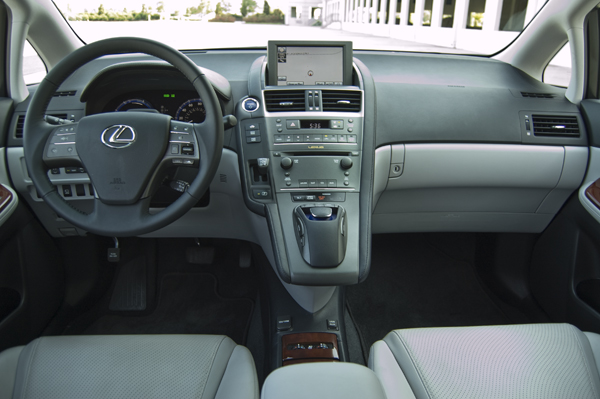 During our previous test drive and review of the 2010 Lexus HS 250h hybrid, we noted that “it is on the cutting edge of hybrid energy driven automobiles and is injected with the Lexus knowhow of quality, workmanship, and engineering.  It is the first ‘purpose built’ luxury hybrid and is perfect for the family that is used to the finer things in life that want to keep their driving ‘footprint’ as small as possible.” This is all still evident today as it was during the HS 250h’s introduction even when faced with real-world scenarios.