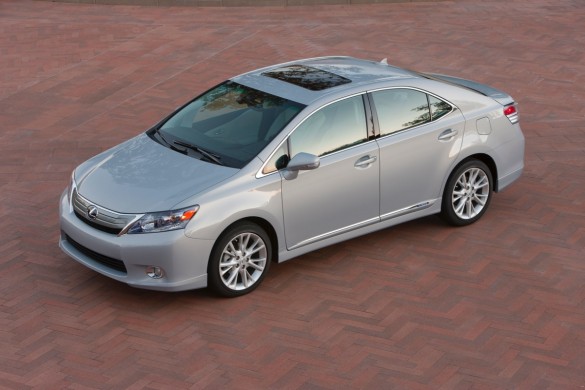 Lexus launched the HS 250h hybrid in the U.S. in the summer of 2009, as a 2010 model. Meant as a fuel-efficient bookend to Lexus’ other entry-level offering, the rear-drive IS sedan, the HS 250h never really took off in the U.S. market.

As Inside Line reports, sales in the 2010 model year were acceptable, hitting 10,663 units, but plummeted to just 2,864 units for 2011. The introduction of the less-expensive and more functional Lexus CT 200h had erased any market for the HS 250h, and the CT 200h has now become the fourth-best-selling vehicle in Lexus’ current product mix.

Sadly, the death of the HS 250h came with no announcement, but Toyota did admit to Inside Line that “Production of the HS 250h ceased in January, 2012. Lexus continues to monitor sales for each product and we make adjustments to make sure we meet market demand, and the discontinuation of the HS was part of that adjustment.”

If you’re looking for a hybrid sedan offering from Lexus in the coming months, you’re still in luck: Lexus will soon launch the ES 300h sedan, which is expected to be both more powerful and more fuel efficient than the discontinued HS 250h. We’ll bet that there are deals to be had on leftover HS models, though.