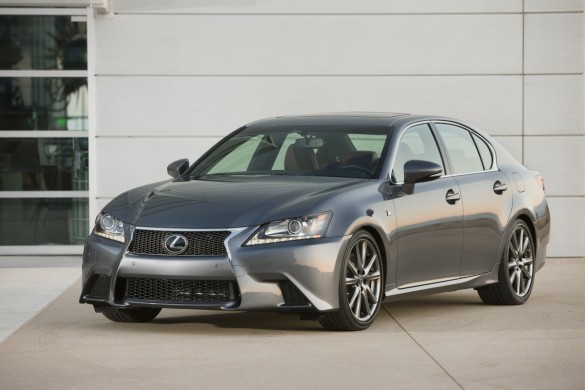 Lexus has announced a voluntary safety recall for one of its latest models, the 2013 GS 350 F Sport. As the car has only recently begun shipping, the total distributed population of the model is relatively low, and only some 650 units are affected by the recall.

As Motor Authority points out, the issue is the control unit behind the Variable Gear Ratio Steering. A programming defect can cause the steering wheel to become off-centered when the car is parked with the steering wheel turned, then immediately restarted.

Lexus is unaware of any accidents or injuries related to this defect, which will be corrected with a reflash of the control unit responsible for the car’s electronic Variable Gear Ratio Steering. Owners will be notified by Lexus beginning in June, but those with questions or concerns can reach Lexus’ customer service at (800) 255-3987.

Announced with much fanfare during this year’s Super Bowl, the 2013 Lexus GS 350 F Sport is the luxury automaker’s attempt to broaden its sport-sedan offerings. While the F Sport gets the same 306-horsewpower 3.5-liter V-6 as the rest of the GS 350 product line, it benefits from bigger wheels and tires, more aggressive suspension tuning and a body kit to improve aerodynamics.