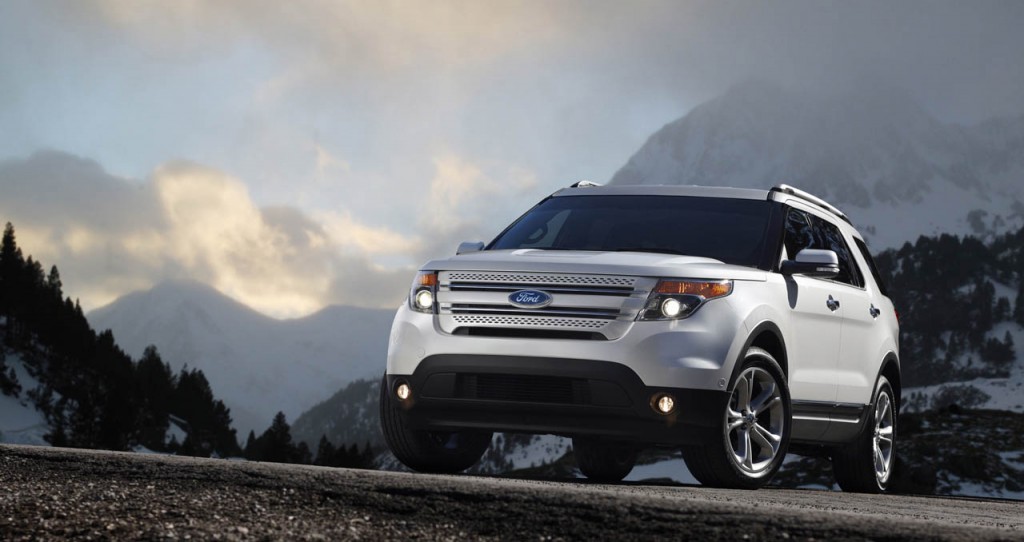 After Ford’s recent unveiling of the new 2011 Ford Explorer

, many people were left wondering what the price of the 2011 Ford Explorer would be. Ford has officially priced the new 2011 Ford Explorer at a starting point of $28,190. This price point places the new Explorer in the mix of its SUV lineup mostly consisting of other cross-over vehicles such as the Ford Escape, Edge and Flex. The big Ford Expedition remains if you want to venture farther away from the traditional unit-body constructed crossovers.

What does $28,190 get you? The base 2011 Explorer comes standard with a three-row seven-passenger seating. The base Explorer also gets 17-inch steel wheels with plastic covers and the normal run-of-the-mill standard features that you would expect in any base model SUV. To step up from that model you will have to opt for the XLT which starts at $31,190. The XLT adds fog lights, 18-inch aluminum wheels, keyless entry and opens up a variety of optional tech features such as the blind-spot information system with cross traffic alert. From their things start to get a little spicy with the top-of-the-line Explorer Limited starting at $37,190. This is where you get a car that you can talk to and it responds via Ford’s Sync system.

Speaking of responding, there is a standard 3.5-liter V6 that produces 290 horsepower and 255 pound-feet of torque.  For those wanting something a bit more economical and conservative, you can opt for a turbocharged EcoBoost 4-cyl which pumps out a decent 237 horsepower and 250 lb-ft of torque. Both engines will direct power through a 6-speed automatic in either all-wheel-drive ($2,000 option) or standard front-wheel-drive configurations.

Will the new 2011 Ford Explorer offer enough for this price to appeal to crossover shoppers? To find out, go drive one for yourself when it hits showroom floors early 2011.