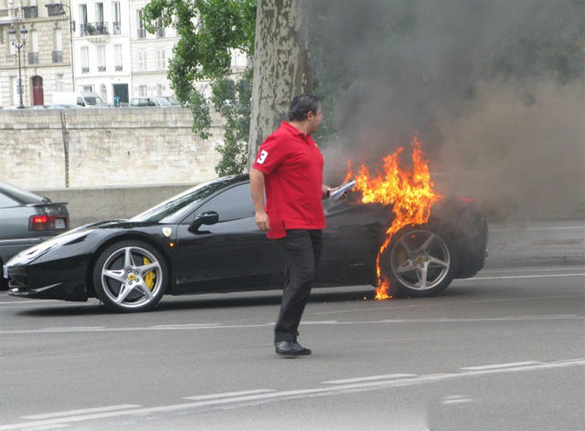 Reportedly Ferrari has issued recall letters to owners of the 458 Italia due to a fire risk. Lately we have seen a few instances of the Ferrari 458 Italia catching fire for an unknown reason virtually destroying the affected vehicles. You too have probably seen these horrid photos posted over the internet lately of 458’s engulfed in flames. Owners of 458 Italia’s have chimed in on the FerrariChat forum allegedly reporting that they have received a letter from Ferrari allegedly issuing a recall. 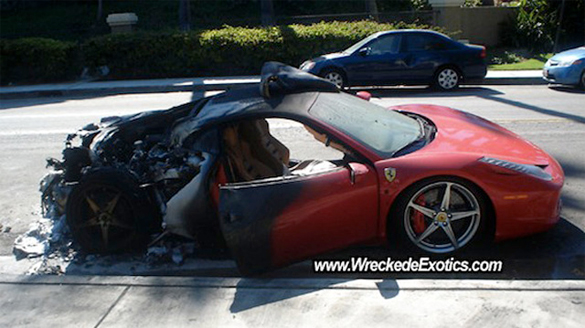 UPDATE: The fires were mostly the result of glue under the rear bumper heating up from the hot exhaust and thus causing a fire. Ferrari has addressed the issue and reported that several of the ‘fire cases’ were not the fault of the driver.